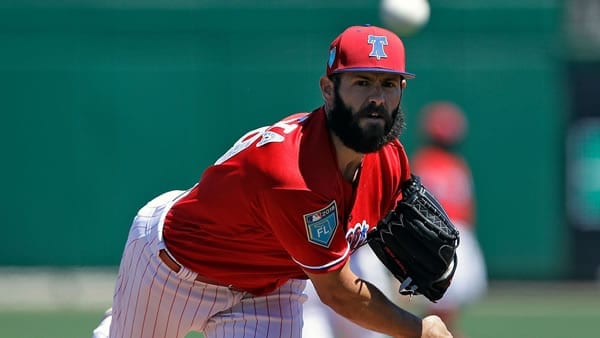 NOTE: This game has been postponed. Football is coming soon! For those of you not familiar with how football wagering works, check out our latest article on How to Bet on Football!

As of early Tuesday’s MLB betting, odds were holding off on lining this game, apparently because of some uncertainty surrounding the starting pitcher situations with both teams, following Monday’s cancellation.

New York opened this abbreviated 2020 season by taking two of three games from the World Series champion Nationals in DC over the weekend. The Yanks won the opener Thursday 4-1 with newcomer Gerrit Cole on the hill, then lost Saturday 9-2, but then scored two runs in the seventh inning and one in the eighth to win Sunday 3-2.

New York’s two wins over Washington both came as favorites on the MLB betting line, and Saturday’s loss came at a price of -205.

Philadelphia, meanwhile, opened its season by dropping two of three games at home to Miami. The Phillies lost the opener 5-2 at a price of -185 with Aaron Nola, won as a solid favorite Saturday, then took a hit at -210 with Vince Velasquez Sunday.

The Yankees are playing this season against a wins betting over/under of 37.5, highest in the American League.

These teams last met back in 2018 when New York took two of three games in Philly. All three of those games played under their totals.

Arrieta hit 10/24 on quality starts last season before having his campaign end in August due to bone spur surgery on his elbow. The former NL Cy Young Award winner also posted a 1.47 WHIP last year,
giving up 149 hits and walking 51 through 135 2/3 innings.

And yet the Phillies played 13-11 in Arrieta’s starts last year.

Arrieta’s last start against the Yankees came back in June of 2018 when over five innings, he gave up six runs – three earned – and nine hits in a 6-0 Philly defeat.

This will be Happ’s first start against Philadelphia since May of 2018, when, as a Blue Jay, he gave up three runs – two earned – and six hits through 6 2/3 innings of a 5-3 Toronto victory.

The New York bullpen has allowed seven runs and 13 hits through 13 innings of work so far this season. This unit is also operating for the moment without fireballing closer Aroldis Chapman, who tested positive for C-19 a couple of weeks ago.

The Phillies bullpen, after a bad Sunday against the Marlins, has allowed eight runs and 14 hits through 11 2/3 innings this season.

We give Happ a short edge in the pitching match-up, and the Yankees also own edges with the sticks and in the bullpen comparison, even without Chapman. So we like New York here for our free MLB pick for Tuesday.