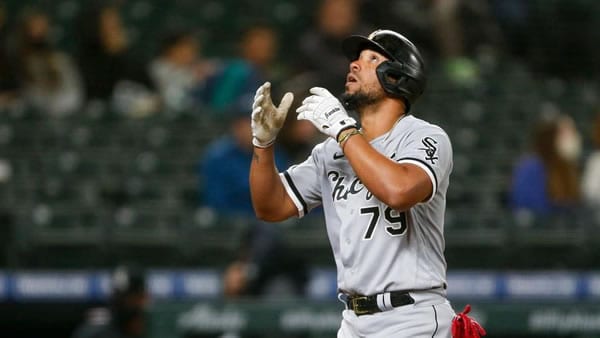 The Chicago White Sox host the Baltimore Orioles on Thursday, June 23rd at Guaranteed Rate Field. The first pitch in this matchup is scheduled for 08:10 ET. The MLB Odds Board places Chicago as the favorite (-160), with an OU line set at 9.0.

The Baltimore Orioles are coming off a 7-run win over the Nationals by a score of 7-0. Overall, the team’s pitching staff limited the Nationals to 0 runs on 3 hits. The Orioles lineup had a good night at the plate, coming up with 11 hits, leading to 7 runs. In the matchup, Baltimore was favored at -155.0 on the moneyline. So far, the team has been the favorite in 11 of their games, winning at a rate of 45.0%. Combined, the Orioles and Nationals fell short of the over-under betting line of 9.0 runs. So far, Baltimore has been a good candidate to fall below the betting line, as their over-under record sits at just 33-35-2.

In the Orioles’ last 5 games, they are above .500, going 3-2. During this time, they have an average scoring differential of +5. Baltimore has put together this record, despite averaging just 3.2 runs per game, compared their season average of 4.07. Baltimore’s overall series record is just 9-9-4.

Chicago will look to move on from a 4 runs loss to the Blue Jays, falling by the score of 9-5. On their way to giving up 9 runs, the White Sox staff allowed 13 hits. Offensively, they finished with 5 runs on 13 hits. This loss came as the game was a pick’em on the moneyline. In their 28 games as the underdog, their straight-up win percentage sits at 36.0%. The White Sox and Blue Jays went over the run total line set at 9.0 runs. For the season, the team’s over-under record is 34-30-3.

In their last 5 games, the White Sox have put together a record of 3-2. Their recent success is backed by an average scoring margin of +4 (last 5). Overall, the White Sox are averaging 4.28 runs per contest. But, over their last 5 outings, they have been scoring at a clip of 6.0 runs per contest. On the season, Chicago has won more than half of their series, going 10-9-3.

Dean Kremer gets the start for the Orioles, with an overall record of 1-1. Through 3 appearances, Kremer has an ERA of just 2.35 while averaging 5.03 innings per appearance. Across his previous appearances, the right-hander has a batting average allowed of 0.241. Opposing batters are hitting for power at a below-average rate against Kremer, as he is allowing just 0.6 per 9 innings. Kremer has had trouble generating strikeouts, averaging just 3.33 K’s per game on a K rate of 16.0%. Throughout the season, Kremer has avoided walking batters, allowing just 2.35 per contest.

The Chicago White Sox will send Johnny Cueto to the mound with an overall record of 1-3. In his previous outings, Cueto has lasted an average of 6.03 innings, putting together an ERA of just 2.95. This season opponents are hitting 0.229 against Cueto. Opposing batters are hitting for power at a below-average rate against Cueto, as he is allowing just 0.85 per 9 innings. Cueto is in the bottom half of the league in strikeouts, averaging just 4.71 K’s per game. This includes a strikeout percentage of 19.0%. Throughout the season, Cueto has avoided walking batters, allowing just 2.32 per contest.

Today’s game between the Baltimore Orioles and Chicago White Sox is their first matchup of the year. Last year, Chicago won the season series 7-0. In these 7 meetings, the two teams combined for an over-under record of 4-3, with the average scoring differential sitting at 4.14 runs. Between the games, the average run total was 8.71 runs per game.

Baltimore and Chicago kick off this American League series with a matchup between Johnny Cueto and Dean Kremer. After 3 rough outings in a row, Cueto is coming off his best start of the season vs the Astros. Look for Chicago’s right-hander to have another good outing vs Baltimore. I like the White Sox on the moneyline.