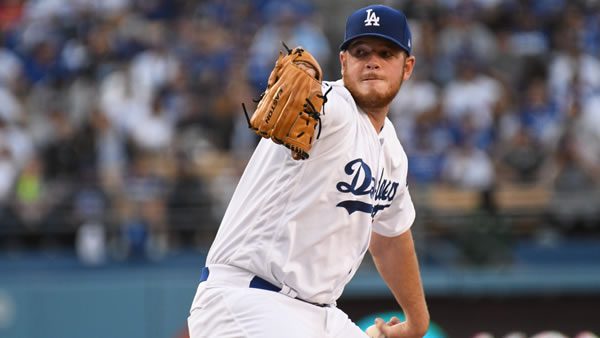 The Los Angeles Dodgers host the San Diego Padres on Sunday September 4th at Dodger Stadium. The first pitch in this matchup is scheduled for 07:08 ET. The MLB Odds Board places Los Angeles as the favorite (-160), with an OU line set at 9.0.

The Padres come into this matchup having suffered an 11-run loss to the LA Dodgers (12-1). In the loss, San Diego’s pitchers gave up 12 runs on 13 hits. Offensively, they finished with just 1 run on 2 hits. San Diego’s loss came as the underdog, getting 190.0 on the moneyline. This game went over the posted over-under line of 8.5 runs. On the season, San Diego’s over-under record is 61-68-5.

The Padres are looking to continue adding wins, as they are 4-1 over their last 5 games. Even with this record, in these games, their scoring differential is just -2. San Diego’s offense heads into action averaging 4.6 runs per game in their last 5 contests. Similar to their season average of 4.43. So far, San Diego has won over half of their 42 series played, going 21-14-7.

In their last game, the Los Angeles Dodgers picked up an 11-run win over the Padres by a score of 12-1. In the winning effort, the team’s pitchers held the Padres to 1 run and 2 hits. At the plate, the Dodgers scored 12 times on 13 hits. In the game, Los Angeles was able to take care of business as they were the favorite at -230.0. So far, the team has won 70.0% of the games in which they were favored. The Dodgers and Padres went over the run total line set at 8.5 runs. Against the run total, Los Angeles is just 55-66-11.

Mike Clevinger gets the start for the Padres, with an overall record of 5-5. To date, Clevinger has an ERA of 3.59 while lasting an average of 5.01 innings per appearance. Across his previous outings, opponents are batting 0.219 against Clevinger. Opponents have been able to hit for power against Clevinger, as he has HR/9 figure of 1.27. On the season, Mike Clevinger has had no problem racking up strikeouts, posting a strikeout percentage of 20.0%. This includes a per game average of 4.29 K’s per game. Command has been a problem for Clevinger, as he is giving up 2.85 walks per outing.

Even though Los Angeles will be turning to Caleb Ferguson as their starter, it will surely be a by-committee approach on Sunday. So far, Ferguson has not pitched more than 1 inning in a single game, exclusively working out of the bullpen. In his last outing, the left-hander was tagged for 2 earned runs and gave up 3 hits in just 1 inning of work.

Today’s matchup between the San Diego Padres and Los Angeles Dodgers will be their 13th meeting of the season. Currently, Los Angeles is winning the season series 9-3. The over-under record in this series sits at 4-6. The average run total in these games is 8.21 runs per game. In these matchups, the average scoring differential sits at 5.0 runs. Dating back to last season, the Los Angeles picked up 12 wins compared to 7, taking the season series. In these 19 meetings, the two teams combined for an over-under record of 10-8. Last year, the Padres and Dodgers averaged 8.21 runs per game. On average, the winning team won by a margin of 2.84 runs per contest.

Heading into Sunday’s matchup between San Diego and Los Angeles, the Dodgers are the favorite on the moneyline. However, I expect the Padres bats to break through against what will likely be several Dodgers pitchers out of the pen. With Mike Clevinger on the mound, look for San Diego to pull off the upset.

Free MLB Pick: Padres Moneyline. Bet your MLB predictions for FREE this week by taking advantage of a 100% real cash bonus up to $500 when you use bonus promo code PREDICTEM on the special offers page at Everygame Sportsbook! Formerly Intertops, this bookie is the most trusted and longest tenured book online! In business since the 1980’s!