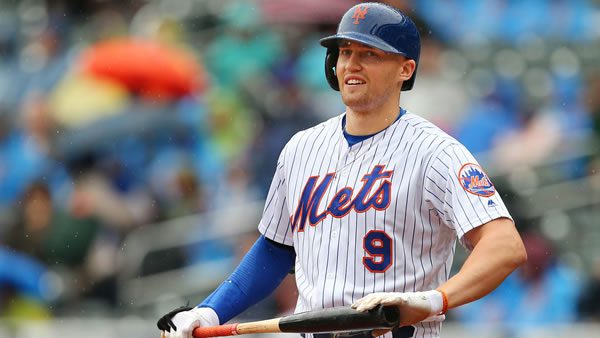 The New York Mets host the San Diego Padres on Sunday, July 24th at Citi Field. The first pitch in this matchup is scheduled for 07:08 ET. The MLB Odds Board places New York as the favorite (-120), with an OU line set at 8.0.

The San Diego Padres head into today’s matchup after picking up a close win over the Mets by the score of 2-1. Overall, the team’s pitching staff limited the Mets to 1 run on 8 hits. On offense, San Diego’s lineup put together a total of 4 hits, leading to 2 runs. This victory came despite being the betting underdog, getting 130.0 on the moneyline. Combined, the Padres and Mets fell short of the over-under betting line of 7.5 runs. With this result, San Diego’s over-under record dropped even further, moving to just 42-52-2.

The Padres are looking to continue adding wins, as they are 4-1 over their last 5 games. During this time, they have an average scoring differential of +5. San Diego has put together this record, despite averaging just 3.2 runs per game, compared to their season average of 4.31. So far, San Diego has won over half of their 30 series played, going 15-10-5.

The Mets are coming off a tight loss to the Padres, dropping the game 2-1. Even in the loss, the pitching staff allowed just 2 runs on 4 hits. The Mets offense ended the game with just 1 run on 8 hits. Leading into the game, New York was the betting favorite at -154.0. For the season, the team has been favored in 71 games, winning at a rate of 66.0%. Combined, the Mets and Padres’ run total fell below the over-under line of 7.5 runs. New York still has an above .500 over-under record at (46-41-8).

San Diego will roll with Joe Musgrove (8-2) as their starter. Currently, Musgrove has an ERA of just 2.42 while pitching an average of 6.5 innings per outing. Hits have been hard to come by against the right-hander, as his batting average allowed is just 0.205. In addition, to his strong BA allowed, he has been able to limit power, allowing just 0.78 home runs allowed per 9 innings. Per game, Joe Musgrove is averaging 6.38, on a strikeout percentage of 25.0%. In his previous outings, walks have been an issue, as Musgrove is averaging 1.99 free passes per outing.

In today’s game, New York turns to starter Carlos Carrasco. For the year, he has a record of 10-4. Carrasco gets the start with an ERA of 4.18. On average, he has lasted 5.5 innings per appearance. Opposing teams have hit the ball well against the right-hander, with a batting average of 0.272. So far, Carrasco has managed to keep the ball in the ballpark, allowing just 1.0 home runs per 9 innings. Per game, Carlos Carrasco is averaging 5.56, on a strikeout percentage of 24.0%. Command has been a problem for Carrasco, as he is giving up 2.36 walks per outing.

Today’s matchup between the San Diego Padres and New York Mets will be their 6th meeting of the season. San Diego has the lead in the series at 4-1. The over-under record in this series sits at 2-3. The average run total in these games is 5.86 runs per game. In these matchups, the average scoring differential sits at 5.6 runs. New York won last year’s head to head series, grabbing 4 wins to 3. In these 7 meetings, the two teams combined for an over-under record of 3-4. Last year, the Padres and Mets averaged 5.86 runs per game. On average, the winning team won by a margin of 2.71 runs per contest.

Heading into Sunday night’s showdown between San Diego and New York, the Mets are the slight favorite on the moneyline. However, I recommend taking the Padres to come away with the win, as I don’t see New York’s bats doing much against Joe Musgrove, who has a WHIP of just .97.

Free MLB Pick: Padres Moneyline. Deposit $100 and get $125 FREE when you use bonus code PREDICTEM at GTBets!.