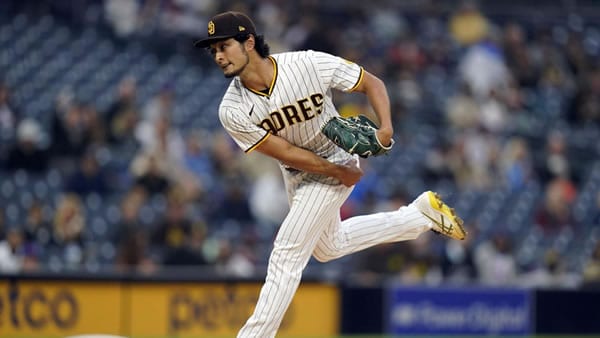 The Washington Nationals host the San Diego Padres on Saturday, August 13th at Nationals Park. The first pitch in this matchup is scheduled for 07:05 ET. The MLB Odds Board places San Diego as the favorite (-280), with an OU line set at 9.0.

The San Diego Padres are coming off a 5 run win over the Nationals by a score of 10-5. The Nationals came up with 10 hits leading to 5 runs against San Diego’s pitchers. The Padres lineup had a good night at the plate, coming up with 14 hits, leading to 10 runs. In the matchup, San Diego was favored at -300.0 on the moneyline. Through 82 games as the favorite, the team has found the win column at a rate of 56.9%. With the over-under line set at 9.0 runs, the Padres and Nationals combined to go over this total. Even with this game going over the total, San Diego still has an over-under record of just 54-57-4.

Washington is coming off a 5-run loss to the Padres. Dropping the game 10-5. In the game, the team’s pitching staff allowed a total of 14 hits, leading to 10 runs. In the loss, the Nationals’ offense still came up with 10 hits and 5 runs. This loss came as no surprise, as Washington came into the game as the underdog, getting 240.0. In their 96 games as the underdog, their straight-up win percentage sits at 31.0%. The Nationals and Padres went over the run total line set at 9.0 runs. Overall, the team has gone over the betting line in over half of their games, going 56-51-7.

In their last 5 contests, the Nationals have just 1 win, going 1-4. This recent slump is backed by a scoring margin of -21 over their last 5 games. Even with their recent struggles, the offense has been steady, averaging 3.4 runs per game. This is right in line with their season average of 3.81. Washington has a below .500 series record of just 8-26-2.

The San Diego Padres will send Yu Darvish to the mound with an overall record of 10-5. Through 21 appearances, Darvish has an ERA of just 3.28 while averaging 6.39 innings per appearance. Hits have been hard to come by against the right-hander, as his batting average allowed is just 0.217. Darvish is giving up home runs at a rate similar to the league average, allowing 0.94 per 9 innings. Per game, Yu Darvish is averaging 6.29, on a strikeout percentage of 25.0%. Command has been a problem for Darvish, as he is giving up 1.74 walks per outing.

Aníbal Sánchez gets the start for the Nationals, with an overall record of 0-5. To date, Sánchez has an ERA of 7.56 while lasting an average of 5.0 innings per appearance. Compared to other starters, the right-hander has a high BA allowed of 0.286. Opposing batters have been able to drive the ball with power against Sánchez, averaging 2.88 homers per 9 innings pitched. Up to this point, Sánchez has a strikeout percentage of just 16.0% and a per game average of 3.6. Sánchez has done a good job at limiting walks, averaging just 3.96 per contest.

Today’s matchup between the San Diego Padres and Washington Nationals will be their 2nd meeting of the season. San Diego has the lead in the series at 1-0. Through 1 game, the series’ over-under record is 1-0, with the average run total sitting at 17.29 runs per game. The averge scoring margin in these meetings is 5.0 runs. Going back to last year, San Diego won the season series, 4 games to 3. In these 7 meetings, the two teams combined for an over-under record of 7-0. Last year, the Padres and Nationals averaged 17.29 runs per game. On average, the winning team won by a margin of 5.57 runs per contest.

Heading into Saturday’s National League matchup between San Diego and Washington, the Padres are the heavy favorite on the moneyline. With Yu Darvish on the mound, I don’t expect the Padres to experience any setbacks after the news that Fernando Tatis will be suspended for 80 games. Look for the San Diego lineup to jump all over a struggling Anibal Sanchez. I recommend taking the Padres on the runline.