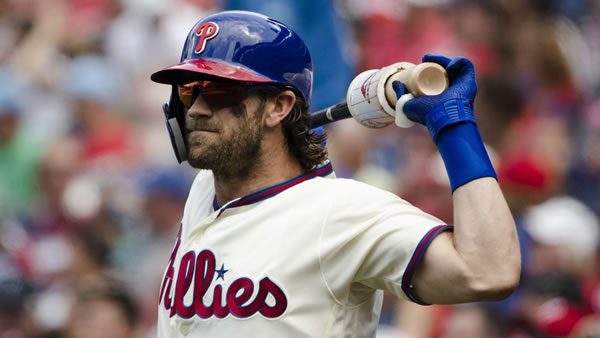 The St. Louis Cardinals host the Philadelphia Phillies on Friday October 7th at Busch Stadium. The first pitch in this matchup is scheduled for 02:07 ET. The MLB Odds Board places St. Louis as the favorite (-110), with an OU line set at 7.0.

The Phillies wrapped up their regular season with a 3-2 loss to Houston. Even in the loss, the pitching staff gave up just 3 runs while allowing 12 hits. With their 4 hits, the Phillies could only muster 2 runs. Philadelphia’s loss came as the underdog, getting 170.0 on the moneyline. Together, the Phillies and Houston stayed below the over-under line set at 7.5 runs. Even after this game, Philadelphia’s overall over-under record sits at 82-75-5.

In the Phillies’ last 5 games, they are above .500, going 3-2. During this time, they have an average scoring differential of +5. In their last 5 contests, Philadelphia is averaging 4.2 runs per game, right in line with their season average of 4.61. So far, Philadelphia has won over half of their 51 series played, going 24-22-5.

In St. Louis’s final game of the regular season, they fell by a score of 5-3 to the Pirates. In the game, the team’s pitching staff allowed a total of 9 hits, leading to 5 runs. With their 8 hits, the Cardinals could only plate 3 runners. Leading into St. Louis’s loss, they were the underdogs, getting 111.0 on the moneyline. So far, the team has gone into 56 games as the underdog, still finding the win column at a rate of 38.0%. In terms of the over-under, the Cardinals and Pirates combined to surpass the line of 7.5 runs. Against the run total, St. Louis is just 76-80-6.

The Cardinals come into today’s game looking to turn things around, as they are just 2-3 over their last 5 games. Despite this record, the team still has a positive run differential of +6 (last 5). Their recent record comes while the offense has picked up its play, averaging 6.2 runs over their last 5 game, compared to their overall figure of 4.77. On the season, St. Louis has won more than half of their series, going 25-12-12.

Philadelphia will roll with Zack Wheeler (12-7) as their starter. In his previous outings, Wheeler has lasted an average of 5.88 innings, putting together an ERA of just 2.82. So far, batters are hitting just .221 against him. In addition, to his strong BA allowed, he has been able to limit power, allowing just 0.76 home runs allowed per 9 innings. On the season, Zack Wheeler has had no problem racking up strikeouts, posting a strikeout percentage of 27.0%. This includes a per game average of 6.27 K’s per game. For the season, he has struggled with command averaging 2.0 walks per outing.

José Quintana gets the start for the Cardinals, with an overall record of 3-5. Currently, Quintana has a strong ERA of just 3.32 while pitching an average of 5.15 innings per outing. So far, opposing teams have hit the ball well against the right-hander, posting a batting average allowed of .248. Throughout the season, Quintana has done a good job at limiting home runs, allowing 0.61 per 9 innings. On the season, José Quintana has had no problem racking up strikeouts, posting a strikeout percentage of 21.0%. This has led to an average of 4.45 K’s per game. Quintana comes into the game hoping to improve his walk numbers, as he is averaging 2.71 free passes per outing.

For the season, the Philadelphia Phillies and St. Louis Cardinals will be playing their 8th game of the season. Philadelphia has the lead in the series at 4-3. Through 7 games, the series over-under record is 1-6, with the average run total sitting at 7.29 runs per game. The averge scoring margin in these meetings is 2.29 runs.

As the Philadelphia Phillies and St. Louis Cardinals kick off their NL Wild Card series, the run total is set at just 7 runs. But, even with the low figure, I expect this to be a low-scoring, tightly-contested game. Both starting pitchers head into play throwing the ball well, with Jose Quintana giving up just 1 run over his last 4 outings. On the other side, Zack Wheeler has already tossed 14 scoreless innings vs the Cardinals. I recommend taking the under.