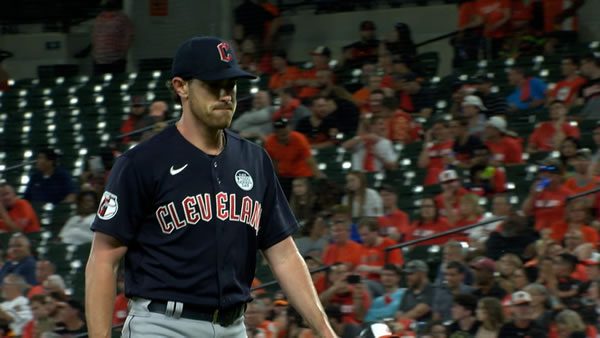 The Cleveland Guardians host the Tampa Bay Rays on Friday October 7th at Progressive Field. The first pitch in this matchup is scheduled for 12:07 ET. The MLB Odds Board places Cleveland as the favorite (-130), with an OU line set at 6.5.

The Rays come into this matchup having ended their regular season with 3 run loss to Boston (6-3). Tampa Bay’s pitching staff finished the game by allowing 10 hits, leading to 6 runs. Offensively, they finished with just 3 runs on 7 hits. The loss came as Tampa Bay was the betting underdog, getting 128.0 on the moneyline. With the over-under line set at 8.0 runs, the Rays and Boston combined to go over this total. Even with this game going over the total, Tampa Bay still has an over-under record of just 71-79-12.

The Rays will be hoping to pick up a win in today’s matchup, as they have gone just 0-5 over their last 5 games. This mark has come on an average run margin of just -13. On offense, Tampa Bay’s offense has experienced a dip in production, averaging 1.6 runs per game over their last 5 contests. So far, Tampa Bay has won over half of their 51 series played, going 24-23-4.

The Cleveland Guardians will be looking to pick up another win, as they most recently defeated the Royals by 7 runs (9-2). In the win, the pitching staff allowed just 2 runs on 6 hits. At the plate, the Guardians scored 9 times on 15 hits. Heading into action, Cleveland was the favorite at -176.0. For the season, the team has been favored in 92 games, winning at a rate of 64.0%. In terms of the over-under, the Guardians and Royals combined to surpass the line of 7.5 runs. On the season, the team has an over-under record of just 76-78-8.

In their last 5 games, the Guardians have put together a record of 3-2. During this time, the team’s run differential sits at +2. Cleveland has benefited from strong pitching, as their offense has slipped in their last 5 games, averaging just 4.8 runs per game. Their overall average sits at 4.31. On the season, Cleveland has won more than half of their series, going 26-15-10.

Tampa Bay will roll with Shane McClanahan (12-8) as their starter. Through 29 appearances, McClanahan has an ERA of just 2.54 while averaging 5.73 innings per appearance. Hits have been hard to come by against the left-hander, as his batting average allowed is just .194. McClanahan is giving up home runs at a rate similar to the league average, allowing 1.03 per 9 innings. In terms of strikeouts, Shane McClanahan has a strong strikeout percentage of 30.0%, including a per game average of 6.69. In his previous outings, walks have been an issue, as McClanahan is averaging 2.06 free passes per outing.

Shane Bieber gets the start for the Guardians, with an overall record of 13-8. Heading into the game, Bieber has appeared in 31 contests, posting an ERA of just 2.92. On average, he pitches 6.45 innings per appearance. In his previous outings, right-hander opponents are hitting .232 off the right-hander. Opposing batters are hitting for power at a below-average rate against Bieber, as he is allowing just 0.81 per 9 innings. Overall, Shane Bieber has struck out 25.0% of the batters he has faced. On average, he averages 6.39 K’s per game. Command has been a problem for Bieber, as he is giving up 1.57 walks per outing.

Today’s matchup between the Tampa Bay Rays and Cleveland Guardians will be their 7th meeting of the season. Cleveland holds the edge in the series at 4-2. Through 6 games, the series over-under record is 3-3, with the average run total sitting at 9.86 runs per game. The averge scoring margin in these meetings is 1.67 runs.

Get our recommended for Game 1 of the Mariners vs. Jays Wild Card series >>>

Going into game 1 of this AL Wild Card Series, the run total line is set at just 6.5 runs. However, with Shane McClanahan and Shane Bieber toeing the rubber, runs will be hard to come by for both sides. This season, the Guardians have the 2nd worst slugging percentage vs left-handed pitching. This is not a good spot to be in vs a tough southpaw in Shane McClanahan. For game 1, I recommend taking the under.