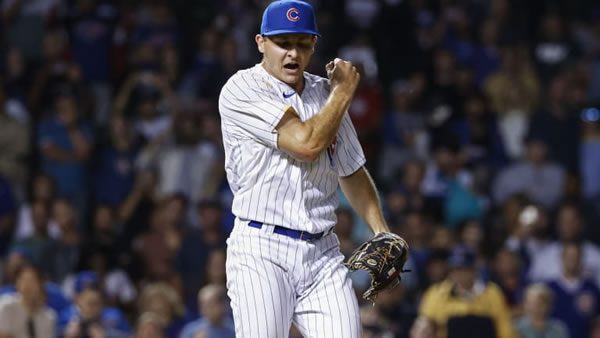 The Chicago Cubs host the Philadelphia Phillies on Wednesday September 28th at Wrigley Field. The first pitch in this matchup is scheduled for 07:40 ET. The MLB Odds Board places Philadelphia as the favorite (-180), with an OU line set at OFF.

In their last game, the Phillies suffered a 1 run loss to the Chicago Cubs by a score of 2-1. In the losing effort, the pitching staff still held the Cubs to just 2 runs on 7 hits. The Phillies ended the game with just 1 run on 5 hits. Phillies suffered the loss, despite being favored at -175.0. So far, the team has been the favorite in 103 of their games, winning at a rate of 59.0%. Combined, the Phillies and Cubs fell short of the over-under betting line of 6.5 runs. Even after this game, Philadelphia’s overall over-under record sits at 78-70-5.

The Phillies will be hoping to pick up a win in today’s matchup, as they have gone just 2-3 over their last 5 games. Even with this record, their scoring differential during this time is +4. In their last 5 contests, Philadelphia is averaging 4.2 runs per game, right in line with their season average of 4.67. So far, Philadelphia has won over half of their 49 series played, going 23-21-5.

The Cubs will look to add another win, as in their last game, they defeated the Phillies by a score of 2-1. In the win, the pitching staff allowed just 1 run on 5 hits. With their 7 hits, the Cubs could only muster 2 runs. This was a good win for the Cubs, as they were underdogs at 145.0 on the moneyline. So far, the team has gone into 102 games as the underdog, still finding the win column at a rate of 44.0%. With this result, the Cubs and Phillies combined to fall below the over-under line of 6.5 runs. Now, Chicago had an over-under record of 64-78-12.

In their last 5 games, the Cubs have put together a record of 4-1. During this time, the team’s run differential sits at +2. Chicago is still playing winning baseball, even with their offense averaging just 3.8 runs per game, compared to a season long mark of 4.01. Chicago has a below .500 series record of just 21-24-5.

The Philadelphia Phillies will send Aaron Nola to the mound with an overall record of 10-12. In his previous outings, Nola has lasted an average of 6.4 innings, putting together an ERA of just 3.28. So far, batters are hitting just 0.222 against him. Nola is giving up home runs at a rate similar to the league average, allowing 0.84 per 9 innings. In terms of strikeouts, Aaron Nola has a strong strikeout percentage of 28.9%, including a per game average of 7.27. Command has been a problem for Nola, as he is giving up 1.36 walks per outing.

In today’s game, Chicago turns to starter Hayden Wesneski. For the year, he has a record of 2-1. Through 4 appearances, Wesneski has an ERA of just 2.45 while averaging 5.5 innings per appearance. Overall, opponents have a batting average of just 0.175 against the right-hander. Home runs have been a concern for Wesneski as he is allowing 1.23 per 9 innings. In terms of strikeouts, Wesneski is averaging just 6.0 K’s per game. Throughout the season, Wesneski has avoided walking batters, allowing just 1.64 per contest.

Today’s matchup between the Philadelphia Phillies and Chicago Cubs will be their 5th meeting of the season. Chicago holds the edge in the series at 4-0. The over-under record in this series sits at 2-2. The average run total in these games is 15.0 runs per game. The averge scoring margin in these meetings is 4.75 runs. Going back to last year, Philadelphia won the season series, 5 games to 2. In these 7 meetings, the two teams combined for an over-under record of 6-1. Last year, the Phillies and Cubs averaged 15.0 runs per game. On average, the winning team won by a margin of 5.86 runs per contest.

Heading into Wednesday’s matchup between Philadelphia and Chicago, the Phillies are a strong favorite on the moneyline. However, Philadelphia has been struggling down the stretch and are facing off against a young pitcher who is off to a hot start. Look for the Cubs’ strong play to continue at home. I like the Cubs to pull off the upset.