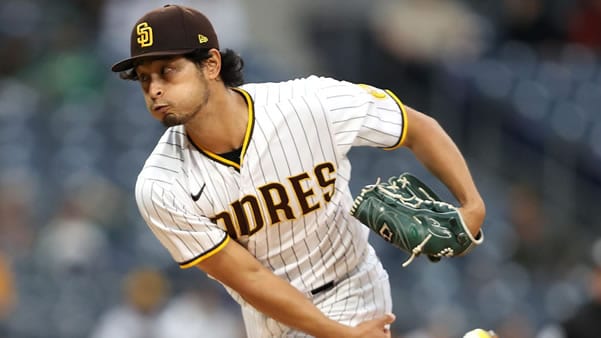 The San Diego Padres host the Philadelphia Phillies on Tuesday October 18th at Petco Park. The first pitch in this matchup is scheduled for 08:03 ET. The MLB Odds Board places San Diego as the favorite (-125), with an OU line set at 6.5.

The Philadelphia Phillies are coming off a 5 run win over Atlanta by a score of 8-3. On their way to the victory, the pitching staff gave up 3 runs on 4 hits. The Phillies lineup had a good night at the plate, coming up with 13 hits, leading to 8 runs. Philadelphia picked up the win, despite getting 115.0 on the moneyline. Together, the Phillies and Atlanta combined to surpass the over-under betting line set at 9.0 runs. Philadelphia has had more than half of their games go over the over-under line (86-77-5).

The Phillies come into this game with a 4-1 record over their last 5 contests. Over this stretch, the team has a positive run differential at +13. Offensively, the team has put up 26 runs in their last 5 games. Philadelphia’s season average comes in at 4.64 (7th. So far, Philadelphia has won over half of their 53 series played, going 26-22-5.

San Diego is coming off a 2 run win over the Dodgers (5-3). In the win, the pitching staff allowed just 3 runs on 7 hits. Offensively, they finished with 5 runs on 9 hits. This was a good win for the Padres, as they were underdogs at 100.0 on the moneyline. In their 49 games as the underdog, their straight-up win percentage sits at 49.0%. The Padres and Dodgers went over the run total line set at 7.5 runs. On the season, the team has an over-under record of just 79-84-6.

Across their last 5 contests, the Padres are above .500, going 4-1. During this time, the team’s run differential sits at +9. San Diego is still playing winning baseball, even with their offense averaging just 4.2 runs per game, compared to a season long mark of 4.36. On the season, San Diego has won more than half of their series, going 28-18-7.

The Philadelphia Phillies will send Zack Wheeler to the mound with an overall record of 12-7. Currently, Wheeler has an ERA of just 2.82 while pitching an average of 5.88 innings per outing. So far, batters are hitting just .221 against him. Not only does Wheeler have a strong batting average allowed, but he has also avoided giving up home runs. In his previous outings, opponents are averaging just 0.76 HR/9. In terms of strikeouts, Zack Wheeler has a strong strikeout percentage of 27.0%, including a per game average of 6.27. Command has been a problem for Wheeler, as he is giving up 2.0 walks per outing.

The San Diego Padres will send Yu Darvish to the mound with an overall record of 16-8. Heading into the game, Darvish has appeared in 30 contests, posting an ERA of just 3.1. On average, he pitches 6.47 innings per appearance. Hits have been hard to come by against the right-hander, as his batting average allowed is just .207. Per 9 innings pitched, Darvish is giving up 1.02 home runs. Overall, Yu Darvish has struck out 26.0% of the batters he has faced. On average, he averages 6.57 K’s per game. For the season, he has struggled with command averaging 1.71 walks per outing.

For the season, the Philadelphia Phillies and San Diego Padres will be playing their 8th game of the season. Philadelphia has the lead in the series at 4-3. The over-under record in this series sits at 2-5. The average run total in these games is 8.33 runs per game. In these matchups, the average scoring differential sits at 2.57 runs.

Heading into Tuesday’s NLCS showdown, the Padres are a slight favorite on the moneyline. However, I see the Phillies, led by a strong outing from Zach Wheeler, coming out on top. Look for Philadelphia to take the 1-0 lead in the series, making them the best bet on the moneyline.