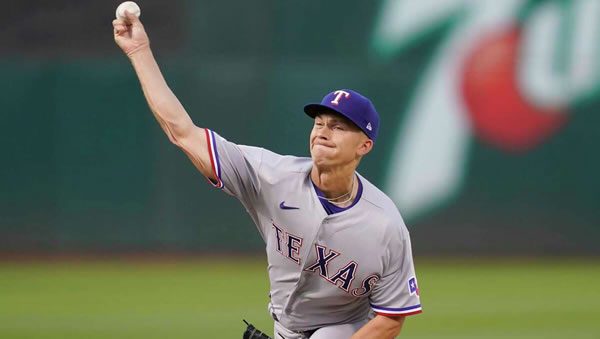 The Yankees will look to rebound from a close, 5-4 loss to Texas. New York’s pitching staff finished the game by allowing 6 hits, leading to 4 runs. The Yankees ended the game with just 2 runs on 5 hits. This defeat came despite being favored at -110.0. So far, the team has been the favorite in 146 of their games, winning at a rate of 64.0%. This matchup remained below the over-under line set at 7.0 runs. So far, New York has been a good candidate to fall below the betting line, as their over-under record sits at just 77-80-4.

In the Yankees’ last 5 games, they are above .500, going 3-2. During this time, they have an average scoring differential of +8. New York has put together this record, despite averaging just 3.6 runs per game, compared to their season average of 5.00. So far, New York has won over half of their 53 series played, going 31-16-6.

The Rangers are coming off a tight 5-4 win over the Yankees. On their way to giving up 5 runs, the Rangers staff allowed 5 hits. The Rangers offense ended the game with just 3 runs on 6 hits. Heading into action, Texas was the favorite at -110.0. So far, the team has won 43.0% of the games in which they were favored. Combined, the Rangers and Yankees run total fell below the over-under line of 7.0 runs. Texas still has an above .500 over-under record at (78-74-9).

New York will roll with Domingo German (5-7) as their starter. So far, Domingo has put together an ERA of 3.31.

The Texas Rangers will send Glenn Otto to the mound with an overall record of 6-10. To date, Otto has an ERA of 4.72 while lasting an average of 4.97 innings per appearance. So far, Otto has a batting average allowed of 0.237. Opposing hitters are hitting home runs at an above-average rate against Otto. This year, he is allowing 1.39 HR’s per 9 innings pitched. On the season, Glenn Otto has had no problem racking up strikeouts, posting a strikeout percentage of 18.0%. This has led to an average of 3.92 K’s per game. Otto comes into the game hoping to improve his walk numbers, as he is averaging 4.16 free passes per outing.

Today’s matchup between the New York Yankees and Texas Rangers will be their 7th meeting of the season. New York has the lead in the series at 4-2. The over-under record in this series sits at 1-5. The average run total in these games is 6.71 runs per game. The averge scoring margin in these meetings is 1.33 runs. Going back to last year, New York won the season series, 6 games to 1. The over-under record in last year’s matchups was 2-5, with the average run total being 6.71 runs per game. The average scoring differential in this series was 3.0 runs per game.

More Picks: Get our Texas at NY Yankees 10/5/22 game analysis and free pick

Wednesday’s matchup between New York and Texas presents a good opportunity to close out the regular season by grabbing the Rangers to pull off the upset. Although Glenn Otto’s overall numbers are far from excellent, he has pitched well of late. In addition, the only thing on the line for New York is the hope of Aaron Judge hitting his 62nd home run. I like Texas on the moneyline.