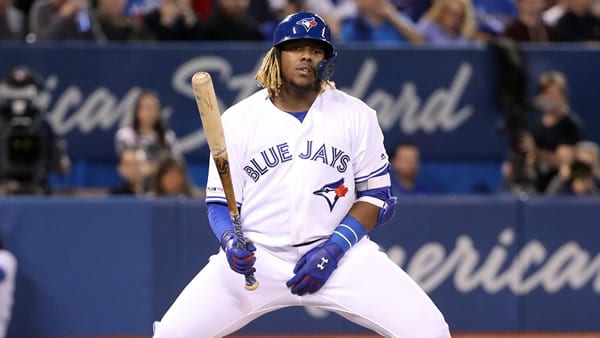 The Toronto Blue Jays host the Boston Red Sox on Monday, June 27th at Rogers Centre. The first pitch in this matchup is scheduled for 07:07 ET. The MLB Odds Board places Toronto as the favorite (-175), with an OU line set at 9.0.

The Boston Red Sox will look to pick up another big win after they defeated the Guardians by a score of 8-3. On their way to the victory, the pitching staff gave up 3 runs on 8 hits. The Red Sox benefited from an offense that generated 8 runs on 15 hits. Heading into their last game, Boston was the betting favorite at -110.0. So far, the team has been the favorite in 47 of their games, winning at a rate of 64.0%. With the over-under line set at 9.5 runs, the Red Sox and Guardians combined to go over this total. Games involving the Red Sox have stayed below the over-under line more than half of the time, at 29-37-7.

The Red Sox come into this game having won all 5 of their recent games. During this time, they have an average scoring differential of +15. A key to their recent success has been an offense averaging 5.8 runs per game, compared to their season average of 4.81. So far, Boston has won over half of their 23 series played, going 12-8-3.

Toronto is coming off a 7 run loss to the Brewers. Dropping the game 10-3. Toronto’s pitching staff gave up 13 hits, leading to 10 runs for the Brewers. The Blue Jays’ offense ended the game with just 3 runs on 6 hits. Toronto dropped the game despite being favored at -150.0. For the season, the team has been favored in 55 games, winning at a rate of 57.9%. The Blue Jays and Brewers went over the run total line set at 9.5 runs. Overall, the team has gone over the betting line in over half of their games, going 39-32-1.

In their last 5 contests, the Blue Jays have just 2 wins, going 2-3. This recent slump is backed by a scoring margin of 0 over their last 5 games. Their recent record comes while the offense has picked up its play, averaging 6.2 runs over their last 5 game, compared to their overall figure of 4.71. On the season, Toronto has won more than half of their series, going 12-8-3.

The Boston Red Sox will send right-hander Connor Seabold to the mound for his first start of the season. Seabold has just 1 appearance in his career, pitching 3 innings while allowing 2 runs. If Seabold doesn’t last long in his start, the Red Sox will be turning things over to the 14th-ranked bullpen with an ERA of 3.75.

In today’s game, Toronto turns to starter Kevin Gausman. For the year, he has a record of 5-6. Currently, Gausman has a strong ERA of just 3.19 while pitching an average of 5.64 innings per outing. Across his previous starts, opposing teams have put together a batting average of 0.278. Throughout the season, Gausman has done a good job at limiting home runs, allowing 0.23 per 9 innings. Per game, Kevin Gausman is averaging 6.21, on a strikeout percentage of 26.0%. Gausman has done a good job at limiting walks, averaging just 1.48 per contest.

For the season, the Boston Red Sox and Toronto Blue Jays will be playing their 8th game of the season. Toronto holds the edge in the series at 5-2. The over-under record in this series sits at 2-5. The average run total in these games is 10.05 runs per game. The averge scoring margin in these meetings is 2.71 runs. Going back to last year, Boston won the season series, 10 games to 9. In these 19 meetings, the two teams combined for an over-under record of 9-10. Last year, the Red Sox and Blue Jays averaged 10.05 runs per game. The average scoring differential in this series was 4.26 runs per game.

Heading into Monday’s AL East showdown between Boston and Toronto, look for the Blue Jays to pick up the win and cover the runline. I expect Toronto’s offense to jump on Connor Seabold, who is making his first start of the year. I like the Blue Jays on the runline.