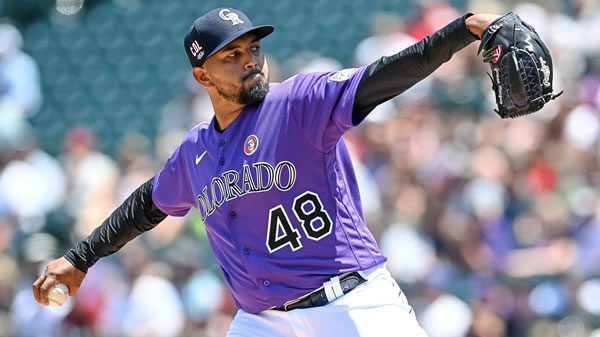 The Chicago Cubs host the Colorado Rockies on Friday September 16th at Wrigley Field. The first pitch in this matchup is scheduled for 02:20 ET. The MLB Odds Board places Chicago as the favorite (-135), with an OU line set at OFF.

In their most recent game, Colorado picked up a 3 run win over the Chi Sox (3-0). Overall, the team’s pitching staff limited the Chicago White Sox to 0 runs on 8 hits. On offense, Colorado’s lineup put together a total of 7 hits, leading to 3 runs. Colorado picked up the win, despite getting 210.0 on the moneyline. Together, the Rockies and Chi Sox stayed below the over-under line set at 7.5 runs. After the game, Colorado dropped back to an over-under record of 68-68-7.

The Rockies are looking to continue adding wins, as they are 3-2 over their last 5 games. During this time, they have an average scoring differential of +1. Their hot play has been driven by an offense that typically averages 4.48 runs per game. But, over this stretch this figure has bumped up to 5.6. Colorado’s overall series record is just 18-22-5.

Chicago is coming off a 3 run win over the Mets (6-3). In the winning effort, the team’s pitchers held the Mets to 3 runs and 8 hits. Offensively, they finished with 6 runs on 7 hits. Despite being the underdogs, getting 170.0 on the moneyline, the Cubs still picked up the win. In their 96 games as the underdog, their straight-up win percentage sits at 42.0%. The Cubs and Mets went over the run total line set at 7.5 runs. On the season, the team has an over-under record of just 60-71-12.

Across their last 5 contests, the Cubs are above .500, going 3-2. During this time, the team’s run differential sits at +4. Chicago has benefited from strong pitching, as their offense has slipped in their last 5 games, averaging just 3.8 runs per game. Their overall average sits at 4.08. Chicago has a below .500 series record of just 18-23-5.

Germán Márquez gets the start for the Rockies, with an overall record of 8-10. So far, Márquez has put together an ERA of 5.25. In his appearances leading up to today, he has lasted an average of 5.82 innings. Teams have been able to rack up runs against him, as he has a batting average allowed of 0.266. Opposing batters have been able to drive the ball with power against Márquez, averaging 1.55 homers per 9 innings pitched. On the season, Germán Márquez has had no problem racking up strikeouts, posting a strikeout percentage of 19.0%. This includes a per-game average of 4.67 K’s per game. Command has been a problem for Márquez, as he is giving up 3.2 walks per outing.

Chicago will roll with Marcus Stroman (3-7) as their starter. Stroman gets the start with an ERA of 3.91. On average, he has lasted 5.34 innings per appearance. Stroman comes into the game with a batting average allowed of 0.243. So far, Stroman has managed to keep the ball in the ballpark, allowing just 1.04 home runs per 9 innings. Overall, Marcus Stroman has struck out 20.0% of the batters he has faced. On average, he averages 4.48 K’s per game. For the season, he has struggled with command averaging 2.4 walks per outing.

Today’s matchup between the Colorado Rockies and Chicago Cubs will be their 5th meeting of the season. Today’s game will be a rubber match for the two teams, as Colorado and Chicago, each have 2 wins. Through 4 games, the series over-under record is 2-2, with the average run total sitting at 12.5 runs per game. In these matchups, the average scoring differential sits at 2.25 runs. When looking back to last season, Colorado and Chicago split the season series, with each team picking up 3. In these 6 meetings, the two teams combined for an over-under record of 3-2. Last year, the Rockies and Cubs averaged 12.5 runs per game. On average, the winning team won by a margin of 2.83 runs per contest.

Heading into Friday’s matchup between Colorado and Chicago, the Cubs are the slight favorite on the moneyline. Even though Marcus Stroman is coming off a rough outing, it wasn’t as bad as German Marquez who gave up 9 runs in just 4 innings vs Arizona. I like Chicago on the moneyline.