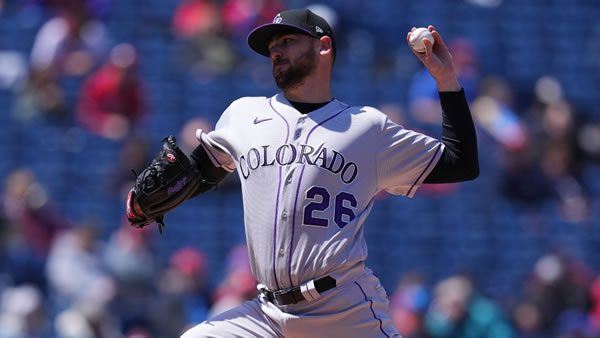 The San Francisco Giants host the Colorado Rockies on Monday, May 9th at Oracle Park. The first pitch in this matchup is scheduled for 09:45 ET. The MLB Odds Board places San Francisco as the favorite (-240), with an OU line set at 6.5.

The Rockies are hoping to get back on track after falling to Diamondbacks, 4-0. On their way to giving up 4 runs, the Rockies staff allowed 7 hits. Offensively, they finished with no runs on 5 hits. The loss came as Colorado was the betting underdog, getting 135.0 on the ML. Together, the Rockies and Diamondbacks stayed below the OU line set at 8.0 runs. With this result, Colorado’s over-under record dropped even further, moving to just 13-14-1.

The Rockies are looking to continue adding wins, as they are 3-2 over their last 5 games. During this time, they have an average scoring differential of 1. Colorado has put together this record, despite averaging just 3.8 runs per game, compared to their season average of 4.46. So far, Colorado has won over half of their 9 series played, going 6-2-1.

The Giants are coming off a tight 4-3 win over the Cardinals. In the win, the pitching staff allowed just 3 runs on hits 6 hits. The Giants’ offense ended the game with just 4 runs on 7 hits. San Francisco picked up the win while being favored at -130.0. So far, the team has won 68.0% of the games in which they were favored. With this result, the Giants and Cardinals combined to fall below the over-under line of 8.0 runs. Now, San Francisco had an OU mark of 13-14-1.

The Giants come into today’s game looking to turn things around, as they are just 2-3 over their last 5 games. During this time, the team has a run differential of -8. Even with their recent struggles, the offense has been steady, averaging 4.2 runs per game. This is right in line with their season average of 4.68. On the season, San Francisco has won more than half of their series, going 5-3-2.

For the Rockies, Austin Gomber gets the start. Heading into action, he has a record of 2-1. Currently, Gomber has a strong ERA of just 1.88 while pitching an average of 4.8 innings per outing. So far, batters are hitting just 0.165 against him. Not only does Gomber have a strong batting average allowed, but he has also avoided giving up home runs. In his previous outings, opponents are averaging just 0.75 home runs allowed per 9 innings. Up to this point, Gomber has a strikeout percentage of just 20.0% and a per-game average of 3.8. Leading into the game, he has shown a strong command of his pitches, averaging just 3.0 walks per contest.

San Francisco will send Carlos Rodon to the mound with a record of 0-1. Rodon comes into this game with an ERA of 3.38. So far, he is averaging 4.8 innings per outing. Opposing teams have been able to string together hit against Rodon, with a batting average allowed of 0.231. Overall, Rodon is allowing 0.75 homers per 9 innings pitched. Heading into today’s action, Carlos Rodon has yet to find his groove with strikeouts, averaging just 4.0 K’ per outing. Throughout the season, his strong command has led to an average of just 3.38 walks per contest.

Today’s matchup between the Colorado Rockies and San Francisco Giants will be their first meeting of the season. Dating back to last season, the San Francisco picked up 15 wins compared to 4, taking the season series. In these 19 meetings, the two teams combined for an over-under record of 9-10, with the average scoring differential sitting at 4.26 runs. Last year, the Giants and Rockies combined to average 9.74 runs per game.

Even with an over-under line set at just 6.5 runs, look for this to be a low-scoring game, as both the Rockies and Giants have been scuffling of late on offense. In particular, I expect Austin Gomber to continue his strong start to the season against a Colorado offense that was just shut out vs Arizona.