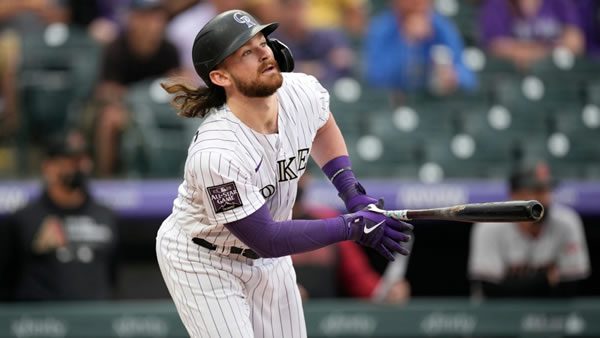 Money Line: Rockies +280 / Mets -360 (Bovada - If you live bet games, this sportsbook is a MUST HAVE in your sports betting arsenal! Their platform is AWESOME!)

The New York Mets host the Colorado Rockies on Friday August 26th at Citi Field. The first pitch in this matchup is scheduled for 07:10 ET. The MLB Odds Board places New York as the favorite (-360), with an OU line set at 8.0.

The Rockies come into this matchup having dropped last night’s game to the Mets (3-1). In the losing effort, the pitching staff still held New York to just 3 runs on 8 hits. Offensively, they finished with just 4 runs on 6 hits. The loss came as Colorado was the betting underdog, getting 350.0 on the moneyline. This game went over the posted over-under line of 7.0 runs. So far, Colorado has an above .500 over-under record of 61-57-7.

The Mets will look to pick up another win, after taking down the Rockies, 3-1. For the game, the pitching staff held the Rockies to 1 run on 6 hits. At the plate, the Mets only came through for 2 runs on 8 hits. New York dropped the game despite being favored at -450.0. So far, the team has won 69.0% of the games in which they were favored. Combined, the Mets and Rockies’ run total fell below the over-under line of 7.0 runs. Even still, New York games have still gone over the betting total over half of the time, at 62-54-9.

In their last 5 contests, the Mets have just 2 wins, going 2-3. During this time, the team has a run differential of -4. If New York is going to pick up their play, they need to improve their offensive performance. Over their last 5 contests, they are averaging just 3.6 runs per game, compared to a season average of 4.75. On the season, New York has won more than half of their series, going 28-8-3.

Colorado will roll with Chad Kuhl (6-7) as their starter. To date, Kuhl has an ERA of 5.33 while lasting an average of 5.15 innings per appearance. Compared to other starters, the right-hander has a high BA allowed, currently sitting at 0.273. Home runs have been an issue for Kuhl, as he is allowing an average of 1.49 per 9 innings pitched. In terms of strikeouts, Chad Kuhl has a strong strikeout percentage of 17.0%, including a per game average of 3.8. For the season, he has struggled with command averaging 4.02 walks per outing.

In today’s game, New York turns to starter Chris Bassitt. For the year, he has a record of 11-7. Heading into the game, Bassitt has appeared in 23 contests, posting an ERA of just 3.19. On average, he pitches 6.13 innings per appearance. In his previous outings, right-hander opponents are hitting 0.23 off the right-hander. Opposing batters are hitting for power at a below-average rate against Bassitt, as he is allowing just 0.96 per 9 innings. On the season, Chris Bassitt has had no problem racking up strikeouts, posting a strikeout percentage of 24.0%. This has led to an average of 6.0 K’s per game. For the season, he has struggled with command averaging 2.3 walks per outing.

For the season, the Colorado Rockies and New York Mets will be playing their 4th game of the season. Currently, New York is winning the season series 2-1. Through 3 games, the series over-under record is 1-2, with the average run total sitting at 5.0 runs per game. The averge scoring margin in these meetings is 4.67 runs. New York won last year’s head to head series, grabbing 5 wins to 2. In these 7 meetings, the two teams combined for an over-under record of 3-3. Last year, the Rockies and Mets averaged 5.0 runs per game. The average scoring differential in this series was 1.86 runs per game.

More Picks: Detroit at Rangers best bet for their 8/26/22 game

Heading into Friday’s matchup between Colorado and New York, the Mets are once again the heavy favorites on the moneyline. Look for Chris Bassitt to keep things rolling vs Colorado. I expect them to bounce back and cover the runline.

Free MLB Pick: Mets Runline. bet your Rockies vs. Mets prediction and ALL your bets for FREE this weekend by scoring a 125% real cash bonus up to $400 at GTBets Sportsbook when you use bonus code PREDICTEM.