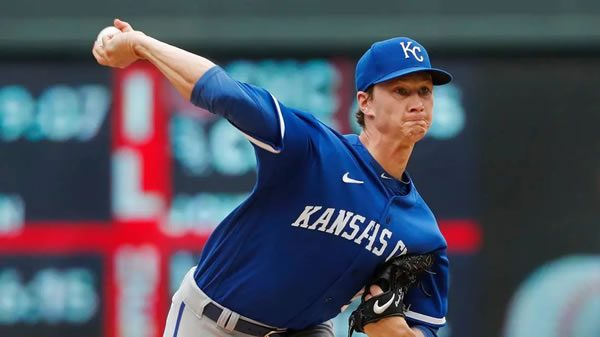 The Tampa Bay Rays host the Kansas City Royals on Friday August 19th at Tropicana Field. The first pitch in this matchup is scheduled for 07:10 ET. The MLB Odds Board places Tampa Bay as the favorite (-215), with an OU line set at 6.5.

The Royals come into this matchup having suffered a 6 run loss to the Rays (7-1). Kansas City’s pitching staff finished the game by allowing 12 hits, leading to 7 runs. Offensively, they finished with just 1 run on 6 hits. Kansas City’s loss came as the underdog, getting 169.0 on the moneyline. With the over-under line set at 7.5 runs, the Royals and Rays combined to go over this total. This result is part of a larger trend, as Kansas City has had the over has hit in more than half of their games (59-57-4).

After their 5 most recent games, the Royals have gone just 1-4. This mark has come on an average run margin of just -17. A key reason for Kansas City’s recent struggles is an offense averaging just 1.4 runs per game over their last 5 contests, compared to a season average of 3.83. Kansas City’s overall series record is just 11-24-3.

The Tampa Bay Rays will be looking to pick up another win, as they most recently defeated the Royals by 6 runs (7-1). For the game, the pitching staff held the Royals to 1 run on 6 hits. In the victory, the Rays came up with 12 hits and 7 runs. Heading into action, Tampa Bay was the favorite at -186.0. So far, the team has won 59.0% of the games in which they were favored. The Rays and Royals went over the run total line set at 7.5 runs. So far, Tampa Bay has an over-under record of just 53-55-9.

Across their last 5 contests, the Rays are above .500, going 4-1. Their recent success is backed by an average scoring margin of +14 (last 5). Tampa Bay has benefited from strong pitching, as their offense has slipped in their last 5 games, averaging just 5.0 runs per game. Their overall average sits at 4.15. On the season, Tampa Bay has won more than half of their series, going 19-16-3.

Brady Singer gets the start for the Royals, with an overall record of 6-4. To date, Singer has an ERA of 3.38 while lasting an average of 5.47 innings per appearance. So far, Singer has a batting average allowed of 0.239. So far, Singer has managed to keep the ball in the ballpark, allowing just 1.12 home runs per 9 innings. Per game, Brady Singer is averaging 5.63, on a strikeout percentage of 25.0%. For the season, he has struggled with command averaging 2.16 walks per outing.

The Rays will be looking for yet another strong outing from Shane McClanahan, who has a record of 11-5 and an ERA of 2.28. This year, the left-hander has racked up an impressive 165 strikeouts compared to just 26 walks. Overall, opposing batters are hitting just .189 against McClanahan.

For the season, the Kansas City Royals and Tampa Bay Rays will be playing their 5th game of the season. So far, the teams have each won 2 times. The over-under record in this series sits at 2-2. The average run total in these games is 9.67 runs per game. In these matchups, the average scoring differential sits at 3.75 runs. Dating back to last season, Tampa Bay picked up 4 wins compared to 2, taking the season series. The over-under record in last year’s matchups was 3-3, with the average run total being 9.67 runs per game. On average, the winning team won by a margin of 3.0 runs per contest.

More Picks: Get our Marlins vs. Dodgers betting analysis and free pick for their 8/19/22 game

Going into today’s matchup between Kansas City and Tampa Bay, the Rays are the heavy favorite on the moneyline with an over-under of 6.5 runs. Even with this low run total, I expect the Rays and Royals to stay below this number. Both Brady Singer and Shane McClanahan have been excellent for their teams and are coming off quality starts. I recommend taking the under.