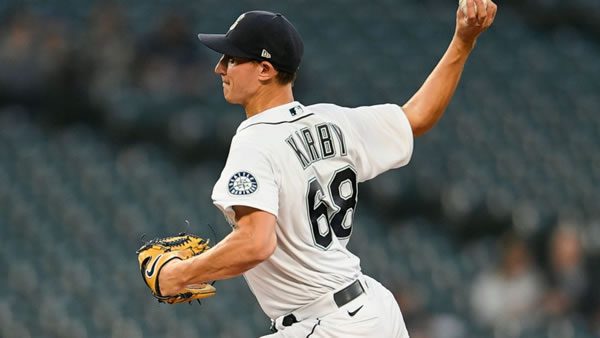 The Seattle Mariners host the Detroit Tigers on Monday, October 3rd at T-Mobile Park. The first pitch in this matchup is scheduled for 09:40 ET. The MLB Odds Board places Seattle as the favorite (OFF), with an OU line set at OFF.

Heading into today’s game, Detroit will be looking to tack on another win after taking down Minnesota by the score of 5-2. On their way to the victory, the pitching staff gave up 2 runs on 3 hits. The Tigers benefited from an offense that generated 5 runs on 6 hits. Heading into their last game, Detroit was the betting favorite at -105.0. So far, the team has been the favorite in 28 of their games, winning at a rate of 54.0%. Combined, the Tigers and Minnesota fell short of the over-under betting line of 7.5 runs. With this result, Detroit’s over-under record dropped even further, moving to just 60-85-13.

The Tigers come into this game with a 4-1 record over their last 5 contests. Over this stretch, the team has a positive run differential at +5. A key to their recent success has been an offense averaging 4.0 runs per game, compared to their season average of 3.40. Detroit’s overall series record is just 15-28-8.

Seattle is coming off a 7-run loss to the Athletics. Dropping the game 10-3. On their way to giving up 10 runs, the Mariners staff allowed 12 hits. At the plate, the Mariners only came through for 3 runs on 5 hits. Seattle dropped the game despite being favored at -280.0. For the season, the team has been favored in 89 games, winning at a rate of 64.0%. In terms of the over-under, the Mariners and Athletics combined to surpass the line of 7.0 runs. Against the run total, Seattle is just 72-79-7.

In their last 5 games, the Mariners have put together a record of 4-1. Their recent success is backed by an average scoring margin of +1 (last 5). Seattle has benefited from strong pitching, as their offense has slipped in their last 5 games, averaging just 4.6 runs per game. Their overall average sits at 4.22. On the season, Seattle has won more than half of their series, going 26-20-4.

The Detroit Tigers will send Bryan Garcia to the mound with an overall record of 1-0. Through 3 appearances, Garcia has an ERA of just 3.29 while averaging 4.4 innings per appearance. So far, batters are hitting just 0.191 against him. Home runs have been a concern for Garcia as he is allowing 2.05 per 9 innings. Garcia is in the bottom half of the league in strikeouts, averaging just 3.67 K’s per game. This includes a strikeout percentage of 19.0%. Leading into the game, he has shown a strong command of his pitches, averaging just 5.27 walks per contest.

Seattle will roll with George Kirby (8-4) as their starter. In his previous outings, Kirby has lasted an average of 5.25 innings, putting together an ERA of just 3.21. So far, opposing teams have hit the ball well against the right-hander, posting a batting average allowed of 0.257. Opposing batters are hitting for power at a below-average rate against Kirby, as he is allowing just 0.86 per 9 innings. Overall, George Kirby has struck out 25.0% of the batters he has faced. On average, he averages 5.33 K’s per game. Kirby comes into the game hoping to improve his walk numbers, as he is averaging 1.36 free passes per outing.

Heading into Monday’s matchup between Detroit and Seattle, the Mariners have a huge edge on the moneyline, as they will be sending George Kirby to the mound. Leading into action, Kirby has a WHIP of 1.17 and bounced back well from a tough outing by giving up just 1 run vs the Rangers. I recommend taking the Mariners to cover the runline.