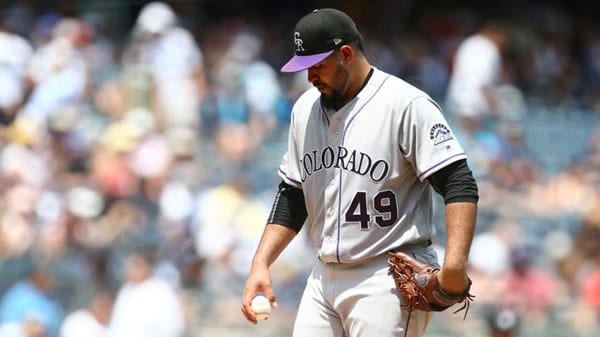 If the Rockies could play all of their games at home, they’d be in fantastic shape. Colorado might be 13 games under .500, but when they play in Denver, they turn into a playoff contender. Only four teams have a better home record than the Rockies in 2021, and they’ve won nine of their past 11 games at Coors Field, including a sweep of the Padres.

The fact that we’re getting plus money with the Rockies in Denver feels like a gift on its own, and that’s before you throw in that St. Louis is both not playing well and not a particularly good road team. The Cardinals are a mere 17-23 away from Busch Stadium, and they’re 2-10 on the road in their past four series away from home. As a whole, the Cardinals have lost six of their past seven series away from home, and the one exception was over the simply pathetic Diamondbacks. That’s not exactly a great way to inspire confidence heading into a series that the Cardinals kind of need to have if they’re going to keep themselves in the NL Central race.

The travel problems don’t stop there for the Cardinals. They’ve also drawn a possible schedule loss to start this trip because they’re going to be crossing a time zone without a travel day. However, unlike the Cubs’ loss to the Brewers earlier in the week, St. Louis does have the benefit of having played early on Wednesday.

However, the Rockies didn’t travel at all, which could give them an extra edge in a situation in which they’re already incredibly comfortable. The one thing the Cardinals have in their corner is Adam Wainwright, who’s the most recent St. Louis starter actually to pitch in a win away from Busch Stadium and has picked up a win in his past two road starts. However, Wainwright was only sharp in one of those two starts, a 9-1 win over the Braves. Against the Diamondbacks, he gave up four runs in five innings but got away with it because Arizona can’t stop anybody. A bad performance against a Colorado team that knows how to score runs in its own ballpark would likely prove too tall a mountain for the Cardinals to climb back in the game.

There’s really only so much that a pitcher can do at Coors Field to keep the onslaught of runs from coming, especially in an age where home runs are prized above all else, and strikeouts are ignored by hitters. That’s a major problem for Senzatela because he is not the kind of pitcher who makes batters miss. With only 55 strikeouts in 81.1 innings of work, batters will put the ball in play against him, and in Denver, that’s a dangerous proposition.

That’s one reason why three of Senzatela’s past five home starts have gone over the total, and one of the ones that went under was an 11-run line against Texas, despite the Rangers ranking in the bottom third of the majors in runs. The issue really hasn’t been a big deal when Senzatela’s pitched because the Rockies’ hitters are so comfortable at Coors that they can turn any deficit into a comeback, but it does mean that even a high total like the 11.5 this one’s been set at is in danger of being hit.

With rain possible, it’s very likely this game gets pushed back an hour or two. The temperature should be a comfortable 71 degrees, with winds blowing eight miles per hour out to left-center.

Even with Wainwright, I don’t trust St. Louis at all at the moment. The Rockies are an excellent home team, the Cardinals are a poor road team, and St. Louis is traveling from eastern Missouri, having played the day before. I’d rather ride with a better pitching option than Senzatela, but the Rockies’ hitters have done so well at home that it might not end up mattering. Give me Colorado. Did you know… that BetAnySports offers “less juice” on baseball, basketball and football bets? This essentially means that you can bet on games for cheaper prices? Why pay full price when you could be betting at a discounted rate? Sign up at BAS Sportsbook TODAY to start saving money!