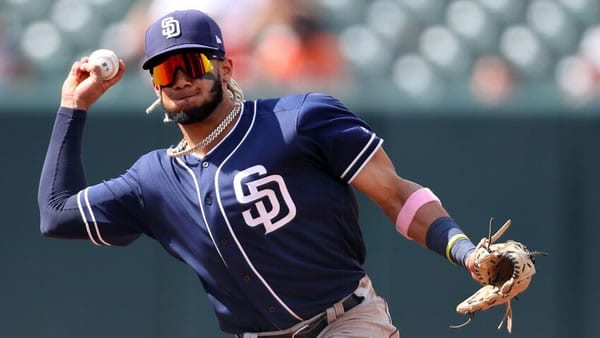 Can I Get Some Support?

There’s a good chance that Padres pitcher Joe Musgrove feels like he’s got to do it all each time he goes to the mound because the Padres’ hitters have given him virtually nothing to work with. To be entirely fair, Musgrove’s four losses are partially his fault for not pitching all that well, but the Padres didn’t help matters by giving him next to no help at the plate. In all four of Musgrove’s losses, the Padres have scored exactly one run. On the other side of the coin, in each of his two wins, one run would have done the job because Musgrove shut out the opposition.

That’s not a situation that can work long-term, and we might be seeing signs of that now, given the struggles Musgrove has had since the calendar flipped to May. Granted, this could also be because the Giants have his number because the only team he’s faced in May has been San Francisco. But in his past ten innings of work, he’s been tagged for nine earned runs and 12 hits, a far cry from the four earned runs he surrendered in five starts in April. There’s more to unpack here over his next few starts, but for the time being, Musgrove doesn’t look like the same pitcher who no-hit the Rangers, and the Padres aren’t doing anything to help him.

The under has really been cashing for the Cardinals as of late, who have seen six of their past seven games come in at seven runs or less, and five of those result in five or less. A large part of that has been the work of Cardinals pitching, as they’ve held the opponent to one run or less in four of their past six, and it might very well have been five if not for a wild pitch extending an inning and leading to three runs for Milwaukee on Wednesday. Given the Padres’ inability to support Musgrove and their tendency to play low-scoring games anyway, this contest could be well set up for another pitcher’s duel. The one issue that could complicate things is Oveieo, who has not pitched in nine days since giving up four runs to the Mets. Any time you’re giving up four runs to the Mets, you’re likely doing something wrong, which has been the case for Oviedo. In his three starts this year, the opponent has scored at least five runs every time.

Unless the opponent is Philadelphia, St. Louis has been pretty good at getting each series off to a strong start. In the 12 series that the Cardinals have played this year, they’ve won the first game on nine occasions, and two of the three in which they lost the series opener were against the Phillies. Interestingly enough, the Car-dinals’ early successes haven’t necessarily translated to success for the series. For the year, St. Louis has actu-ally lost more series than it has won, winning just five series out of 12.

And yet, the Cardinals sit atop the NL Central and own the second-best record in the National League behind the Giants. There’s a reason for that: winning the first game either allows the Cardinals the chance to earn a sweep or ensures that they’ll get something out of each series. For the year, St. Louis hasn’t once been swept, while the Cardinals have broken out the brooms on four occasions.

Weather shouldn’t play a significant role here, with temperatures at 62 degrees at first pitch and a mild breeze blowing west at seven miles per hour, heading to the first-base dugout.

The big question here is whether we can trust either of the starters here. Oviedo hasn’t pitched well in any of his starts, and Musgrove isn’t getting much in the way of support from the Padres’ hitters. I’m tempted to take St. Louis on the runline here simply to protect against the possibility of a blowout, but paying -142 in juice isn’t all that appealing. So the pick here is the Cardinals as the live dog. I don’t know what’s going on with Musgrove right now, but I do know I do not trust him enough to pay -180 to take a chance on him figuring things out against an oppo-nent that’s been playing pretty well as of late. Give me St. Louis.