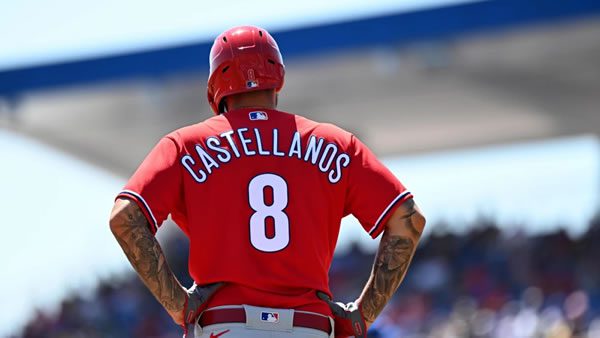 The Philadelphia Phillies host the Miami Marlins on Wednesday, June 15th at Citizens Bank Park. The first pitch in this matchup is scheduled for 01:05 ET. The MLB Odds Board places Philadelphia as the favorite (-135), with an OU line set at 8.5.

Miami looks to keep things rolling after taking down the Phillies by the score of 11-9. For the game, Miami’s pitching staff allowed 9 runs on 13 hits. The Marlins benefited from an offense that generated 11 runs on 11 hits. This victory came despite being the betting underdog, getting 130.0 on the moneyline. Together, the Marlins and Phillies combined to surpass the over-under betting line set at 8.5 runs. Miami has had more than half of their games go over the over-under line (31-28-1).

The Phillies will look to get back on track after dropping their last game by a score of 11-9 to the Marlins. On their way to giving up 11 runs, the Phillies staff allowed 11 hits. In the loss, the Phillies’ offense still came up with 13 hits and 9 runs. Leading into the game, Philadelphia was the betting favorite at -154.0. For the season, the team has been favored in 41 games, winning at a rate of 54.0%. The Phillies and Marlins went over the run total line set at 8.5 runs. For the season, the team’s over-under record is 36-24-2.

The Miami Marlins will send Pablo López to the mound with an overall record of 4-2. Currently, López has an ERA of just 2.43, while pitching an average of 5.84 innings per outing. Hits have been hard to come by against the right-hander, as his batting average allowed is just 0.205. Per 9 innings pitched, López, is averaging 0.9 home runs allowed. On the season, Pablo López has had no problem racking up strikeouts, posting a strikeout percentage of 26.0%. This includes a per game average of 6.0 K’s per game. Commmand has been a problem for López, as he is giving up 2.43 walks per outing.

Kyle Gibson gets the start for the Phillies, with an overall record of 4-2. Gibson gets the start with an ERA of 4.41. On average, he has lasted 5.26 innings per appearance. Compared to other starters, the right-hander has a high BA allowed of 0.250. Opposing batters are hitting for power at a below-average rate against Gibson, as he is allowing just 0.86 per 9 innings. Overall, he is averaging 4.67 strikeouts per game, on a K rate of 21.0%. For the season, he has struggled with command averaging 2.84 walks per outing.

For the season, the Miami Marlins and Philadelphia Phillies will be playing their 7th game of the season. So far, Miami is leading the season series, 4-2. Through 6 games, the series’ over-under record is 4-2, with the average run total sitting at 7.74 runs per game. In these matchups, the average scoring differential sits at 4.17 runs. Last season, Miami picked up the series win, 10 games to 9. The over-under record in last year’s matchups was 7-11, with the average run total being 7.74 runs per game. On average, the winning team won by a margin of 3.11 runs per contest.

Heading into Wednesday afternoon’s showdown between Miami and Philadelphia, the Phillies are just a slight favorite to pick up the win. However, I recommend taking the Marlins to win their 2nd in a row vs Philadelphia. In his last outing vs the Phillies, Pablo Lopez worked 5 1/3 scoreless innings. I expect another strong outing from the Marlins right-hander.