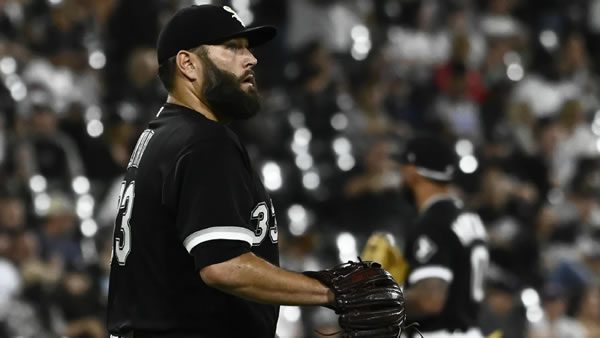 Money Line: White Sox -150 / Guardians +126 (Everygame - Grab a 100% real cash bonus up to $500 when you enter bonus code PREDICTEM on their special offers page after you deposit!)

The Cleveland Guardians host the Chicago White Sox on Thursday September 15th at Progressive Field. The first pitch in this matchup is scheduled for 01:10 ET. The MLB Odds Board places Chicago as the favorite (-150), with an OU line set at 8.0.

The White Sox will look to bounce back from a tough loss to Colorado by the score of 3-0. Even in the loss, the pitching staff gave up just 3 runs while allowing 7 hits. The White Sox ended the game with just 0 runs on 8 hits. This defeat came despite being favored at -260.0. Through 96 games as the favorite, the team has found the win column at a rate of 54.0%. This matchup remained below the over-under line set at 7.5 runs. With this result, Chicago’s over-under record dropped even further, moving to just 63-70-10.

The White Sox are looking to continue adding wins, as they are 3-2 over their last 5 games. Over this stretch, the team has a positive run differential at +2. Chicago’s offense heads into action averaging 4.4 runs per game in their last 5 contests. Similar to their season average of 4.31. So far, Chicago has won over half of their 46 series played, going 19-16-11.

Cleveland is coming off a 2-run win over the Angels (5-3). In the winning effort, the team’s pitchers held the Angels to 3 runs and 10 hits. Offensively, they finished with 5 runs on 13 hits. In the game, Cleveland was able to take care of business as they were the favorite at -115.0. For the season, the team has been favored in 76 games, winning at a rate of 62.0%. In terms of the over-under, the Guardians and Angels combined to surpass the line of 7.5 runs. So far, Cleveland has an over-under record of just 62-71-8.

Over their last 5 games, the Guardians have not lost a game, going 5-0. During this time, the team’s run differential sits at +10. Cleveland has benefited from strong pitching, as their offense has slipped in their last 5 games, averaging just 4.6 runs per game. Their overall average sits at 4.17. On the season, Cleveland has won more than half of their series, going 21-14-10.

Chicago will roll with Lance Lynn (6-5) as their starter. So far, Lynn has put together an ERA of 4.07. In his appearances leading up to today, he has lasted an average of 5.71 innings. Lynn comes into the game with a batting average allowed of 0.232. Home runs have been an issue for Lynn, as he is allowing an average of 1.48 per 9 innings pitched. In terms of strikeouts, Lance Lynn has a strong strikeout percentage of 26.0%, including a per-game average of 6.29. Leading into the game, he has shown a strong command of his pitches, averaging just 1.39 walks per contest.

The Cleveland Guardians will send Hunter Gaddis to the mound with an overall record of 0-1 and an ERA of 21.6. In his only outing of the season, he gave up 8 runs and was not able to get through the 4th inning.

For the season, the Chicago White Sox and Cleveland Guardians will be playing their 16th game of the season. Cleveland holds the edge in the series at 9-6. The over-under record in this series sits at 7-7. The average run total in these games is 8.16 runs per game. In these matchups, the average scoring differential sits at 3.53 runs. Going back to last year, Chicago won the season series, 10 games to 9. The over-under record in last year’s matchups was 10-9, with the average run total being 8.16 runs per game. On average, the winning team won by a margin of 2.79 runs per contest.

Free MLB Pick: White Sox Moneyline. Boost your bankroll with a 50% bonus up to $250 at one of the web’s best sportsbooks! You get rebates on ALL your wagers; win, lose or draw! They have the BEST live betting platform on the web AND they pay FAST! Find all this and more at Bovada Sportsbook!