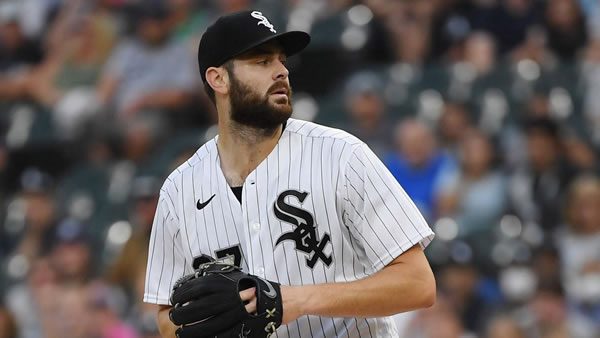 The Colorado Rockies host the Chicago White Sox on Wednesday, July 27th at Coors Field. The first pitch in this matchup is scheduled for 03:10 ET. The MLB Odds Board places Chicago as the favorite (-130), with an OU line set at 11.5.

In the Chicago White Sox’ last game, they picked up a 2-1 win over the Rockies. On their way to the victory, the pitching staff gave up 1 run on 9 hits. On offense, Chicago’s lineup put together a total of 9 hits, leading to 2 runs. Heading into their last game, Chicago was the betting favorite at -108.0. So far, the team has been the favorite in 59 of their games, winning at a rate of 56%. Together, the White Sox and Rockies stayed below the over-under line set at 11.0 runs. However, for the season, Chicago still has an overall over-under record of 46-45-6.

The White Sox are looking to continue adding wins, as they are 3-2 over their last 5 games. However, even with an above .500 record (last 5) their run differential sits at just -4 (last 5). Chicago has put together this record, despite averaging just 3.8 runs per game, compared to their season average of 4.38. So far, Chicago has won over half of their 31 series played, going 13-12-6.

In their last game, the Rockies suffered a 1 run loss to the White Sox by a score of 2-1. Even in the loss, the pitching staff allowed just 2 runs on 9 hits. With their 9 hits, the Rockies could only plate 1 runner. Leading into the game, Colorado was the betting favorite at -102.0. For the season, the team has been favored in 27 games, winning at a rate of 56%. With this result, the Rockies and White Sox combined to fall below the over-under line of 11.0 runs. Even still, Colorado games have still gone over the betting total over half of the time, at 47-45-6.

Lucas Giolito gets the start for the White Sox, with an overall record of 6-6. So far, Giolito has put together an ERA of 5.12. In his appearances leading up to today, he has lasted an average of 5.36 innings. Opposing teams have hit the ball well against the right-hander, with a batting average of 0.283. Opposing batters have been able to drive the ball with power against Giolito, averaging 1.68 homers per 9 innings pitched. Per game, Lucas Giolito is averaging 6.12, on a strikeout percentage of 26.0%. Command has been a problem for Giolito, as he is giving up 3.15 walks per outing.

Today’s matchup between the Chicago White Sox and Colorado Rockies will be their 2nd meeting of the season. Chicago has the lead in the series at 1-0. The over-under record in this series sits at 0-1.

Heading into Wednesday’s matchup between Chicago and Colorado, the White Sox are the favorite to pick up the road win. However, I recommend taking the Rockies to pull off the upset. Chicago starter Lucas Giolito has been prone to giving up some big run totals, which isn’t a good problem to have at Coor’s Field.

Free MLB Pick: Rockies Moneyline. Bet your CWS/Col prediction and ALL your MLB bets this week for FREE by taking advantage of a 125% real cash bonus when you use bonus promo code PREIDCTEM at GTBets Sportsbook! They have a cool loyalty rewards program too!