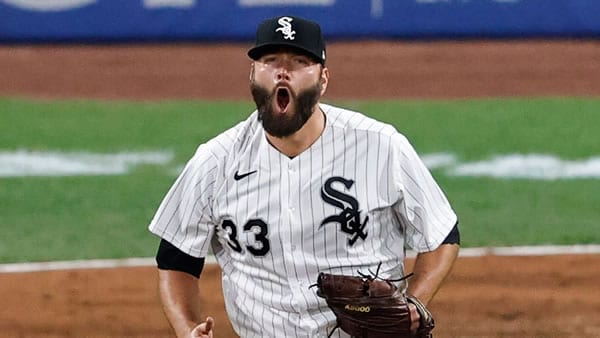 The Minnesota Twins host the Chicago White Sox on Saturday, July 16th at Target Field. The first pitch in this matchup is scheduled for 02:10 ET. The MLB Odds Board places Minnesota as the favorite (-120), with an OU line set at 9.0.

The Chicago White Sox will look to pick up another big win after they defeated the Twins by a score of 6-2. On their way to the victory, the pitching staff gave up 2 runs on 7 hits. The White Sox lineup had a good night at the plate, coming up with 8 hits, leading to 6 runs. Chicago picked up the win, despite getting 115.0 on the moneyline. Combined, the White Sox and Twins fell short of the over-under betting line of 9.0 runs. So far, Chicago has been a good candidate to fall below the betting line, as their over-under record sits at just 42-44-4.

The White Sox come into this game with a 4-1 record over their last 5 contests. During this time, they have an average scoring differential of +19. Offensively, the team has put up 28 runs in their last 5 games. Chicago’s season average comes in at 4.36 (16th. Chicago’s overall series record is just 12-12-5.

Minnesota is coming off a 4-run loss to the White Sox. Dropping the game 6-2. In the game, the team’s pitching staff allowed a total of 8 hits, leading to 6 runs. At the plate, the Twins only came through for 2 runs on 7 hits. Minnesota came away with a loss, despite being favored on the moneyline (-138.0). So far, the team has won 59.0% of the games in which they were favored. Combined, the Twins and White Sox run total fell below the over-under line of 9.0 runs. Now, Minnesota had an over-under record of 42-44-6.

The Chicago White Sox will send Lance Lynn to the mound with an overall record of 1-2. So far, Lynn has put together an ERA of 6.97. In his appearances leading up to today, he has lasted an average of 5.17 innings. Compared to other starters, the right-hander has a high BA allowed, currently sitting at 0.292. Home runs have been an issue for Lynn, as he is allowing an average of 1.16 per 9 innings pitched. Up to this point, Lynn has a strikeout percentage of just 20.0% and a per game average of 4.83. Throughout the season, Lynn has avoided walking batters, allowing just 2.61 per contest.

In today’s game, Minnesota turns to starter Dylan Bundy. For the year, he has a record of 5-4. To date, Bundy has an ERA of 4.68 while lasting an average of 5.0 innings per appearance. Teams have been able to rack up runs against him, as he has a batting average allowed of 0.27. Opposing hitters are hitting home runs at an above-average rate against Bundy. This year, he is allowing 1.32 HR’s per 9 innings pitched. Bundy’s current strikeout average is 3.8 per game. This includes a K rate of 18.0%. Bundy has done a good job at limiting walks, averaging just 1.92 per contest.

Today’s matchup between the Chicago White Sox and Minnesota Twins will be their 9th meeting of the season. Currently, Minnesota is winning the season series 5-3. The over-under record in this series sits at 5-2. The average run total in these games is 10.21 runs per game. In these matchups, the average scoring differential sits at 4.25 runs. Last season, Chicago picked up the series win, 13 games to 6. In these 19 meetings, the two teams combined for an over-under record of 11-7. Last year, the White Sox and Twins averaged 10.21 runs per game. On average, the winning team won by a margin of 4.0 runs per contest.

Heading into Saturday’s AL Central showdown, the Twins have the slight edge to pick up the home win. Even though Dylan Bundy is coming off a below-average outing vs Texas, he still picked up the win and had been throwing the ball well for Minnesota. Look for the Twins’ offense to come to life vs a struggling Lance Lynn.

Free MLB Pick: Twins Moneyline. Note: Football is coming! Be sure to bookmark our NFL Football Picks page and check back weekly for game previews and predictions for every single game of the 2022-23 season!