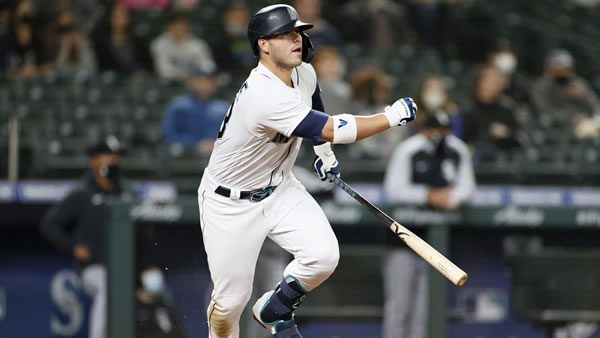 The Seattle Mariners host the New York Yankees on Tuesday August 9th at T-Mobile Park. The first pitch in this matchup is scheduled for 10:10 ET. The MLB Odds Board places New York as the favorite (-135), with an OU line set at 7.0.

In New York’s last game vs the Mariners, the Yankees came away with a 9-4 win. The Mariners came up with 6 hits leading to 4 runs against New York’s pitchers. The Yankees benefited from an offense that generated 9 runs on 13 hits. Heading into their last game, New York was the betting favorite at -110.0. So far, the team has been the favorite in 101 of their games, winning at a rate of 66.0%. With the over-under line set at 8.0 runs, the Yankees and Mariners combined to go over this total. So far New York has an above .500 over-under record of 56-51-3.

In their last 5 games, the Yankees are below .500, at 1-4. In this rough stretch of games, the team’s run differential comes in at -4. A key reason for New York’s recent struggles is an offense averaging just 4.8 runs per game over their last 5 contests, compared to a season average of 5.35. So far, New York has won over half of their 37 series played, going 24-8-5.

Seattle will be looking to move on from a tough loss to the Yankees by the score of 9-4. Seattle’s pitching staff gave up 13 hits, leading to 9 runs for the Yankees. The Mariners’ offense ended the game with just 4 runs on 6 hits. Leading into Seattle’s loss, they were the underdogs, getting 100.0 on the moneyline. In their 57 games as the underdog, their straight-up win percentage sits at 42.0%. In terms of the over-under, the Mariners and Yankees combined to surpass the line of 8.0 runs. Against the run total, Seattle is just 53-54-4.

In their last 5 contests, the Mariners have just 2 wins, going 2-3. This recent slump is backed by a scoring margin of -8 over their last 5 games. Even with their recent struggles, the offense has been steady, averaging 3.2 runs per game. This is right in line with their season average of 4.05. On the season, Seattle has won more than half of their series, going 18-15-2.

New York will roll with Gerrit Cole (9-4) as their starter. So far, Cole has put together an ERA of 3.56. In his appearances leading up to today, he has lasted an average of 5.96 innings. Through 22 outings, opposing teams have combined for a batting average of 0.21. Home runs have been a concern for Cole as he is allowing 1.44 per 9 innings. On the season, Gerrit Cole has had no problem racking up strikeouts, posting a strikeout percentage of 32.0%. This includes a per game average of 7.73 K’s per game. Command has been a problem for Cole, as he is giving up 2.26 walks per outing.

Seattle will roll with Luis Castillo (4-4) as their starter. Through 14 appearances, Castillo has an ERA of just 2.86 while averaging 6.07 innings per appearance. Overall, opponents have a batting average of just 0.201 against the right-hander. Not only does Castillo have a strong batting average allowed, but he has also avoided giving up home runs. In his previous outings, opponents are averaging just 0.74 home runs allowed per 9 innings. On the season, Luis Castillo has had no problem racking up strikeouts, posting a strikeout percentage of 26.0%. This has led to an average of 6.43 K’s per game. Castillo comes into the game hoping to improve his walk numbers, as he is averaging 2.96 free passes per outing.

Today’s matchup between the New York Yankees and Seattle Mariners will be their 5th meeting of the season. So far, the teams have each won 2 times. Through 4 games, the series over-under record is 3-0, with the average run total sitting at 7.14 runs per game. The averge scoring margin in these meetings is 4.0 runs. Last season, New York picked up the series win, 5 games to 2. In these 7 meetings, the two teams combined for an over-under record of 2-5. Last year, the Yankees and Mariners averaged 7.14 runs per game. On average, the winning team won by a margin of 3.14 runs per contest.

Heading into Tuesday’s AL matchup between New York and Seattle, the Yankees are the favorite on the moneyline. Luis Castillo has the tough task of taking on a dangerous New York offense for his first 2 starts with the Mariners. Even though Seattle grabbed the win, the last time he faced the Yankees, I expect New York to come out on top. I like the Yankees on the moneyline.

Free MLB Pick: Yankees Moneyline. Question: Are you a football bettor? Like to compete? Check out Betonline’s 500K NFL Handicapping Contest which they’re giving out $200,000 to first place!