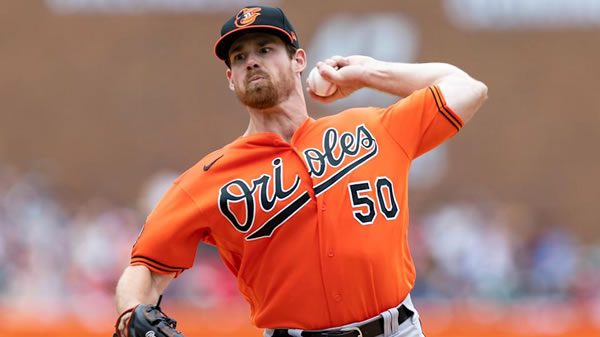 The Baltimore Orioles host the New York Yankees on Thursday, May 19th at Oriole Park at Camden Yards. The first pitch in this matchup is scheduled for 12:35 ET. The MLB Odds Board places New York as the favorite (-210), with an OU line set at 8.0.

The New York Yankees will look to add another win to their resume after pulling out a slim 3-2 win over the Baltimore. On their way to the victory, the pitching staff gave up 2 runs on 7 hits. On offense, New York’s lineup put together a total of 6 hits, leading to 3 runs. In the matchup, New York was favored at -250.0 on the moneyline. So far, the team has been the favorite in 35 of their games, winning at a rate of 74.0%. This matchup remained below the over-under line set at 7.5 runs. So far, New York has been a good candidate to fall below the betting lines, as their over-under record sits at just 16-21-0.

In the Yankees’ last 5 games, they are above .500, going 4-1. Over this stretch, the team has a positive run differential at 9. New York comes into the game struggling on offense, averaging 4.2 over their last 5. This figure is down from their season average of 4.89. So far, New York has won over half of their 12 series played, going 10-1-1.

The Orioles will look to bounce back from a tight 3-2 loss to the Yankees. For the game, the pitching staff held the Yankees to 3 runs on 6 hits. At the plate, the Orioles only came through for 2 runs on 7 hits. This loss came as no surprise, as Baltimore went into the game as the underdog, getting 230.0. So far, the team has gone into 35 games as the underdog, still finding the win column at a rate of 34.0%. With this result, the Orioles and the Yankees combined to fall below the over-under line of 7.5 runs. This result comes as no surprise, as the team’s over-under record is just 12-25-1.

In their last 5 contests, Orioles have no wins, going 0-5. During this time, the team has a run differential of -13. The team’s offense is a major reason for the slump, as they have averaged just 1.8 runs over their last 5 game. Baltimore has a below .500 series record of just 5-6-1.

Bruce Zimmermann gets the start for the Orioles, with an overall record of 2-2. In his previous outings, Zimmermann is lasting an average of 5.16, putting together an ERA of just 1.98. So far, opposing teams have hit the ball well against the left-hander. Opposing batters are hitting for power at a below-average rate against Zimmermann, as he is allowing just 0.75 per 9 innings. In terms of strikeouts, Bruce Zimmermann has a strong strikeout percentage of 21.0%, including a per game average 4.57. Throughout the season, Zimmermann has avoided walking batters, allowing just 2.23 per contest.

For the season, New York Yankees and Baltimore Orioles will be playing their 9th game of the season. So far, New York is leading the season series, 7-2. The over-under record in this series sits at 4-5. The average run total in these games is 8.89 runs per game. In these matchups, the average scoring differential sits at 3.0 runs. Going back to last year, New York won the season series, 11 games to 8. The over-under record in last year’s matchups was 7-12, with the average run total being 8.89 runs per game. On average, the winning team won by a margin of 3.84 runs per contest.

In this AL matchup, I recommend taking the 1st place Yankees to take care of business, easily picking up the win over the last placed Orioles. I feel comfortable taking New York at -1.5 runs on the runline.