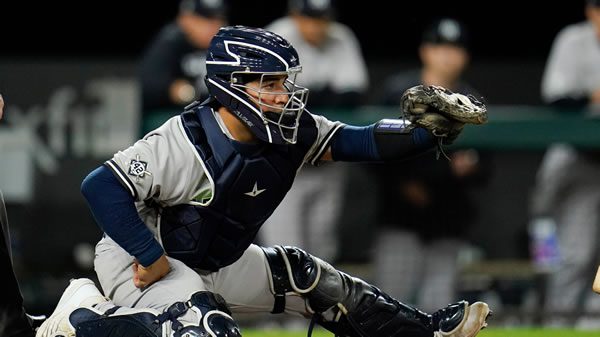 The Texas Rangers host the New York Yankees on Tuesday October 4th at Globe Life Field. The first pitch in this matchup is scheduled for 02:05 ET. The MLB Odds Board places New York as the favorite (-118), with an OU line set at OFF.

In their most recent game, New York picked up a 2 run win over Texas (3-1). Overall, the team’s pitching staff limited Texas to 1 run on 2 hits. On offense, New York’s lineup put together a total of 8 hits, leading to 3 runs. Heading into their last game, New York was the betting favorite at -150.0. Through 145 games as the favorite, the team has found the win column at a rate of 64.0%. Together, the Yankees and Texas stayed below the over-under line set at 8.0 runs. This outcome pushed New York’s over-under record further below .500 at 76-79-4.

The Yankees come into this game with a 3-2 record over their last 5 contests. During this time, they have an average scoring differential of +12. New York has put together this record, despite averaging just 4.2 runs per game, compared to their season average of 5.02. So far, New York has won over half of their 53 series played, going 31-16-6.

Texas is coming off a 2 run loss to the Yankees 3-1. For the game, the pitching staff held the Yankees to 3 runs on 8 hits. With their 2 hits, the Rangers could only plate 1 runner. Leading into Texas’s loss, they were the underdogs, getting 130.0 on the moneyline. In their 97 games as the underdog, their straight-up win percentage sits at 40.0%. With this result, the Rangers and Yankees combined to fall below the over-under line of 8.0 runs. Even still, Texas games have still gone over the betting total over half of the time, at 77-73-9.

The Rangers come into today’s game looking to turn things around, as they are just 0-5 over their last 5 games. During this time, the team has a run differential of -12. The team’s offense is partly to blame for their recent slump, as they have averaged just 3.2 runs over their last 5 game. Texas has a below .500 series record of just 16-29-8.

Jameson Taillon gets the start for the Yankees, with an overall record of 14-5. To date, Taillon has an ERA of 3.83 while lasting an average of 5.52 innings per appearance. So far, Taillon has a batting average allowed of 0.243. Home runs have been an issue for Taillon, as he is allowing an average of 1.32 per 9 innings pitched. On the season, Jameson Taillon has had no problem racking up strikeouts, posting a strikeout percentage of 21.0%. This includes a per-game average of 4.71 K’s per game. In his previous outings, walks have been an issue, as Taillon is averaging 1.58 free passes per outing.

Jon Gray gets the start for the Rangers, with an overall record of 7-7. Gray gets the start with an ERA of 3.86. On average, he has lasted 5.27 innings per appearance. Through 23 outings, opposing teams have combined for a batting average of 0.222. Gray is allowing home runs at a rate of 1.11 per 9 innings. In terms of strikeouts, Jon Gray has a strong K% of 26.0%, including a per-game average of 5.7. Gray comes into the game hoping to improve his walk numbers, as he is averaging 2.89 free passes per outing.

For the season, the New York Yankees and Texas Rangers will be playing their 5th game of the season. New York has the lead in the series at 3-1. The over-under record in this series sits at 0-4. The average run total in these games is 6.71 runs per game. In these matchups, the average scoring differential sits at 1.5 runs. Going back to last year, New York won the season series, 6 games to 1. In these 7 meetings, the two teams combined for an over-under record of 2-5. Last year, the Yankees and Rangers averaged 6.71 runs per game. The average scoring differential in this series was 3.0 runs per game.

Cubs vs. Reds betting analysis and free pick for their 10/4/22 game

Heading into Tuesday’s matchup between New York and Texas, I expect the Yankees to cruise to an easy win as Jameson Taillon is capping off a strong regular season with an ideal matchup vs the Rangers. In their last 4 games, Texas has not scored more than 3 runs. I recommend taking the Yankees on the run line.