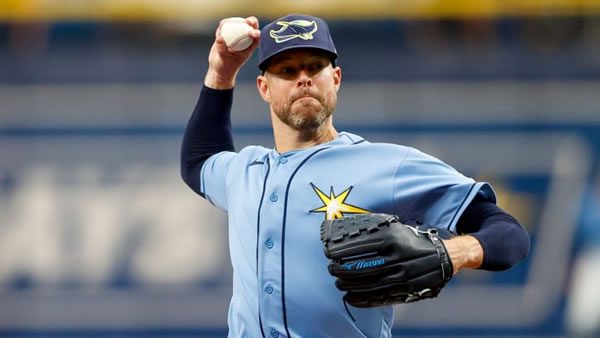 The Tampa Bay Rays host the New York Yankees on Saturday September 3rd at Tropicana Field. The first pitch in this matchup is scheduled for 06:10 ET. The MLB Odds Board places Tampa Bay as the favorite (-130), with an OU line set at 8.0.

The Yankees will look to bounce back from a tough loss to Tampa Bay by the score of 9-0. On their way to giving up 9 runs, the Yankees staff allowed 11 hits. The Yankees ended the game with 0 runs on 5 hits. New York’s loss came as the underdog, getting 114.0 on the moneyline. Together, the Yankees and Tampa Bay combined to surpass the over-under betting line set at 7.5 runs. On the season, New York’s over-under record is 61-67-4.

Over the Yankees’ last 5 contests, they have a record of just 1-4. In this rough stretch of games, the team’s run differential comes in at -11. A key reason for New York’s recent struggles is an offense averaging just 2.6 runs per game over their last 5 contests, compared to a season average of 4.94. So far, New York has won over half of their 44 series played, going 24-14-6.

The Tampa Bay Rays will be looking to pick up another win, as they most recently defeated the Yankees by 9 runs (9-0). For the game, the pitching staff held the Yankees to 0 runs on 5 hits. At the plate, the Rays scored 9 times on 11 hits. Tampa Bay picked up the win while being favored at -124.0. For the season, the team has been favored in 92 games, winning at a rate of 62.0%. In terms of the over-under, the Rays and Yankees combined to surpass the line of 7.5 runs. On the season, the team has an over-under record of just 59-60-11.

In their last 5 games, the Rays have put together a record of 4-1. Their recent success is backed by an average scoring margin of +19 (last 5). Compared to their season average, the Rays come into this game swinging the bats well, averaging 6.2 runs per game. On the season, Tampa Bay has won more than half of their series, going 22-17-3.

The Tampa Bay Rays will send Corey Kluber to the mound with an overall record of 9-7. Kluber gets the start with an ERA of 4.21. On average, he has lasted 5.37 innings per appearance. Teams have been able to rack up runs against him, as he has a batting average allowed of 0.264. Opposing hitters are hitting home runs at an above-average rate against Kluber. This year, he is allowing 1.21 HR’s per 9 innings pitched. Per game, Corey Kluber is averaging 4.72, on a strikeout percentage of 21.0%. Throughout the season, Kluber has avoided walking batters, allowing just 1.2 per contest.

Today’s matchup between the New York Yankees and Tampa Bay Rays will be their 15th meeting of the season. New York has the lead in the series at 8-6. Through 14 games, the series over-under record is 6-8, with the average run total sitting at 7.79 runs per game. In these matchups, the average scoring differential sits at 2.5 runs. Dating back to last season, Tampa Bay picked up 11 wins compared to 8, taking the season series. The over-under record in last year’s matchups was 9-10, with the average run total being 7.79 runs per game. The average scoring differential in this series was 4.0 runs per game.

More Picks: Get our Cubs at Cards Recommended Bet 9/3/22

Free MLB Pick: Rays Moneyline. Does your bookie offer MLB dimelines? If not, it’s time to make a switch!