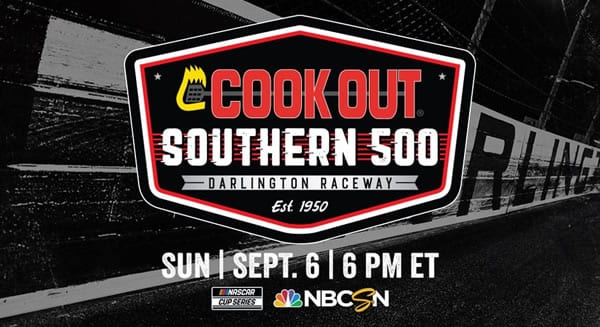 Well, Daytona was good to the young drivers, most notably William Byron! Byron secured his spot in the Chase playoffs with a win at Daytona after some very heated racing late in the race. This is Byron’s first Cup Series win, but definitely not the last. I guess the win didn’t hurt as Hendrick Motorsports announced earlier this week that Byron signed a contract extension keeping him in the #24 Chevrolet through the 2022 season. He’s been with the HMR since 2018 when he started his rookie season. Although he had a pretty stellar 2019 season, 2020 has been rocky for him (as well as the rest of this entire world). He has only had one top 5 finish prior to Daytona this year. It’s been a tough road for him, but it was clear that this victory gave him a desperately needed morale boost. He joins Alex Bowman and Chase Elliott, who also have extensions through the next year or more in the Hendrick garage. The missing puzzle is the No. 48 that will be vacated by Jimmie Johnson at the conclusion of this season. We have yet to see who is in the wings for that ride.

Daytona proved to be a very tumultuous race, especially towards the end where racing got very squirrely. Perhaps the wreck that caused the most frustration was the one where Tyler Reddick tried to pull a block on Kyle Busch while leading. Well, he just barely missed his window of opportunity and caused a ten-car pileup and a slew of angry drivers. Ryan Newman even went so far as to say Reddick “ran out of talent.” Honestly, it was a superspeedway racing incident. Everyone’s had it happen. And, quite frankly, if Newman wasn’t running mid-pack (where he always is), he probably wouldn’t have the same outcome.
Reddick was leading. Newman was not. That’s all you need to know about that. Reddick took responsibility. Regardless, Reddick has some serious talent and had a great car until being involved in a wreck later in the race. With just a few laps to go, Jimmie Johnson was also on the hunt and in contention for a win. In fact, he had a great car all night and managed to drive through several wrecks unscathed. Unfortunately, he couldn’t avoid them all and was collected late in the race. That put him 6 points behind DiBenedetto and out of the playoffs for good. I will give the 48 team a lot of credit, though. They worked on that car, cut pieces off, and did whatever was in their power to get Johnson back on the track and hope for the best. You never know until it’s over at Daytona, and they definitely went out with a 150% effort. The top 10 finishers at Daytona were pretty interesting overall. Following Byron was Chase Elliott, Denny Hamlin, Martin Truex Jr., and Bubba Wallace to round out the top five spots. Ryan Blaney, Alex Bowman, Brendan Gaughan, Chris Buescher, and Brad Keselowski rounded out the top ten.

This weekend, the drivers and teams are heading to Darlington for the start of the playoffs. The race the first of three before four drivers are eliminated. The drivers will race as a group of 16, then a group of 12, then a group of 8. The final group of 4 drivers will be decided in the final race of the season at Phoenix. As we head into this weekend, the drivers are going to be battling a much different race track than Daytona. Darlington Raceway, or “The Lady in Black,” is a 1.366-mile asphalt oval with 25 degrees of banking through turns 1 and 2, 23 degrees of banking through 3 and 4, and 3 degrees frontstretch, and 2 degrees on the backstretch. It’s kind of an atypical intermediate track, which makes it more interesting in my opinion than cookie-cutter tracks like Charlotte. This place eats tires too. It’s a track where tire strategy plays a large role. Drivers always have a lot of work to do when it comes to taking care of those left-side tires at this place. It’s also going to be tough for crew chiefs to get these cars set up correctly due to the wonky configuration. One end of the track is narrower than the other, causing a lot of differences in how the car should be set up. This is going to be a tough one for the rookies, I think. Without any practice or qualifying, a blind setup is often a very difficult task at Darlington.

When it comes to the winner, that means we are going to see the veterans have a better day this weekend. The unpredictability that Daytona brings us is in the rearview mirror. Darlington is a track for the experienced in terms of both car setup and driving skills. That means that the likes of Kevin Harvick and Denny Hamlin are going to be hard to beat. Those are actually my top 2 A list drivers. I do believe that Harvick will edge out Hamlin, though, when it’s all said and done. They will be battling some other top-notch drivers, including Brad Keselowski, Martin Truex Jr., and Kyle Busch. While Busch has been battling for a win all year, I’ll be interested to see how hard he races this weekend. Will he go for the win, or will he go for the security of points? That will be an interesting concept to follow for all of the playoff drivers as we head into the first of these playoff races. Let’s take a look at your potential winners heading into Darlington:

Favorite: Kevin Harvick (+325) Bet on NASCAR all month for FREE by taking advantage of a 100% real cash bonus on your first deposit of $100 to $300 at MyBookie Sportsbook!

Reddick had a bad finish at Daytona, but it wasn’t due to his talent. He was taken out late in the race during a wreck and had a car that was awesome. Not that Daytona is anything like Darlington, but it’s certainly a testament to this kid’s skill. With nothing to lose and everything to gain, I think that Reddick has the opportunity to take some risks and go for that win. We saw him driving as his life depended on it last weekend. This weekend should be no different. With only starts in the Xfinity Series, it’s hard to gauge his talent against the Cup drivers, but his last two finishes in the lower series were 2nd and 3rd. That speaks volumes as to his ability to get around this track efficiently and also set up his car correctly and make adjustments as necessary. He’ll be a driver to really keep your eyes on. Erik Jones is another won with a solid Darlington record. In his last four starts as a Cup driver with JGR, Jones has never finished outside the top ten. In fact, he has a win here back in the fall of 2019. Jones could be a driver that throws a wrench in the championship points for some guys. Look for him to come on strong this weekend with the championship pressure off his shoulders. He will undoubtedly be performing well, as this kid is looking to pick up a ride for next year still. Maybe the 48? Who knows, but Jones is going to give it all he’s got. He’ll likely have to slide by Kevin Harvick to do it, though. Harvick has 9 top 10 finishes in his last nine starts here. He also has two wins, including one in the return of the Cup Series this year in May. With +325 odds, Harvick is very clearly the favorite heading into this weekend. He’s going to be hard to beat and hard to move from the top of the leaderboard. Here’s a look at your standings after Daytona:

Wager on who wins plus driver vs. driver matchup bets at Bovada!

I’m actually still pretty surprised just physically seeing Kyle Busch in the last group of drivers making the cutoff. Like I mentioned before, he’s still searching for his first win of the season. It might be Darlington, but he’s going to have to stay out of trouble, which he’s had a hard time doing so far here in 2020. Kevin Harvick has a nice little 10 point advantage over second-place Denny Hamlin and a 28 point advantage over third-place Keselowski. With such a lead, to begin with, Harvick will need to sustain catastrophic damage while the rest of them remain on their best behavior and race for wins to topple him for the championship. Harvick has been the class of the field since returning from the COVID break, and I don’t see that ending anytime soon. Stay tuned for the beginning of the playoff season for the NASCAR Cup Series drivers as we head to Darlington for a great Sunday night of racing!