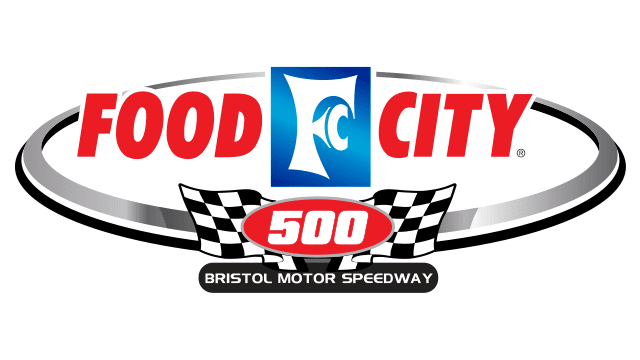 Charlotte was definitely a heck of a show. From the inception of the day, really to the very end, it did not disappoint. I have to say that NASCAR does patriotism better than any other professional sport hands down. The honoring of the fallen soldiers is always so incredible to watch. Even with COVID, NASCAR fully honored just like they would on any Memorial Day from having names of soldiers on the cars to the playing of Taps to the flyover, it was a sight to behold. It’s clear that it’s much more than just a smoke and mirror show, as the teams, drivers, and NASCAR families all have deep roots in the military. A good portion of its fan base has military connections, so it’s no wonder that NASCAR is so attuned to that group of people.

Aside from the awesome display of patriotism, the drivers put on a good show. Brad Keselowski came home with the win. I picked the wrong Penske driver, but Penske showed their strength. Joey Logano was running top 5 all night until a pit road penalty set him back, and he could just never recover. That was a prime example of how vital track position is at Charlotte. If you get behind, you’ll play hell trying to get back to the front. Shoot, getting back to the front from even second place proved to be challenging. Unfortunately for Chase Elliott, his teammate (William Byron) spun with just a couple of laps to go as Elliott was leading Keselowski by 1.6 seconds. At that point, it was the strategy. To come in or to stay out with what would be just a few laps remaining was the ultimate question. Keselowski and seven other drivers stayed out. Elliott chose to pit and restarted 11th. Unfortunately, there weren’t enough laps to charge his way through the field. He made it up to third, which was impressive to watch, but he just didn’t have enough time to get to Keselowski. Luckily, he gained another position as NASCAR disqualified Jimmie Johnson from 2nd after failing a post-race template inspection. Riddle me this. How do you fail a template inspection after an impound race? That’s either NASCAR messing up or the #48 team doing something pretty egregious. I find that hard to believe, but either way, it benefitted Elliott in the end.

I felt terrible for Chase. You could see the disappointment in his face, especially after being wrecked out at Darlington by Kyle Busch. He’ll get a win soon, though, if he can keep this consistency up. This weekend, it’s all about the short track battles, though. This is going to be a fun race. We are living the cookie-cutter Charlotte Motor Speedway behind and heading to the banks of Bristol. This place is awesome. With its rich history and notorious battles, Bristol brings a lot to the table for both fans and teams. It takes a special type of driver to master this place.

Interestingly enough, a lot of drivers are familiar with these tracks. Short tracks are where most drivers originated from, so in a sense, it levels the playing field. It most certainly requires talent, though. This ain’t your grandpa’s short track. Bristol has undergone significant renovations throughout the years. Its current oval is a 0.533 concrete beast with 26-30 degrees of banking in the turns and a variable 6-10 degrees along the straights. It is known as the world’s fastest half-mile, which can mostly be attributed to the banking in the turns. Unlike Martinsville and Richmond, the drivers can maintain a level of momentum without using so much brake like they have to at the other tracks.

When it comes to picking a winner, there are many solid picks, but I am going to go with Kyle Busch. He has a total of eight wins here, with his most recent being this race last year. Busch has a tenacity about him, and I think his aggressiveness will pull through on Sunday. Between tires and pit strategy, Busch’s team needs to be smooth and solid, and he should have no problem pulling into victory lane. He’s going to have to fight off Denny Hamlin as his next biggest competitor, though. Hamlin has his own set of battles to deal with after a tungsten weight came loose from his car just before the start of the 600. As a result, NASCAR suspended his crew chief, car chief, and engineer. That’s a heavy hit. But with all of the technology and how connected we are these days, I am sure they’ll find a way to adapt. Let’s take a look at your potential winners heading into the race on Sunday:

Favorite: Kyle Busch (+350). Bet YOUR Food City 500 picks for FREE by taking advantage of a 100% REAL CASH bonus on your first deposit from $100 to $300 at MyBookie! Must use this link to sign up as it triggers the special bonus code!

Reddick has not disappointed in his berth for a win or a spot in the Chase. He’s coming off an 8th place finish in the Coke 600. That’s a big deal. This kid is maintaining and progressing through each and every race we see with him as we go through the season. I think that he will absolutely be competitive this weekend. Kurt Busch also had a top 10 finish on Sunday coming home with a 7th place check. He also came in 3rd in the first Darlington race. With a total of 6 wins here, with his latest being in 2018, Kurt knows how to get around this place. He’s been running well and would absolutely love to get back into victory lane. Bristol will be an excellent place to start, but he’s going to have to beat his brother for this one. Let’s take a look at the standings after the 600 as we head to Bristol this weekend.

Reddick has to be pretty excited to jump into the top 16 group. I have a feeling that he might stay there for a while. Kurt Busch jumped a couple of spots since last week, and his brother Kyle picked up four positions. This weekend will definitely see a shakeup if you ask me. Going to a short track or a superspeedway always causes feathers to be ruffled. Sunday’s race will be no different. Stay tuned for a great afternoon of short track racing as NASCAR brings these teams to the hills of Tennessee!