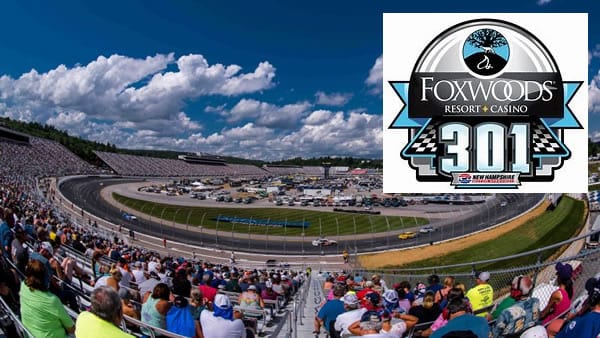 It was the Kyle and Kurt show on Sunday as they both battled for the win at Atlanta. Unfortunately for Kyle, he was moved from the position to win when Ross Chastain helped teammate Kurt Busch by giving him just the push he needed to sail to the front of the pack with just 24 laps to go. Apparently, that didn’t sit well with Kyle. He was noticeably frustrated with the move, being that Chastain was a lap down. Apparently, to Kyle, that means that teammates can’t help each other out. Chastain gave Kurt the lane that he wanted and helped maneuver him to the point where he pulled away from Kyle. A bigger frustration for Kyle may have been that he was coming off the win from Saturday at the same track and thought he had what it would take to get to the checkered flag first. It just didn’t pan out. This was the final race run on this surface. Atlanta boasts the oldest surface of any of the current tracks that the teams run on, being that it has been the same since 1997.

There were a lot of people griping about track conditions, as the track needed to be repaired in the front stretch following the 2nd stage. Now, let’s keep in mind that resurfacing a track is necessary, but it also drastically changes racing conditions. When Bristol was resurfaced, well, I think you can remember the collective anger from the lack of racing that we used to see at that track. It changed the historic race in a way that wasn’t pleasing to a good portion of fans and drivers at the time. Let’s hope that Atlanta doesn’t change too much.

Additionally, as long as we don’t see a collective group of tracks being resurfaced within the same year or two, we should be good to go. Half of the problem before was that all the tracks seemed to have the same surface, leaving drivers racing on slick asphalt and leaving little in the way of being a wheelman when it came to managing the race as a driver. This weekend, we saw many that, simply because of the track conditions where drivers had to navigate different grooves with different challenges. There was a good amount of passing and utilizing the different grooves, with guys like Tyler Reddick and Chase Elliott showing strength in the early parts of the race. Elliott suffered from a locked-up brake, though, later in the race, causing him to miss his pit box and lose a bunch of positions that he just wasn’t able to make up. He ended his day in a still respectable 7th place finish. Following Kurt Busch was brother Kyle in 2nd, Truex Jr., Bowman, and Blaney to round out the top five. Tyler Reddick was in 6th place, followed by Chase Elliott, Christopher Bell, Matt DiBenedetto, and Brad Keselowski.

This weekend, the drivers are headed to New Hampshire Motor Speedway, where defending winner Brad Keselowski will try to maintain the top spot. New Hampshire is a touch unique as an asphalt and gravel oval spanning 1.058 miles. There are 2 to 7 degrees of variable banking through the turns with just 1 degree on the straights. The interesting part of New Hampshire is the lack of winners with this crop of drivers. There are only seven different winners at this track in the group of active drivers. There’s probably going to be a lot of competition, seeing as the regular season is winding down sooner rather than later. A lot of drivers are still winless. Who wants to go into the playoffs without having secured a victory? New Hampshire is a place where we could see a different winner instead of one of the only seven active drivers, but I’m not so sure it’s going to be that easy. The most significant issues we see throughout the race at this track include tire wear due to the varied surfaces as well as pits. There seem to always be a good number of pit road penalties here due to speeding. The drivers will really need to pay attention and not get ahead of themselves here to avoid those penalties and to ensure that they come in and out of pit road cleanly.

BET YOUR FOXWOODS 301 PICKS FREE BY TAKING ADVANTAGE OF A 100% REAL CASH BONUS ON YOUR FIRST DEPOSIT OF $100 TO $300 AT MYBOOKIE SPORTSBOOK! (MUST USE PROMO CODE PREDICT100)

The drivers that can run a clean race are going to be the ones to bet on this weekend. I say that and will also say that Kyle Busch is going to be my pick to win. That seems a bit counterintuitive, but he’s either on or off. There’s no in-between. The biggest issue he’s had at this track is speeding on pit road, which he’s actually bounced back from at times. I wouldn’t encourage that type of behavior again, but he’s proven he can come back from the mistakes. We do know that he’s very successful here overall. With a total of 4 runner-up finishes and three wins, it’s clear that Kyle knows his way around New Hampshire as efficiently as any driver out there. For him, just the motivation of almost tasting victory last weekend might be enough to catapult him into another win for the season. I think that he will be the most competitive driver and the one to beat on Sunday. Let’s take a look at all of your potential winners heading into New Hampshire:

Did you know that you can bet the race live-in-progress? Find the BEST live wagering platform on the web at Bovada Sportsbook!

Aric Almirola might seem like an unlikely pick. He is. He’s the dark horse. But take a look at his three starts at this track with SHR. He has an average finish of 7th in just three races. He’s in the top 5 driver ratings and has improved quite a bit over the last month this season. The only drivers with better ratings are Kevin Harvick, Martin Truex Jr., and Denny Hamlin. That’s good company to keep. Although Harvick maintains the best rating and actually the most wins of any active driver at 4, this team is just off. They don’t have their act together. I do think that if they can when somewhere, this is the place, but they’re definitely not on their A-game. Truex is good here, but he’s not great here. He’s still looking for his first win at this track, so he’ll be pushing hard, but I’m not sure how risky he’ll be with the playoffs insight at this point. Denny Hamlin is a favorite at this track very frequently, tying Kyle Busch with three wins. That being said, I think Kyle is driving a little bit better than him at this point in the season. Denny is still looking for his first win of the season, though, so definitely something to consider. Let’s see where everyone stands as the drivers head into Sunday’s race following Atlanta:

Of the top 16, only Denny Hamlin, Kevin Harvick, Austin Dillon, Tyler Reddick, and Chris Buescher do not have a win. Interestingly enough, Michael McDowell is sitting in 17th with a win, meaning he will bump the bubble driver when playoff times roll around. The competition is going to start getting a little more fierce for the ones without a win and also for the ones still trying to point their way inside those coveted top 16 spots. Stay tuned for a great afternoon of racing as the drivers and teams head to New Hampshire Motor Speedway!

Every wonder which online sportsbook has the fastest payouts? We tested the top ten books multiple times and BetOnline was the fastest ever single time! They paid out via Bitcoin within an hour every time!