Jockey Made in America 250 Picks & Analysis 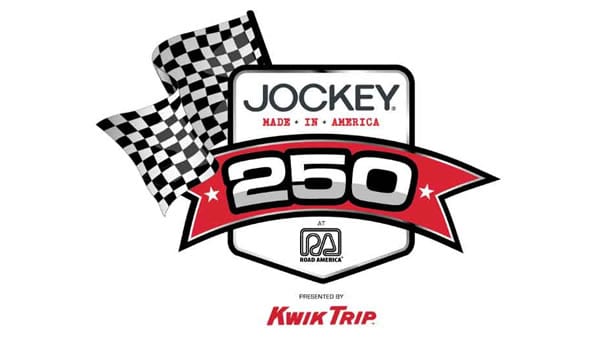 I’m going to have to eat my words about the Pocono double-header, y’all. It was actually some of the best Pocono racing I’ve seen. Both races produced a lot of battles for the lead and throughout the field while also giving us some fuel mileage challenges and other issues throughout the afternoons. Honestly, it was one of the best and worst finishes of the year with the first race on Saturday. There was some seriously good racing between teammates Alex Bowman and Kyle Larson. They were battling for at least 10 or more laps, with Kyle Larson finally able to pass with just a handful of laps to go. Once Larson passed Bowman, he started to pull away with ease and had the win in the books. And then he came out of the final turn and his tire went down. It was pretty unbelievable. The announcers had him pinned as the winner since he was coming through the turn to the checkered flag, and BAM! I think we all took a collective breath as we watched Larson slam into the outside wall and come skirting down the stretch to the start/finish line. He still managed a top 10 finish, but Bowman got the win.

Bowman admitted that’s not how he wanted to get it, but he was definitely going to take it. We all knew that Larson outdrove him at the end, but it just goes to show that it ain’t over until it’s over. Now, for Sunday’s race, we have another pretty exceptional story. Kyle Busch won. That’s not really the exceptional part, though. He won the race after being stuck in 4th gear for nearly the entire 140 laps. Who does that? Who can manage that? Who can keep the car together long enough to finish, let alone win? Kyle Busch. That’s who. We really saw fuel mileage make or break the race for many drivers at the end. Being that this race was a touch longer than Saturday’s, there were a lot of drivers who took a gamble and lost or just couldn’t make it work. Kyle Busch was not that guy. With only two laps remaining, Denny Hamlin was hoping to make it last but just couldn’t do it. He had to go to pit road, leaving his teammate out to catch the win. Who got second? Well, that would be none other than Kyle Larson. Man, what a racer.

The drivers are definitely going to have to switch gears this weekend. Kyle Busch made need to make sure he can actually do that. Nonetheless, the teams are headed to Road America for another road course race this weekend. This track is located between Milwaukee and Green Bay in Wisconsin and has maintained its original configuration since racing began here in 1955. Interestingly enough, Road America is new to the Cup Series. The Xfinity Series has been racing here for 11 years, though, so the drivers that cross into that series will have some experience here and also a potential benefit with the extra practice. This place is different than the other road courses as well. It’s comprised of a 4.048 mile asphalt track with a total of 14 turns. The defining turn on the track is known as “the kink”, which is located on the backside of the track at turn 11. Coming out of turn 14, the drivers have a long straight to get back to turn 1. Speeds can approach nearly 200mph on this long straightaway before the drivers have to lay on some heavy brakes to get through the first turn.

Road courses undoubtedly require a different skill set than our typical tracks. We’re seeing more and more road course racing in NASCAR, so the addition of Road America should be pretty fun to watch. There are a handful of drives that excel at the road courses. Those are who we have to keep our eyes on. Ultimately, there’s one driver who’s been the one to beat in the most recent road courses. Chase Elliott is the man on the road courses. In the last 11 races the drivers have been to, Elliott has won 6 of them. He’s got a touch of experience with this road course, but he hasn’t raced here since 2015. In the two races that he did run, he came away with a 4th place finish both times. Elliott is going to be the one to beat hands-down.

Let’s take a look at your potential winners heading into this weekend’s race:

McDowell has seen his fair share of struggles, but he’s actually a pretty decent road course driver. So far this year, he’s had 2 top 10 finishes in the 3 road courses the teams have been to. That’s not too shabby. He’s definitely gaining more and more experience, but he seems a touch more competitive on the road courses than some of the other drivers. If you can remember all the way back to 2016, Road America broke a long drought for McDowell when he took home the win. Clearly, he knows what it takes to get around this track. Kurt Busch is also another guy who’s had a rough go of things this year. While that may be the case, road courses are his type of track. In his last 5 starts, he’s managed 3 top 6 finishes. Busch is a wheelman and is more than capable of turning this weekend into a success for his team. I think we’re going to see him make some moves and be competitive towards the front of the field for the majority of the race. They will all be chasing Chase, though, and looking to continue to gain points and those coveted wins for their spot in the Playoffs. Let’s take a look at the current standings after Pocono.

McDowell fell out of the top 16 after Pocono, but he’s got the win from Daytona on his side. Other than that, there wasn’t a whole lot of movement in the standings. Larson closed the gap on Hamlin to just 2 points. Not that it really matters much, but every point does count when it comes to setting the Playoff field, which is getting closer and closer. I do think that we will see some surprises after Road America. Road courses always tend to jog things up a little bit, as this is unconventional for a lot of drivers. Interesting that this is the fourth road course of the year so far, though. I can’t say I hate it. I like watching the drivers on these tracks. There’s a lot more skill involved on the drivers’ behalf than our typical oval tracks. Stay tuned for some great racing as the drivers head to the inaugural road course race for the Cup Series at Road America!