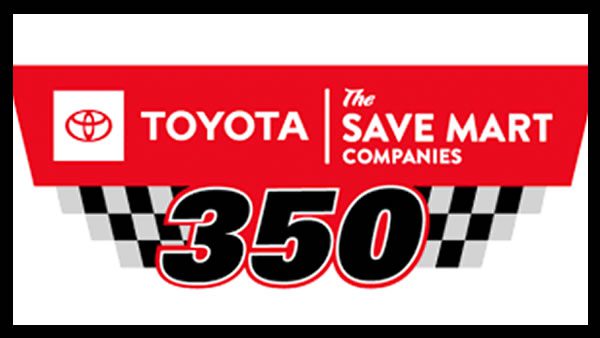 With just two laps remaining, the inaugural race at World Wide Technology Raceway proved to be a passing challenge throughout the entire race. That was why it was even more surprising when Joey Logano managed to get ahead of Kyle Busch in those closing laps to get the win. The irony seemed to be that the track widened out quite a bit the more that it was raced on. This meant that there were moments of three-wide racing, but they seemed brief. To actually pass was a challenge. Logano’s move was only made possible by his teammate, Ryan Blaney, giving him a good shove from behind to propel him to the checkered flag, a little over a half a second ahead of Kyle Busch. Kyle gave it a good run, but it was that last caution and restart that came back to bite him. It’s just more proof that having teammates and friends on the track is necessary. I’m not saying Kyle has no friends, but his pick is few and far between. He chose the outside line on the restart because he ran best there throughout the majority of the day, but for some reason, there was a lack of communication with his brother, of all people, who was behind him to really get under his bumper and give him the push that he needed. I guess they still have a little bit of learning to do as brothers.

Overall, the race saw a total of 10 cautions, with no serious wrecks or flips or otherwise. The crowd was a sellout for the first race, with the truck race also bringing in a record crowd. I think as more races happen, we will see better racing overall. The track still needs to break in, and the drivers still need to get used to its intricacies and quirks. I like seeing another track added to the schedule with a bit of a different configuration, especially since it takes a Pocono weekend. Pocono is overrated, in my opinion, and doesn’t offer the greatest racing for the spectators. Not to mention, it never stops raining. There’s always a good shot at a rain-shortened race or one that ends up getting moved due to weather.

From a new track to a road course, these drivers and teams are in for it this season with the schedule they’ve been running! There seem to be no breaks, but that just means non-stop action as we keep on keepin’ on. This weekend, everyone is heading to Sonoma, where we’ve seen some of the best racing in NASCAR, in my opinion. I like the road courses. I think that it really gave the drivers a challenge and showed us some unknown talents from guys we wouldn’t normally see running up front. Unfortunately, as the years have gone on and it’s become harder and harder to just race one race here or there, we see fewer of the “unusual” names during these weekends than we used to. We used to get a lot of dirt track guys and even some guys that would run in other series, but that is few and far between as the sport (along with everything else in this country) reaches unattainable financial levels for the rest of us. But I digress. Sonoma is located in the mountains of California. The Cup Series has actually been racing here since 1989. The full course at Sonoma consists of 12 turns on a 2.520-mile asphalt track. This configuration was utilized in the past two years; however, 2022 brings about the use of the modified track. This consists of bypassing turns 5 and 6 by adding the Chute, thus shortening the overall track length to just under 2 miles. To ensure that the distance of the race is met, the race is extended from 90 laps to 110 laps.

When it comes to picking a winner here, there are a particular group of drivers that come to mind. The defending winner of this race is one of them. That is none other than Kyle Larson. Now, Larson was unstoppable last year. He’s doing well this year, but he’s not quite as invincible as he seemed to previously be. That being said, he’s going to be someone to keep a very close watch on. Chase Elliott is another driver that should remain on your radar. Although he’s never won here, he was second to Larson last year and only had a rough finish the year prior to engine troubles. I think that Elliott is going to be the star of the show this weekend. He will have to manage to keep Kyle Busch and Martin Truex Jr. in his sights, though, as they are also strong contenders for the win anytime we head to a road course. Let’s take a look at your potential winners with odds provided by MyBookie heading into this weekend’s race at Sonoma:

AJ Allmendinger is great on the road courses. If there’s anywhere for him to shine, this is it. Although his starts at Sonoma haven’t been the best, there’s hope for him yet. His last start here ended in an engine failure. The hope is to not repeat that same fate. He’s also coming off a win at the road course in Seattle last weekend, which was the inaugural run at that track. I think that he’s going to be much more competitive here at Sonoma than in years past. Alex Bowman has a couple of top 10 finishes, including a 9th place last year. He’s had a little bit of a rougher year this year, although he’s hanging on to his position in the top 16. Ross Chastain is doing very well, still hanging onto 2nd place. He might have a rough go of it this weekend after the commotion he caused at Illinois. There are a couple of drivers looking for some revenge, and even Chastain said he deserves it.

Let’s take a look at where everyone sits in the standings before heading into Sonoma:

Although he’s hanging on by a thread to stay in the top 16, Almirola should improve on that this weekend. He was had some recent strong runs here, with a 9th place finish in 2019 and an 8th place finish in 2018. He’ll be looking to do the same this weekend to gain some valuable points as we inch closer and closer to the close of the regular season. It’ll be here before we know it. After Memorial Day weekend, the days tick by faster and faster. In fact, after this weekend, there are only ten more races until the Chase officially begins. That seems hard to believe! Stay tuned as the drivers battle on the one and only Sonoma Raceway this weekend! Question: Did you know that you can bet on the race LIVE-in-progress? Find this sweet opportunity at Bovada Sportsbook!