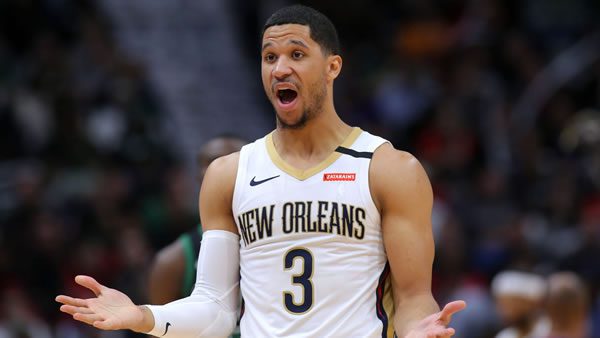 (Looking for huge limits? Get them here)

The New Orleans Pelicans are off to one of the worst starts in the league at 1-6. The Pelicans have been unable to close out games in the 4th quarter, coming off three straight losses of six points or less. Brandon Ingram leads the squad averaging 25 points per game and as a team average 104.3 PPG. On defense without Zion Williamson to start the year, the team gives up 111.0 PPG. The season is still young, but after the Suns, they will face three straight opponents with a record of .500 or better. Tough sledding ahead for the diminished Pelicans.

The Suns got back in the win column to close out the month of October with a 101-92 victory over the Cavaliers. At 2-3, Phoenix has been unable to establish consistency on both offense and defense as they’ve suffered two double-digit losses while only having one 10 point win themselves. Devin Booker leads the team averaging 22.6 PPG, and as a team, they are averaging 105.2 PPG making them 18th in the league. After a solid defensive outing holding the Cavaliers to 92, their defense is giving up 110.2 PPG. Hard to have a winning record when you are averaging a -5-point differential between your offense and defense.

If you’re looking for a fast-paced, high-scoring game, Tuesday’s Pelicans vs. Suns matchup is not the place to be. Both squads come into the game in the bottom half of the league as far as pace. Phoenix does come into the game with a slight edge averaging 103.1 possessions per game compared to New Orleans at 102.6 per game. Usually, the Pelicans are one of the faster teams in the league for pace, as, in the previous two seasons, they were top 10 for possessions, but without Zion this year, they’ve slowed things down without their explosive center in the paint. This change for the Pelicans seems to be putting them out of sync in their 1-6 start. The Suns, who have been consistently a slow-paced team for the past few seasons, will be more in their element in Tuesday night’s game.

Shaking Off the Rust

Before anyone hits the panic button on the Suns season, remember we’re not even ten games into the season yet. The Suns are among a number of teams who are coming off a playoff appearance and/or have high expectations for the year. Looking at this Suns roster, it’s only a matter of time before they go on a run and put together some consistent games. Closing the book on a slow October five-game start, Phoenix has an opportunity to get some swagger back against a struggling Pelicans team that is still in a rebuilding phase. The Pelicans are among one of the worst teams defensively right now, allowing 111.0 PPG. Tuesday night’s game should allow the Suns offense to get rolling as they try to get back to a .500 record.

The Pelicans are one of the teams this year that can’t seem to get anything to go their way. With key players missing time due to injury or not being able to play 100%, a 1-6 start to the season is the least of their problems. To start the year, New Orleans has been without young star, Zion Williamson. Though listed as a center, the offense runs through Zion as his production in the paint on both offense and defense is what allows them to keep pace in games. Unfortunately, the Pelicans will have to find a way to put together wins without him as Zion is looking at a return to the court at the earliest in 2 weeks. Another key contributor to the team dealing with an injury is Brandon Ingram, who leads the team averaging 25 points a game. Dealing with a hip injury, the Pelicans were without him on the court in their last game against the Knicks. Since the Pelicans aren’t one of the super teams that have formed over the past few years, having your go-to guy out for the foreseeable future only means keeping the ship afloat until he returns. Look for the Suns to tee off on the shorthanded Pelicans to secure the win at home.

Tuesday’s game will be the first time these teams meet on the season, so no recent games to highlight. Looking back at the last two seasons, the Suns have won three of the last four matchups. The one game the Pelicans won last year over the Suns featured a solid outing from Eric Bledsoe, Steven Adams, and Lonzo Ball, who are no longer with the team.

How the Public is Betting the Pelicans vs. Suns

52% are betting the Suns against the spread.

Tuesday’s matchup between New Orleans and Phoenix featured two teams struggling out of the gate. Despite three straight losses, New Orleans has covered the spread in two of them and lost only by four points in the one they didn’t. I see the Suns getting the job done and handing the Pelicans their fourth straight loss, but the Pelicans have shown that they can keep it closer than the odds give them. Take the Pelicans against the +11.5-point spread. Bet your NBA picks for FREE this week by scoring a 50% bonus up to $250 in free bets at Bovada Sportsbook! Your credit card will work there for deposits and they give you rebates on ALL your bets; win, lose or draw! Click here to sign up now!