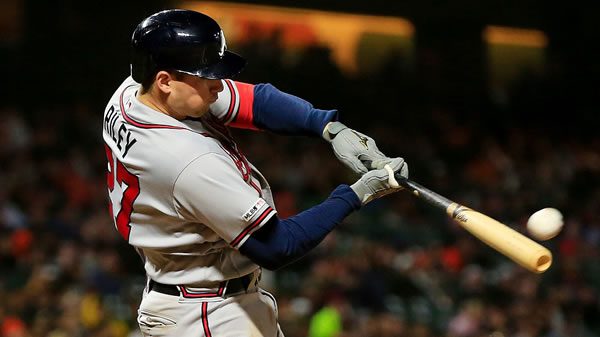 The Astros got the job done in Game 5, and now they’ve got two games at home to try to claim the World Series title after trailing 3-1. The question is, will home-field advantage really make that big of a difference? Remember, Houston was up 3-2 on Washington the last time it was in this position, and the Astros couldn’t get the job done, losing all four home games in the series and watching the Nationals celebrate on their home turf.
It might be another celebration for the visiting team if Houston can’t replicate what it showed in Game 5. The Astros’ bats have mostly been dormant during this series, but they came through when it mattered most for Houston. But the Braves now have the edge in pitching on paper, as they send Max Fried to the mound after having to go without a real starter for each of the past two games.

Rising to the Moment

I said that the Braves had the advantage on paper instead of actually having the edge because Fried hasn’t been all that great this postseason. Fried pitched well during the regular season, but in the playoffs, he’s been rather ordinary and got knocked out of the game pretty early in Game 2.
One bad start in the World Series doesn’t necessarily mean that a pitcher is useless for the whole contest, something Atlanta knows full well after the 1996 World Series, in which Andy Pettite got lit up in Game 1 before turning the series in New York’s favor by shutting down the Braves in Game 5. But we haven’t seen anything suggesting that Fried has a Pettite-like performance in him since the NLDS, so it’s going to take a fair amount of faith in either him or the Atlanta bullpen to back him here.

Luis Garcia did a fair amount of damage to himself in Game 3, which left the Astros in a hole that they never escaped in a 2-0 loss to the Braves. Garcia’s problem wasn’t that he was allowing too many hitters; it was that he couldn’t find the strike zone and gave up four walks against three hits. Normally, that wouldn’t be a problem, as Garcia only gave up one run, but Houston never scored that night, and Garcia took the loss.
Garcia was better than expected in Game 3, but he has to rein in the control issues if he’s going to get the Astros to a decisive seventh game. With how Atlanta pitching has been in this series, you have to assume that the Braves aren’t going to give up much, and any run that is scored might possibly be the only one. Garcia has pitched much better in his past two starts as far as run prevention, but he has to keep the Braves from threatening early so that Dusty Baker doesn’t go to the bullpen too early. The Houston pen is overworked, and the thing Atlanta wants most is to get deep into the Astros’ bullpen, especially in an American League park where the Braves don’t have to worry about getting Fried’s bat out of the lineup for runs.

In the World Series, the retractable roof on Minute Maid Park is closed.

Picking Atlanta on Halloween night didn’t work out so well, but picking the Braves in November just might do the trick. Atlanta has the better pitching and should be able to get the job done against an Astros bullpen that likely doesn’t have anything left.

Unless Garcia can pull seven innings out of his hat, this should be the Braves’ to lose. I’ll take Atlanta. A great way to wager on the game is via the Live Betting platform at Bovada Sportsbook! Most bookies only post live lines during commercials. They offer one for 100% of the game! It’s phenomenal! Click here to check’em out!