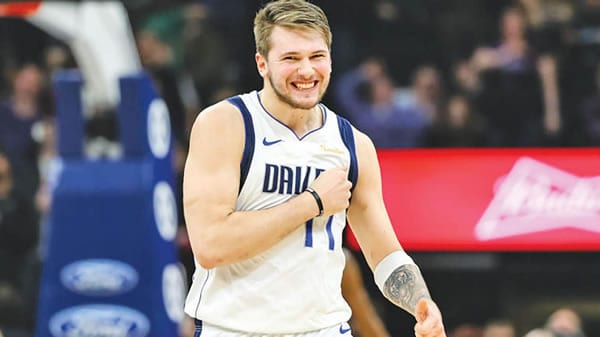 The Miami Heat enter today’s game, having won 4 straight games.
In their past 6 contests, the Heat’s have played above .500 basketball, going 5-1

As the road team, the Heat travel to Dallas with a positive plus-minus of rating 9.3 points. Overall the Heat is ranked 1st among NBA teams in per-game point differential (17pts). Among NBA teams, they have played the 9th toughest schedule.

For bettors, taking the Miami Heat to cover the spread has been a winning bet as they are covering in 83.30%% of their games.
Their season-long plus-minus against the spread is 13.8.

On offense, the team’s leading scorer is small forward Jimmy Butler. So far, Butler is averaging 25.33 points per game.

The Heat’s best three-point shooter has been Tyler Herro, connecting on 2.83 shots from downtown per game.
Bam Adebayo has been in charge of cleaning up the glass, hauling in 14.0 boards per game.

The Dallas Mavericks enter today’s game, having won 4 of their past six games. When playing at the American Airlines Center, the Mavericks are an above .500 team, having gone 3-0. This has come while playing the 21st toughest schedule.

As they get set to host the Heat, Dallas has a positive home plus-minus of 7.0 points. Overall the Mavericks are ranked 23rd among NBA teams in point differential (1.6 points per game ).

For bettors, taking the Dallas Mavericks to cover the spread has been a losing bet as they are covering the spread in just 33.30% of their games.
Their season-long plus-minus against the spread is -8.0.

On offense, the team’s leading scorer is SF Luka Doncic. So far, Doncic is averaging 22.5 points per game.

The Mavericks’ best three-point shooter has been Tim Hardaway Jr., connecting on 2.83 shots from downtown per game. Doncic has also been excellent in cleaning up the glass, hauling in 8.5 boards per game.

THE BIGGEST NBA TEASERS ON THE INTERNET: WAGERWEB

Both the Miami Heat and Dallas Mavericks come into this game looking to limit the game’s possessions. When Miami faces like-minded teams, the games tend to go even slower. However, they win just 43% of these contests

Dallas fares better vs. slow-paced teams, winning 66% of their games. On average, these matchups finish with three fewer possessions than expected

Miami’s defense will be tasked with slowing down a potent Dallas offense. When facing off vs. good offenses, the Heat allow opponents to score 3 points above average. We can expect them to win these games 30% of the time.

On the opposite side, the Mavericks offense will need to score against one of the best defensive teams in the NBA. In games against strong defenses, they outscore the league average by 5 points, winning half of their games.

The Heat have an offensive efficiency rating near the league average. When Dallas plays such teams, their opponents score 5 points above expectation. Therefore, we should expect a good scoring night for Miami.

Jimmy Butler and the Heat face off with a Mavericks defense near the league average. On average, they score at a rate 3 points above normal for NBA teams.

Last season, these two teams met up for two games. In the series, the Mavericks won both games by a combined score of 220-196. In each contest, they won by at least 10 points.

How the Public is Betting the Heats vs. Mavericks

64% are betting the Heat against the spread.

Joe’s Prediction to Cover the Spread

In tonights game. I like the Heat as the road underdogs. This season, Miami has come out looking to prove last season was a fluke, and they belong at the top of the Eastern Conference.

I also am expecting this game to go over its point total of 213.5

Because I expect this game to go over its total, I like Luka Doncic to have a big night scoring. Look for him to go over his line of 25.5 points.

Sticking with Doncic, I also like him to surpass his line of 9.5 assists. In closing, please be sure to check out our Week 9 NFL picks as they’re coming out of the oven today!