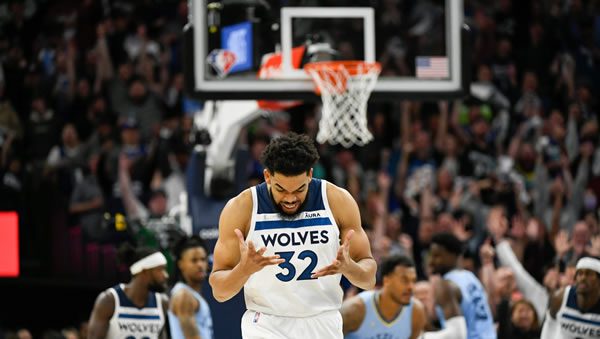 So far, the Timberwolves have put together an overall record of 4-3, while going 3-4-0 vs the
spread. In the team’s past 3 games, their overall mark sits at 2-1. Minnesota is 2-1 vs the
spread in these matchups.

The Timberwolves are coming off a disappointing 107-98 loss to the Spurs. Going into the game,
they were favored to win by 6 points. Minnesota got off to a slow start, trailing by 10 points
going into halftime. Leading the team in scoring was Karl-Anthony Towns, as he contributed 26
points while hitting 52.6% of his shots.

So far, the Suns have put together an overall record of 5-1, while going 4-2-0 vs the spread.
In today’s game, Phoenix will look to extend their 4 game-winning streak. Over this stretch, they
have an average scoring margin of 18.5 points.

In their previous game, the Suns took down the Rockets by a score of 124-109. Not only did
they come away with a straight-up win, but they also covered the spread as 12-point favorites.
Phoenix went on to win the game, as they led by 9 heading into halftime. Leading the team in
scoring was Devin Booker, as he contributed 30 points while hitting 58.3% of his shots.

Last season, the Suns finished with the leg up in their head-to-head games vs Minnesota, going
3-0. When they played the Timberwolves at home, they posted a mark of 1-0. Similar to their
season-long average, the Timberwolves averaged 112.0 points per game vs the Suns. Just like the
Timberwolves, the Suns maintained their usual level of scoring in head-to-head matchups,
averaging 119.33 points per game vs Minnesota. Across the previous 5 meetings between the teams,
the Suns have an average scoring margin of +6 points per game, leading to an ATS mark of 3-2. In
these matchups, the teams have put together an over-under mark of 3-2. Combined, they averaged
230 points in these games.

The Timberwolves come into today’s game as the 15th ranked scoring offense at 115.1 points per
game. When looking at the Timberwolves’ pace of play, they tend to play an up-tempo style of
basketball. So far, the team is in the upper half of the NBA in possessions per game, averaging
103.9. Although the team is playing at an up-tempo speed, they would benefit from scoring with
more efficiency, as they are just 17th in the league in overall field goal percentage, at
52.5%.

Against the Suns, the Timberwolves will need a stronger defensive effort as they are ranked
just 24th in points allowed.

Leading scorer Anthony Edwards will need to be on top of his game vs the Suns, as they were on
the NBA’s top teams at limiting the scoring of opposing shooting guards.

Coming into today’s action, Phoenix is averaging 118.7 points per contest. This figure places
them 1st in the league. Coming into today’s game, the Suns will be looking to improve their
3-point shooting numbers, as they are averaging just 11.2 made 3’s per game. Phoenix has managed
to put together a strong scoring offense despite being both a below-average 3-point shooting unit
and ranking just 26th in possessions per game.

Against the Timberwolves, the Suns will look to continue their strong defensive play. For the
year, they are the 9th-ranked unit at 107.33 points per game.

A key matchup to watch is if the teams leading scorer Devin Booker will be limited at all by
the Timberwolves, who are on the NBA’s top teams at limiting the scoring of opposing shooting
guards.

The Suns have had Minnesota’s number for quite some time and as good as they are, I think
we’re about to see that tide change for the next few years. They’ll get a huge boost tonight, as
Ayton will sit, giving Karl Anthony Towns free reign in the middle. This T-Wolves team is GOOD
and are going to bring everything they’ve got in a nationally televised game on TNT Tuesday
night! I’m betting Minnesota +5!