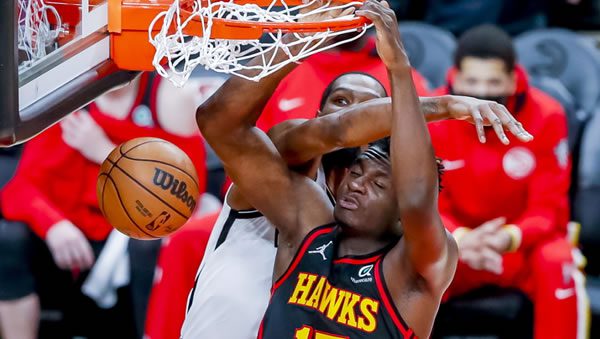 The Trail Blazers come into today’s matchup with an overall record of 8-3. So far, the team has gone 9-2-0 against the spread. The Trail Blazers entered today’s game having picked up two straight wins. They have won these games by an average of 6.5 points.

The Trail Blazers will look to keep things rolling, as they previously beat the Hornets by a score of 105-95. Heading into the game, they were 1-point favorites on the spread, giving them an ATS win. Portland entered the second half with a 5-point lead and was able to slightly extend that margin and prevent a second-half comeback by the Hornets. In the win, Damian Lillard led the team in scoring with 26 points on a field goal percentage of 50.0%.

So far, the Pelicans have put together an overall record of 6-5 while going 5-6-0 vs. the spread. Across the team’s previous three games, they have gone 1-2 straight-up and 1-2 vs. the spread.

In their previous game, the Pelicans took down the Bulls by a score of 115-111. Not only did they come away with a straight-up win, but they also covered the spread as 1-point favorites. New Orleans went on to win the game, as they led by 2 heading into halftime. Leading the team in scoring was Brandon Ingram, as he contributed 22 points while hitting 57.1% of his shots.

The Trail Blazers come into today’s game as the 23rd-ranked scoring offense at 109.4 points per game. When looking at the team’s pace of play, the Trail Blazers are currently below the league average in possessions per game, averaging just 96.9 per contest. This deliberate style of basketball has played a role in the unit ranking just 26th in made shots per game.

Defensively, Portland has had its problems giving up an average of 115.11 points per game (27th).

Damian Lillard could be in line for a big game vs. the Pelicans, as they were one of the worst units at defending point guards in the 2021-2022 regular season.

New Orleans will look to continue with their strong offensive play, as they are averaging 118.2 points per game (3rd). So far, New Orleans is averaging 101.6 possessions per game, making them one of the more up-tempo teams in the league. Thus far, the team’s faced paced style of play has helped their overall numbers as they are currently the 2nd team in made field goals per contest.

Defensively, New Orleans has had its problems giving up an average of 110.28 points per game (13th).

CJ McCollum could be in line for a big game vs. the Trail Blazers, as they were one of the worst units at defending point guards in the 2021-2022 regular season.

The Blazers are on a long road trip. With it being a long season, I expect them to sit 2-3 players tonight to preserve health. Portland is playing great, but this is a tough spot against the Pels, with it being their sixth road game in a row. Even if they don’t sit players, it’s still a grind on a back-to-back and having so many games in such few days. I’m laying the points and betting on New Orleans.