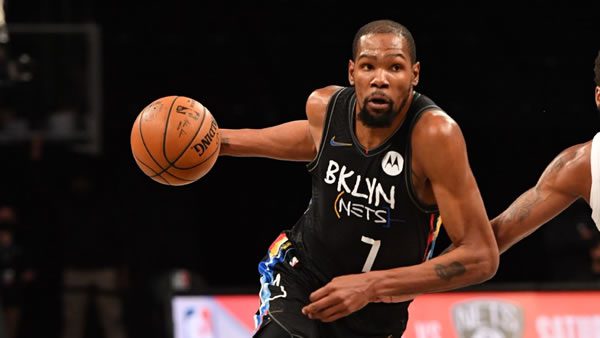 The Boston Celtics host the Brooklyn Nets in an Eastern-Conference matchup. Tip-off is set for 07:00 PM ET at the TD Garden.

The Brooklyn Nets come into this game with an overall record of 44-38, placing them 8th in the Eastern Conference. So far, Brooklyn is above .500 on the road, holding a record of 24-18. Over their last five games, the Nets have played well, picking up 4 wins. During this stretch, Brooklyn is averaging 118.0 points per game, 5.0 points more than their season average of 112.9. This uptick in offensive play has come while playing a group of opponents who are collectively giving up 108.0 points per contest. The Nets have been picking up wins while holding opponents to an average of 111.0 points per game, similar to their season average of 112.1. In the Brooklyn Nets’ most recent game, the team fell to Boston by a score of 115-114.

The Boston Celtics come into this game with an overall record of 51-31, placing them 4th in the Eastern Conference. So far, Boston is above .500 at home, holding a record of 29-13. The Celtics have played well over their last five games, picking up 4 wins. During this stretch, Boston is averaging 127.0 points per game, 15.0 points more than their season average of 111.8. This uptick in offensive play has come while playing a group of opponents who are collectively giving up 112.0 points per contest. Even though the Celtics have been adding to the win column, their opponents have had no trouble scoring the ball, averaging 109.0 points per game, up from Boston’s usual rate of 104.6. In the Boston Celtics’ most recent game, Boston took down Brooklyn by a score of 115-114.

Heading into this matchup, the Boston Celtics are the more efficient team on both ends of the court. This scenario has taken place in 34 of Boston’s 80 games, leading to a winning percentage of 62%. So far, the Brooklyn Nets have played 12 games as the inferior offensive and defensive unit. In these instances, they have lost 12 times, by an average margin of -13.0 points.

Heading into today’s matchup, the Brooklyn Nets and Boston Celtics have met up for 5 games. In their last meeting, Boston picked up a 115-114 win.

67% are betting the Nets against the spread.
52% are wagering on the game to go over the posted total of 226

The first game between Boston and Brooklyn lived up to the hype, with Jayson Tatum’s last second winner. After game one, it is apparent that this will be physical series, with each team giving maximum effort on both ends of the floor. Although they trail the series 1-0, the Nets have reason for optimism as they nearly pulled out the win, despite a sub-standard performance from Kevin Durant. In addition, role players such as Goran Dragic figure to play a big role, taking some of the scoring load of Durant and Irving. However, Boston appears to have a clear advantage inside, as they scored 56 points in the paint compared to just 32 for Brooklyn. In what figures to be another physical game, look for the Celtics to cover the 4 point spread at home. Bet your MLB picks for FREE this week by taking advantage of a 100% real cash bonus on your first deposit up to $500 at GTBets Sportsbook!