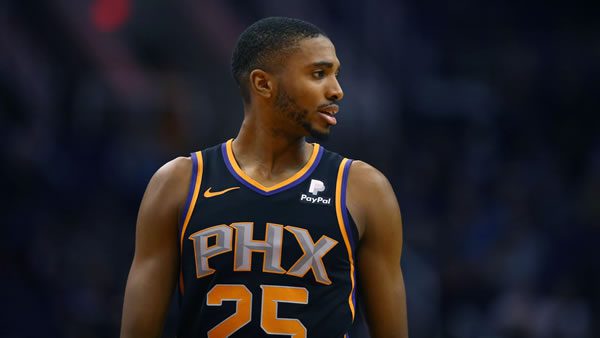 Point Spread: BKN +7.5/PHX -7.5 (Opened at 7.5 at EveryGame - Get a 200% bonus! Simply register through our link, deposit $25, go to their special offers page and enter bonus code ROOKIE200 and they’ll add an extra FIFTY BUCKS to your account!)

The Brooklyn Nets come into this game with a 29-20 record and sit 6th in the Eastern Conference. After sitting on top of the East for the first few months of the season, the Nets have met adversity with injuries to key players. Kevin Durant will return to the team later this month as the team tries to stay afloat in a tight race in the East. While just two games separate them from the number one spot, just six games separate them from being out of the playoffs entirely. The Nets have gone just 2-4 in Durant’s absence and will need to find ways to win without him as they have a tough four-game road stretch ahead of them. While their offense has been what has got them to this point, without Durant in this game, they may get their road trip off on the wrong foot as they face the best team on the hardwood. Two areas that will lose the Nets this game are turnovers and a slow defensive start. The Nets find themselves in the bottom half of the league as they commit 14.2 turnovers a game and face the Suns, who are a top 10 team at forcing turnovers. The other concern is if the Nets get out to a slow start, as they typically do on defense, giving up 29.5 points in the first quarter, which is third-worst in the league. While they average 29 points offensively in the 1st quarter, without Durant in just their last three games, they’ve averaged 24.3 in the 1st quarter, which is the 8th worst mark over that span. Despite his absence, Kevin Durant leads the team in scoring with 29.3 PPG. The Nets offense is 5th in the NBA as they average 111.9 PPG. Defensively, Brooklyn sits 18th, as they allow 110.0 PPG.

The Phoenix Suns come into this matchup with a 40-9 record and sit 1st in the Western Conference. The Suns finished the month of January with a near-perfect 13-1 record and head into February with a 10-game win streak. While their offense has been in the Top 5 all season, their defense is what has helped them dominate some of the best teams in the league. The Suns are amazing in two offensive categories this season that will be key in this game against a sub-par Nets defense. Phoenix shoots the ball better than any other team with a 47.7% field goal percentage overall and shoots even better at home, going 48.1% from the floor. The other stat that could give Phoenix an early lead in their 1st quarter scoring. The Suns average 28.7 points in the first quarter and have been even better than that mark in recent games, averaging 34.0 in their last three games. While the Suns still deal with injuries, they do have the scoring advantage in this game with a healthy Paul and Booker as the Nets have part-time Kyrie and Harden, who is dealing with a hand injury. Defensively, the Suns duo is more fundamentally sound as well. Phoenix is led in scoring by Devin Booker, who is averaging 25.1 PPG. The Suns’ offense is 3rd in the NBA as they average 112.9 PPG this season. On defense, they sit in the 7th spot as they allow 105.0 PPG.

Nets on the Road

While most teams prefer to play at home, the Nets typically look forward to their road trips as they currently have a 17-7 record on the road. Also, on the road, they pick up Kyrie Irving, who has been a valuable asset, scoring 24.5 PPG in his eight games with the team so far this season. The Nets have also given bettors a good reason to roll with them when it comes to covering on the road. In their last seven games as road underdogs, Brooklyn went 5-2 ATS. The Nets are also 5-0 ATS in their last five games on the road against teams with a home record above .600%. Though the team would love to have Durant on this road trip, they are lucking out with Irving’s availability to add another offensive dynamic to the team. Given that the Suns are still without Crowder and Ayton, who are crucial to the Suns’ defense, the 7.5-point spread in this game may be enough room to give the Nets another road win against the spread.

The Suns at home are one of the most dominant teams with a 21-5 record at Footprint Center, which is second-best in the NBA behind the Warriors. Phoenix looks to carry their momentum at home from last month into February. Though their last game ended in a win over the Spurs, I’m skeptical for the Suns to cover against a far bigger offensive juggernaut in the Nets. The Suns got out to a slow defensive start in that last game, allowing 91 points through three quarters, before surging in the fourth to put the game away. Against the spread, the Suns are also trending in the wrong direction at home. Phoenix is 1-4 ATS in their last five home games and 0-4 ATS in their last four home games when hosting a team with a winning road record. The Suns still have the right pieces to squeeze out a win at home, but the Nets have enough offensive firepower to keep this game close, especially if their defense doesn’t show up for the first three quarters again.

This matchup will be the second time these teams face this season. The first matchup took place back in November, which ended in a 113-107 final in favor of Phoenix. Looking back at the last few seasons, though, the Nets come in winners of three of the last four games and six of the last eight.

How the Public is Betting the Nets vs. Suns

54% are betting the Nets against the spread.

This cross-conference matchup features two of the most lethal offenses in the NBA. The Nets come in on a rough stretch without Kevin Durant but luckily will have Kyrie on their four-game road trip. The Suns come in winners of 10 straight games but have struggled to cover at home recently. If the Nets had Durant, I might see them being able to win this game outright, but without him, they still have a great opportunity to cover against a depleted Suns defense. Take the Brooklyn Nets to cover the 7.5-point spread. Bet your NBA picks for FREE this week by scoring a 100% real cash bonus on your first deposit of $100 to $1000 at Betnow Sportsbook! This is a REAL cash bonus! Not a crappy match play like most other books offer!