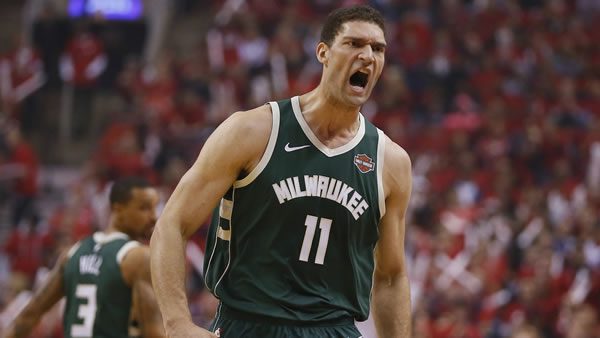 Milwaukee most recently lost to Lakers by a score of 133-129. The team high 40 points from Giannis Antetokounmpo was not enough to come away with the win. The Bucks’ were 8-point favorites going into the game.

Charlotte will be looking to build on their most recent win over the Wizards. Terry Rozier led the team to a win with his 25 points. The Hornets were 3-point underdogs on the spread, giving them an ATS win.

Today’s game will be the first head-to-head matchup between the Bucks and Hornets. Last year, the two teams played to a series split, but Charlotte won both of their games at home.

This year, the Milwaukee offense is not only near the NBA average in points at 113.1 points per game, but they are also playing at a pace similar to the league average. So far, the Bucks are ranked 16th in possessions per contest. The three-point shot has been a big part of Milwaukee’s offensive game plan, as they are ranked 6th in 3-point attempts per game. So far, they have connected on 35.1% of their looks from outside. On defense, the Bucks are allowing an average of 112.13 points per game, placing them 19th in the league. So far, opposing teams are hitting 35.73% of their looks from deep vs. Milwaukee.

Heading into the game, Giannis Antetokounmpo is the team leader in scoring at 31.8 points per game. Behind him, Brook Lopez is 2nd on the team in scoring while averaging 5.9 points per contest.

For the season, Charlotte is averaging just 109.5 points per game, which is 26th in the league. This below-average production has come despite being one of the faster-paced teams in the NBA (8th). Charlotte’s 3-point shooting numbers are below the league average, as they have hit just 32.3% of their looks from deep. On average, the team gets up 32.3 3-point shots per game, placing them 18th in the NBA. Defense has been a struggle for Charlotte, as they are currently just 114.89 in points per game allowed. The team’s 3-point shooting defense has been a problem this year. So far, opposing offenses have hit 36.29% of their looks from outside.

Kelly Oubre Jr. heads into the game as Charlotte’s top offensive weapon at 19.8 points per contest. Second on the team is P.J. Washington at 16.1 points per game.

The Hornets had the luxury of sleeping in their own beds last night, while the Bucks had to travel from Milwaukee after getting beat by the Lakers. This fishy point spread will likely have a fishy result tonight. We’re betting Charlotte +6. Bet your basketball predictions for FREE this week by scoring a 100% real cash bonus up to $500 when you use bonus code PREDICTEM on the Special Offers page at the web’s oldest and most trusted sportsbook: Everygame!