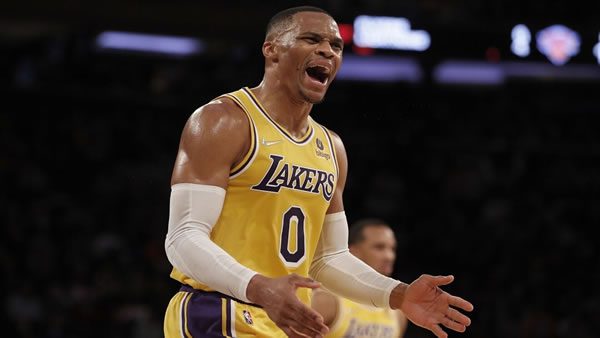 The Milwaukee Bucks come into this game with a 34-21 record and sit 2nd in the Eastern Conference. The Bucks are off to a perfect 3-0 start to February, thanks to back-to-back 137-point offensive outings. Going into this game against a bottom-tier Lakers defense, a high-scoring performance once again is expected. Aside from being the better scoring team, the Bucks are one of the best three-point shooting teams in the league, which is an area that the Lakers fall outside the top 10 at defending. Milwaukee has shot 42.9% from range over their last three games, which is 2nd best in the league. The Lakers allowed 12.7 threes per game over the same stretch, which is 18th in the league. Another area the Bucks will be able to exploit in this game is getting points in the paint. The Lakers are 26th in the league at allowing points in the paint, and as well all know, Giannis is one of the toughest players to defend going downhill to the bucket. In this game, the Bucks will be able to push the ball to the paint with ease, which in turn typically leads to an open man on the perimeter for an uncontested three. The Milwaukee offense is led by Giannis, who is having another MVP-caliber season as he averages a 29-11-6 stat line. As a team, the Bucks sit 4th as they average 112.7 PPG. Defensively, they sit dead center in the NBA with the 15th spot, allowing 108.7 PPG.

The Los Angeles Lakers come into this matchup with a 26-28 record and sit 9th in the Western Conference. After a 1-4 end to January, the Lakers have won two of their first three games to start February, including an overtime win last time on the floor against the visiting New York Knicks. After a brief absence, LeBron returned in that game and notched a triple-double, which once again shows that the team lives and dies by him filling the stat sheet in order to pull out wins. For this game, the Lakers are home underdogs, and for a good reason, as the Bucks are a healthier and more talented team from top to bottom. Being outclassed in almost every offensive category, the Lakers continue their offensive miscues due to their high turnover rates. Los Angeles still sits in the bottom five teams as they commit 14.7 turnovers a game. While Milwaukee sits 13th as they commit 13.7 turnovers a game, they were stellar over their last three games, with just 9.7 turnovers a game. The Lakers do force 14.8 turnovers a game, which is a top 10 mark, but with their own ball control issues, that stat is meaningless. The Lakers’ offense is led by LeBron, who is averaging 29.1 PPG this season. As a team, the Lakers are 11th as they average 110.9 PPG. Defensively, they sit 26th as they give up 112.3 PPG.

Bucks on the Road

The Bucks come into LA with a 15-12 road record and are 2-0 in their current four-game road trip. While dropping 137 points on the Trail Blazers to get the road trip started was an impressive mark, matching that game with 137 points on the Clippers was a statement given the Clippers have a top 10 defense. Even though a hat trick of 137-point games would be hard to pull off, the Lakers’ defense won’t make it impossible as they like to push the pace as the fastest team in the league, which means more scoring opportunities for the Bucks. For bettors, Milwaukee has delivered as of late, going 4-1 ATS in their last five games as favorites. With a manageable 4.5-point spread in this game, the Bucks should be able to create space on the scoreboard early against a Lakers team that starts slow both offensively and defensively.

The Lakers have a 17-12 home record this season and are 3-1 in their last four home games. While the odds are stacked against them once again, there is a chance for them to keep this game within reach if they can force a fourth-quarter shootout. The Bucks’ defense does play better fundamentally but also prefers a slower pace of play than the Lakers offer, which could create uncharacteristic mistakes. However, I don’t see that being the case as the Lakers will be shorthanded without Carmelo and Howard, which means more opportunities for Westbrook to turn the ball over. Though the Lakers have been good against the spread recently, going 4-1 in their last five games, they have struggled when hosting good road teams this season. Los Angeles is 1-4 ATS in their last five home games when playing a team with a winning road record. The Bucks offense will be simply too much for the mediocrity of the Lakers’ defense.

Tuesday night will be the second time the Bucks and Lakers meet this season. The first matchup back in November ended in a 109-102 final in favor of the Bucks. Dating back to last season, the Bucks come in winners of two straight and eight of the last ten.

How the Public is Betting the Bucks vs. Lakers

74% are betting the Bucks against the spread.

This cross-conference matchup features one of the top offenses in the Bucks, taking on a struggling Lakers defense. The Bucks kicked off their road trip with two straight wins with offensive dominance and are moving up every week in the East. The Lakers have been hovering just below the .500 mark the last month due to their inconsistency on both ends of the court, but primarily their defense. Though this game has the potential to be a high-scoring affair by both teams, the Milwaukee defense will have help due to the Lakers self-inflicted turnovers on offense and being without a few key players. Take the Milwaukee Bucks to cover the 4.5-point spread. Bet your Bucks vs. Lakers pick and ALL your NBA bets this week for FREE by taking advantage of a 100% real cash bonus at Betnow Sportsbook! It’s the biggest bonus EVER from a legit online sportsbook!