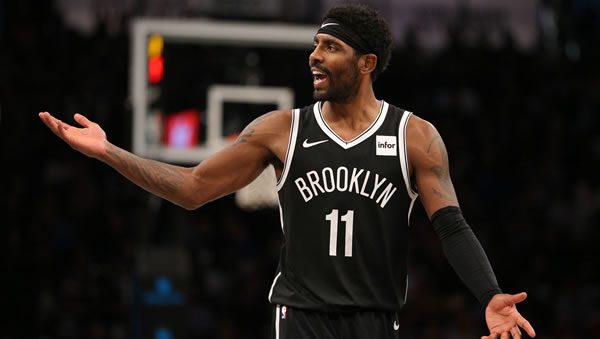 Brooklyn Nets Ben Simmons: Back (OUT) Joe Harris: Ankle (OUT)

The Brooklyn Nets host the Milwaukee Bucks in an Eastern-Conference matchup. Tip-off is set for 07:30 PM ET at the Barclays Center.

The Milwaukee Bucks come into this game with an overall record of 47-28, placing them 2nd in the Eastern Conference. So far, Milwaukee is above .500 on the road, holding a record of 21-16. Over their last five games, the Bucks have played well, picking up 3 wins. In this stretch, Milwaukee’s offense is scoring right in line with their season average, putting up 116.0 points per game. Combined, the Bucks’ last five opponents are giving up 110.0 points per contest. Even though Milwaukee has been picking up wins, their opponents have had no trouble scoring the ball, averaging 116.0 points per game, up from the Bucks’ usual rate of 111.3.In the Milwaukee Bucks’ most recent game, Milwaukee took down Philadelphia by a score of 118-116

The Brooklyn Nets come into this game with an overall record of 40-36, placing them 8th in the Eastern Conference. Throughout the season, Brooklyn has struggled in their 37 home contests, sitting at 17-20. The Nets have played well over their last five games, picking up 3 wins. During this stretch, Brooklyn is averaging 117.0 points per game, 5.0 points more than their season average of 112.4. This uptick in offensive play has come while playing a group of opponents who are collectively giving up 110.0 points per contest. The Nets have been picking up victories while holding opponents to an average of 115.0 points per game, similar to their season average of 112.1. In the Brooklyn Nets’ most recent game, Brooklyn took down Detroit by a score of 130-123.

As Milwaukee travels to take on the Brooklyn Nets, the Bucks’ leading scorer is Giannis Antetokounmpo. Through 62 games, Antetokounmpo is averaging 29 points. On the season, he has surpassed his season average in 50.0% of his games. So far, the Nets are allowing their opponent’s top scorer to surpass their season average in 49.23% of their games, placing them 15th among NBA defenses. On the other side, Kevin Durant leads the Nets in scoring, averaging 29 points across his 50 games. Throughout the season, Durant has outscored his season average in 46.0% of his outings. However, if he hopes to add to this total, Durant will need to do so against a Bucks defense that has been tough on their opponent’s top scorers. So far, leading scores have surpassed their season average at a rate of just 37.1%. This figure is good for a rank of 2nd in the league.

Heading into this matchup, the Milwaukee Bucks are the more efficient team on both ends of the court. This scenario has taken place in 18 of Milwaukee’s 37 games, leading to a winning percentage of 78%. So far, the Brooklyn Nets have played 44 games as the inferior offensive and defensive unit. In these instances, they have lost 44 times, by an average margin of -14.0 points.

Heading into today’s matchup, the Milwaukee Bucks and Brooklyn Nets have met up for 3 games. In their last meeting, Brooklyn picked up a 126-123 win.

How the Public is Betting the Bucks vs Nets

67% are betting the Bucks against the spread.
52% are wagering on the game to go over the posted total of 238.0

The Milwaukee Bucks travel to take on the Brooklyn Nets riding high after their dramatic win over the Philadelphia 76ers. With the victory, Milwaukee now holds the second seed by themselves. However, they still have a narrow 1 game lead over Boston and Philly. Depending on how things shake out in the standings and play-in tournament, there is still a chance that Milwaukee and Brooklyn will meet in the first round of the Eastern Conference playoffs. As for the Nets, they will look to finish the season strong by holding off Charlotte for the 8th seed, ensuring a home game in the play-in tourney. With Brooklyn sitting as 1.5 point favorites, look for the Bucks to continue their tear through the East, picking up the win and covering the spread.