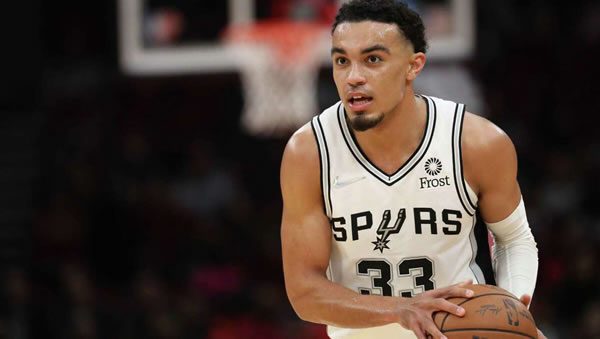 Point Spread: MIL +2/ SA -2 (Did you know that you could be betting on games at -105 odds instead of -110? Read more about how to bet on games at reduced juice and start saving BIG bucks TODAY!)

The Bucks will look to keep things rolling, as they previously beat the Thunder by a score of 136-132. Heading into the game, they were 1-point favorites on the spread, giving them an ATS win. Milwaukee and the Thunder entered the second half all tied at 55. In the win, Jevon Carter led the team in scoring with 36 points on a field goal percentage of 55.6%.

The Spurs come into today’s matchup with an overall record of 5-7. So far, the team has gone 7-5-0 against the spread. San Antonio will take the court, having lost 5 straight games. On average, they have lost these games by -16.6 points per game.

San Antonio will be gunning to get in the win column vs Milwaukee, as they previously lost to the Grizzlies by a score of 124-122. However, because they entered as 6 point underdogs, they came away with an ATS win. San Antonio was not able to turn things around in the 2nd half, as they trailed the Grizzlies by 2 going into halftime. Leading the team in scoring was Jakob Poeltl, as he contributed 22 points while hitting 83.3% of his shots.

The Bucks come into today’s game as the 14th-ranked scoring offense at 113.6 points per game. The Bucks come into the game as one of the league’s better 3-point shooting teams, connecting at a rate of 13.7 made 3’s per game. Despite shooting the ball well from outside, Milwaukee has not done a good job taking care of the ball. So far, they are averaging 14.5 turnovers per game.

Defensively, Milwaukee has had its problems giving up an average of 112.13 points per game (19th).

One thing to watch will be if Giannis Antetokounmpo will be able to take advantage of his matchup vs the Spurs. Last year, they were ranked just 13th in points allowed to power-forwards.

This season, the San Antonio offense has had their problems scoring the ball as they are a below-average unit at 113.7 points per game. The Spurs come into the game as one of the league’s better 3-point shooting teams, connecting at a rate of 13.5 made 3’s per game. The Spurs’ offense could be a candidate to see their overall numbers improve as they are not only a strong 3-point shooting unit but are an above-average team in terms of pace.

Against the Bucks, the Spurs will need a stronger defensive effort as they are ranked just 23rd in points allowed.

A key matchup to watch is if the team’s leading scorer Keldon Johnson will be limited at all by the Bucks, who are on the NBA’s top teams at limiting the scoring of opposing small forwards.

The Bucks are likely to treat this game as a “get healthy” and get out of San Antonio event. Don’t be surprised if they get blown out. I’m laying the -1 with the Spurs. Check out this killer offer! Get a 125% REAL CASH bonus up to $400 and get a FREE HALF POINT every time you bet your favorite NFL, college football, NBA and college basketball team! Get all this plus a sweet player rewareds program by signing up and entering bonus promo code PREDICTEM at GTBets Sportsbook! They’ve been with us for over 10 years with ZERO complaints!