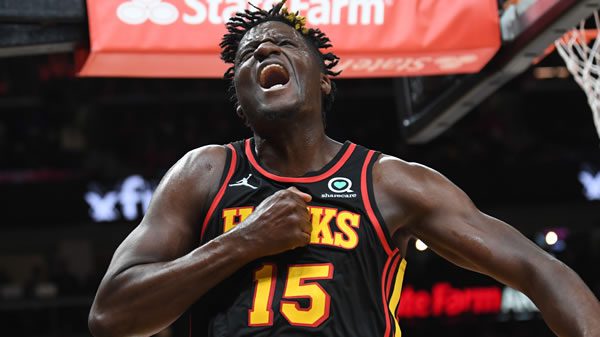 Heading into the game, Chicago is 11-14 overall. When taking to the road, Chicago has a mark of 4-9 and a win percentage of 31.0%. Currently, the team is 11th in the Eastern Conference. So far, they are 12-13-0 vs. the spread. In their matchup against Atlanta, the Chicago Bulls have won 2 straight games and will look to push that mark to 3 in a row.

In their last game, Chicago defeated the Mavericks (144-115) as 5-point favorites. DeMar DeRozan led the team with 28 points on 69.2% shooting. The Bulls also covered the spread with the victory.

Heading into the game, Atlanta is 13-13 overall. When playing at home, Atlanta has a mark of 8-5 and a win percentage of 62%. Currently, the team is 7th in the Eastern Conference. So far, they are 11-14-1 vs. the spread. The Hawks need a win in today’s matchup vs. Chicago to avoid their 4th straight loss.

Atlanta most recently lost to the Nets by a score of 120-116. The team high 33 points from Trae Young was not enough to come home with the win. The Hawks were 7-point favorites going into the game.

In last year’s regular-season games with the Hawks as the home team, Atlanta and Chicago played to a split. However, the Bulls won the overall season series 3-1. In last year’s head-to-head meetings, the Bulls averaged 124.25 points per game vs. Atlanta, which was an increase over their season-long average. While the Bulls saw a boost in scoring, the Hawks averaged 118.25 points per contest in head-to-head meetings vs. Chicago. This figure was similar to their season-long average. Spanning across the last five head-to-head matchups, the Bulls and Hawks have been competitive, with an average margin of victory sitting at just 2 points per game. This has resulted in a 3-2 ATS record for Chicago. A combined average of 234 points per game was achieved in these matchups, leading to an over-under mark of 3-2.

This season, the Bulls have loved to get up and down the court, as they are currently 10th in the league in possessions per game. However, this has not fully translated into the offensive success they are looking for, as Chicago is 15th in scoring at 113.0 points per game. Chicago heads into the game as one of the top 3-point shooting teams in terms of percentage. So far, they have hit 36.6% of their looks from deep. However, they are currently ranked just 30th in 3-point attempts per contest. On defense, the Bulls are allowing an average of 112.0 points per game, placing them 17th in the league. So far, teams have shot 36.4% on their looks from outside vs. Chicago. This figure places them 23rd in 3-point shooting defense.

Going into today’s game, DeMar DeRozan is the leading scorer for the Chicago team, with an average of 25.6 points per game. This season, his field goal percentage is 50.9%. The team’s second top scorer is Zach LaVine, who is averaging 21.9 points per game.

This season, the Hawks have loved to get up and down the court, as they are currently 9th in the league in possessions per game. However, this has not fully translated into the offensive success they are looking for, as Atlanta is 14th in scoring at 113.2 points per game. Atlanta has struggled with their 3-point shot this season, as they are currently ranked just 29th in 3-point shooting percentage at 32.1%. In addition, they are near the bottom of the league in attempts, at just 30.1 attempts per contest. The defense for Atlanta has been mediocre at best allowing 113.85 points per game. The team’s 3-point shooting defense has been a problem this year. So far, opposing offenses have hit 36.43% of their looks from the outside.

Heading into today’s game, Atlanta will need a strong offensive effort from Trae Young and the team’s supporting cast, as Dejounte Murray won’t be available vs. Chicago. So far, Murray is averaging 20.8 points per game. Young leads the Hawks at 27.5 points per contest.

This is a bad matchup for a banged-up Atlanta team facing a Bulls team that’s in the midst of heating up. I’m taking the points with the Bulls!