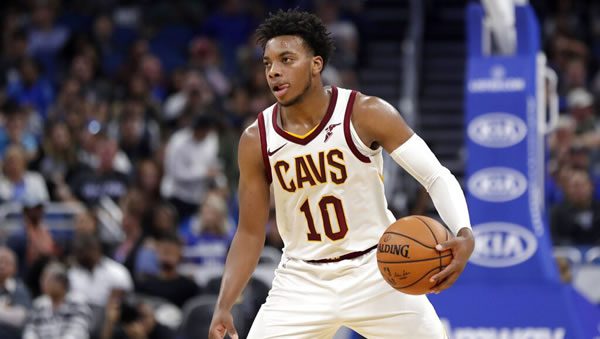 Point Spread: CLE -2.0/ LAC +2 (Bet it and ALL your basketball/football wagers at -105 instead of the spendy -110 your bookie is socking you! Find this great money saving offer at BAS Sportsbook!)

The Cavaliers come into today’s matchup with an overall record of 8-1. So far, the team has
gone 8-1-0 against the spread. Cleveland will be going for their 9 in today’s game as they have
rattled off eight straight wins.

The Cavaliers will look to keep things rolling, as they previously beat the Lakers by a score
of 114-100. Heading into the game, they were 5-point favorites on the spread, giving them an ATS
win. Cleveland actually trailed the Lakers by six before putting themselves on top with a strong
3rd quarter performance. Going into the final period, the team led by 7. Leading the team in
scoring was Donovan Mitchell, as he contributed 33 points while hitting 58.8% of his shots.

The Clippers come into today’s matchup with an overall record of 5-5. So far, the team has
gone 3-6-1 against the spread. Across the team’s previous three games, they have gone 2-1 straight-up
and 2-1 vs. the spread.

In their previous game, the Clippers were favored to win vs. the Jazz. However, their 110-102
loss gave them both a straight-up and ATS defeat. Los Angeles was not able to make a comeback in
this matchup, as they went into the half down by 7. In the loss, Paul George led the team in
scoring with 34 points on a field goal percentage of 50.0%.

In last year’s two head-to-head meetings, the Cavaliers came out on top in both games. Similar
to their season-long average, the Cavaliers averaged 106.0 points per game vs. the Clippers. While
the Cavaliers were able to maintain their usual level of production against Los Angeles, the
Clippers averaged fewer points per game in the series, at 95.0. The Clippers have had the better
record vs. the spread over the last five games, going 3-2. The team’s average scoring margin in these
contests sits at 12 points per game. A combined average of 216 points per game was achieved in
these matchups, leading to an over-under mark of 2-2-1.

Coming into today’s action, Cleveland is averaging 116.2 points per contest. This figure
places them 8th in the league. So far, the Cavaliers are averaging 100.1 possessions per game,
which places them below the NBA average. This deliberate style of basketball has played a role in
the unit ranking just 14th in made shots per game.

Defensively, the Cavaliers are one of the top-performing units in the league, giving up 105.67
points per contest (5th).

A key matchup to watch is if the team’s leading scorer Donovan Mitchell will be limited at all
by the Clippers, who are on the NBA’s top teams at limiting the scoring of opposing shooting
guards.

The Clippers come into today’s game as the 30th-ranked scoring offense at 102.3 points per
game. Coming into today’s game, the Clippers will be looking to improve their 3-point shooting
numbers, as they are averaging just 10.1 made 3’s per game. If the Los Angeles offense is going
to turn things around, not only do they need to improve their outside shooting but they must do a
better job protecting the ball. Currently, they are averaging 15.6 turnovers per game.

So far, the Clippers have played well defensively, as they are ranked 11th in the league at
108.39 points per contest.

Leading scorer Paul George will need to be on top of his game vs. the Cavaliers, as they were
on the NBA’s top teams at limiting the scoring of opposing small-forwards.

The Cavaliers new pieces are starting to gel in a big way.
I’m betting on them to run the table tonight and cover the spread! Bet your NBA picks for FREE all week by scoring a 100% real cash bonus on your first deposit up to $500 when you use bonus code PREDICTEM at Betnow Sportsbook!