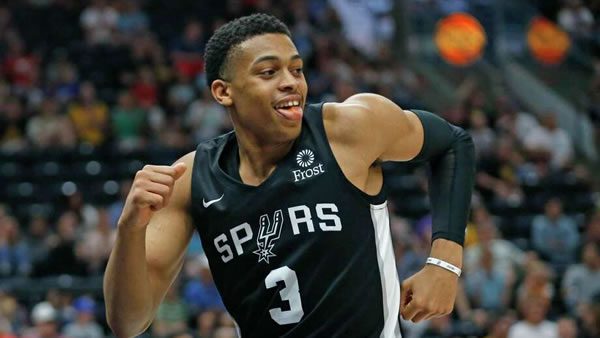 In their last game, Cleveland defeated the Thunder (110-102) as 4-point favorites. Caris LeVert led the team with 22 points on 40.9% shooting. The Cavaliers also covered the spread with the victory.

Heading into the game, San Antonio is 8-18 overall. When playing at home, San Antonio has a mark of 4-10 and a win percentage of 29%. Currently, the team is 14th in the Western Conference. So far, they are 11-15-0 vs. the spread. San Antonio will look to stay hot in today’s game vs. Cleveland as they are the winners of 2 straight games.

After their win against the Heat, San Antonio will be looking to continue their momentum. Keldon Johnson had a big game, scoring 21 points to help lead the team to victory. As 12-point underdogs on the spread, the Spurs were able to come home with an ATS win

This season, Cleveland is averaging just 110.9 points per game, which places them 21st in the league. A major reason for these low numbers is the fact that they play at one of the slower paces in the NBA at just 96.8 possessions per game. Cleveland heads into the game as one of the top 3-point shooting teams in percentage. So far, they have hit 37.3% of their looks from deep. However, they are currently ranked just 22nd in 3-point attempts per contest. Defensively, the Cavaliers have been one of the best units in the NBA, allowing just 105.67 points per game. So far, they have allowed a 3-point shooting percentage of 35.29%, placing them 16th in the NBA.

Heading into the game, Donovan Mitchell is listed as questionable on the injury report. This season, he leads the team with a per-game scoring average of 29.0. Currently, Darius Garland is 2nd on the team in scoring at 21.6 points per game.

For the season, San Antonio is averaging just 110.0 points per game, which is 25th in the league. This below-average production has come despite being one of the faster-paced teams in the NBA (7th). The Spurs have been able to put together a strong offensive attack despite sitting just 23rd in 3-point shooting percentage. Overall, they are among the league leaders in attempts at 33.9 attempts per game. The defense has been a struggle for San Antonio, as they are currently just 113.04 in points per game allowed. In terms of their 3-point defense, opposing teams have hit 35.84% of their looks from deep, placing the Spurs 20th in the NBA.

Coming into today’s game, Keldon Johnson is the leading scorer for San Antonio at 20.9 points per game. This season, Johnson has a field goal percentage of 40.8%. The team’s second-leading scorer is Devin Vassell, at 20.4 points per contest.

There’s no way in hades I’m laying -5.5 points with a team that is 1-7 in their last eight road games! Take the points with the Spurs! Bet your NBA predictions for FREE this week by scoring a 125% real cash bonus up to $400 and get a FREE half point everytime you bet your favorite teams simply by entering promo code PREDICTEM at GTBets Sportsbook!