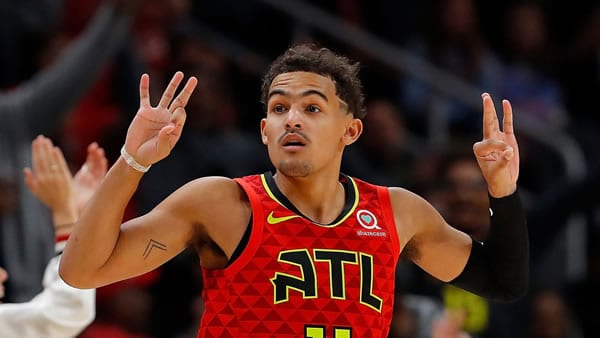 The Boston Celtics enter today’s game, having won 2 straight games.
In their past ten contests, the Celtics have played above .500 basketball, going 7-3. As the road team, Boston travels to Atlanta with a plus-minus of rating of 1.9 points. Overall the Celtics are ranked 8th among NBA teams in point differential (0.9) while playing the 16th toughest schedule.

For bettors, taking the Boston Celtics to cover the spread has been a losing bet as they have covered the spread in 48% of their games. Their season-long plus-minus against the spread is 0.8.

On offense, the team’s leading scorer is SF Jayson Tatum. So far, Tatum is averaging 26.04 points per game, placing him third among small forwards. Despite having a down year from behind the arc, Tatum has still managed to be one of the game’s best scorers. Through 45 games, he is knocking down three-pointers at a rate of just 33%. Behind him is Jaylen Brown at 24 points per contest.

The Atlanta Hawks enter today’s game, having won 5 straight games. This winning streak couldn’t have come at a better time, as they had previously lost five straight. On the year, they have played the 9th most difficult schedule. As they get set to host the Celtics, Atlanta has a positive home plus-minus of 2.0 points. Overall the Hawks are ranked 17th among NBA teams in point differential (1.6).

For bettors, taking the Atlanta Hawks to cover the spread has been a losing bet as they are covering the spread in 42.60% of their games. Their season-long plus-minus against the spread is -1.7.

Coming into this matchup, both the Atlanta Hawks and Boston Celtics are near the middle of the pack in pace. However, between the two teams, Boston is more likely to take shots from behind the arc, ranking 11th at 36.2 three-point attempts per game. On the other side, Atlanta ranks just 22nd in three-point shots taken.

Even though Atlanta is below the league average in three-point attempts, they are also one of the more efficient teams with their opportunities. On the season, they are ranked 3rd in a three-point shooting percentage at 37.5%. This hot shooting helps them also rank in the top-10 in overall points per game. However, in tonight’s matchup, they will be taking on a top-10 Celtics defense, giving up just 104 points per contest. A key reason for their defensive success is their ability to defend the three-point arc. So far, Bostons’ opponents are hitting just 34% of their looks from outside.

Tonight’s matchup between the Celtics and Hawks will be their second meeting of the season. In the first matchup, Atlanta won by a score of 110-99.

How the Public is betting the Celtics vs Hawks

57% are betting the Celtics against the spread.

Coming into this game, the Atlanta Hawks are -2 point home favorites. Although both teams are playing well, the Hawks are red hot, having won 5 straight contests. Not only has Atlanta been picking up wins, but they are have also covered the spread in each of their five most recent wins. Even with an injury to Bogdan Bogdanovic, I still like the Hawks to pick up their 6th straight win and cover the spread.

Even though I see Boston losing the game, I still like Jayson Tatum to go over his point total prop. On the season, Tatum has surpassed 25 points in half of his games. In addition, he will be matched up with a defensive unit ranked 23rd in opponent’s shooting percentage. Note: If you’re live betting NBA games, you’re missing out if you’re not doing so at Bovada Sportsbook! Their platform is incredible! Faster processing of bets, more options and they cover way more games than other books!