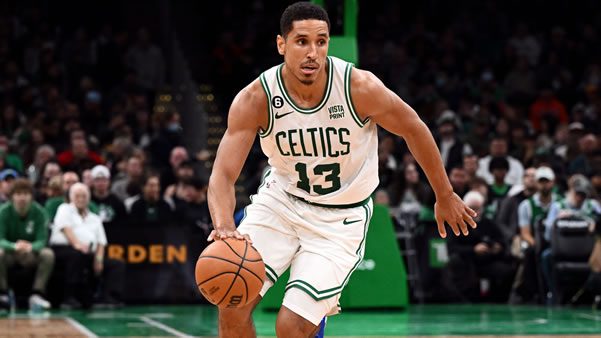 Heading into the game, Boston is 21-7 overall. When taking to the road, Boston has a mark of 10-5 and a win percentage of 67.0%. Currently, the team is 1st in the Eastern Conference. So far, they are 17-11-0 vs. the spread. Boston travels to take on the Lakers hoping to avoid their 3rd straight loss.

In their most recent matchup, Clippers defeated Boston with a score of 113-93. Jaylen Brown scored the most points for the team with 21, but it was not enough to earn the win. The Celtics were 4 points ahead going into the game.

In their last game, Los Angeles defeated the Pistons (124-117) as 5-point favorites. LeBron James led the team with 35 points on 58.3% shooting. The Lakers also covered the spread with the victory.

For the season, Boston has put together one of the top-scoring offenses in the NBA at 119.3 points per game. When looking at their style of play, the team is currently near the league average in pace, averaging 99.4 possessions per contest. The Celtics have been able to put together a strong offensive attack despite sitting just 2nd in 3-point shooting percentage. Overall, they are among the league leaders in attempts at 41.4 attempts per game. Defensively, the Celtics have been one of the best units in the NBA, allowing just 104.48 points per game. So far, they have done an excellent job defending the 3-point arc, allowing teams to hit just 33.86%.

This season, Los Angeles is among the league leaders in scoring, averaging 114.8 points per game. So far, the Lakers are also one of the more up-tempo teams in the league, sitting at 102.8 possessions per game. Los Angeles has struggled with their 3-point shot this season, as they are currently ranked just 28th in 3-point shooting percentage at 32.2%. In addition, they are near the bottom of the league in attempts, at just 30.2 attempts per contest. The Los Angeles defense hasn’t been effective for the most part, as they are currently allowing 115.15 points per game. In terms of their 3-point defense, opposing teams have hit 35.38% of their looks from deep, placing the Lakers 18th in the NBA.

Going into today’s game, Anthony Davis is the leading scorer for the Los Angeles team with an average of 27.7 points per game. This season, his field goal percentage is 59.6%. The team’s second top scorer is LeBron James, who is averaging 26.2 points per game.

The Lakers return home after a long six-game road trip. Teams tend to have tired legs after that long of travel. I’m betting the Celtics to return to form in a big TNT game after a couple of losses in their last two games.