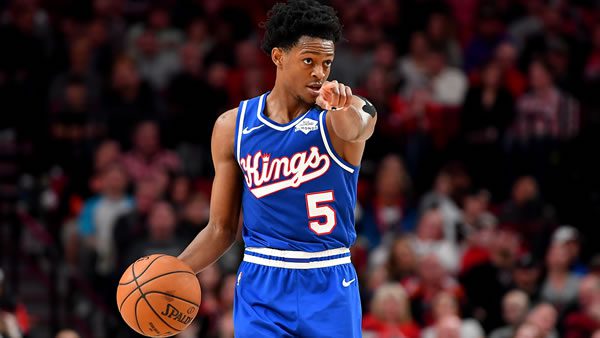 So far, the Clippers have put together an overall record of 1-0, while going 1-0-0 vs the
spread. In their previous game, the Clippers took down the Lakers by a score of 103-97. Not only
did they come away with a straight-up win, but they also covered the spread as 5 point favorites.
Los Angeles and the Lakers entered the second half all tied at 56. In the win, Paul George led
the team in scoring with 15 points on a field goal percentage of 33.3%.

The Kings come into today’s matchup with an overall record of 0-1. So far, the team has gone
0-1-0 against the spread. The Kings are coming off a disappointing 115-108 loss to the Trail
Blazers. Going into the game, they were favored to win by 3 points. Sacramento went on to lose
the game despite leading by 4 heading into halftime. In the loss, De’Aaron Fox led the team in
scoring with 33 points on a field goal percentage of 57.1%.

In the 2021-2022 season, the Clippers and Kings split the series, with each team going 2-2.
This year, Sacramento will look to do a better job at home, as they also split their games at the
Golden 1 Center. Similar to their season-long average, the Clippers averaged 109.0 points per
game vs the Kings. While Los Angeles was able to maintain their usual level of production against
Sacramento, the Kings averaged fewer points per game in the series, at 103.75. When looking at
how these teams have performed vs the spread in recent matchups, the Kings have an ATS mark of
3-2. Yet, the Clippers have averaged more points per game in these contests, at 109 compared to
Sacramento at 109. A combined average of 214 points per game was achieved in these matchups,
leading to an over-under mark of 1-4.

The Clippers come into today’s game as the 29th ranked scoring offense at 103.0 points per
game. So far, the Clippers are averaging 26th possessions per game, which places them below the
NBA average. Despite this up-tempo style of basketball, the unit is still a below-average group
in made fields goals per contest, averaging just 37.0 made shots per game.

A key matchup to watch is if the teams leading scorer John Wall will be limited at all by the
Kings, who are on the NBA’s top teams at limiting the scoring of opposing point-guards.

The Kings come into today’s game as the 26th ranked scoring offense at 108.0 points per game.
When looking at the team’s pace of play, the Kings are currently below the league average in
possessions per game, averaging just 101.23 per contest. A key aspect of the team’s offensive
struggles is the fact that they not only play at a slow pace but they struggle to score inside.
Heading into today’s game, Sacramento is just 28th in shots made inside the arc.

A key matchup to watch is if the teams leading scorer De’Aaron Fox will be limited at all by
the Clippers, who are on the NBA’s top teams at limiting the scoring of opposing
point-guards.

I’m always leery of an NBA team with too many stars. I’m also a fan of betting against teams
with players who haven’t played together very much, as chemistry is the most important variable
in winning at basketball and it takes time to gel. I’m betting the much improved Kings plus the
points!