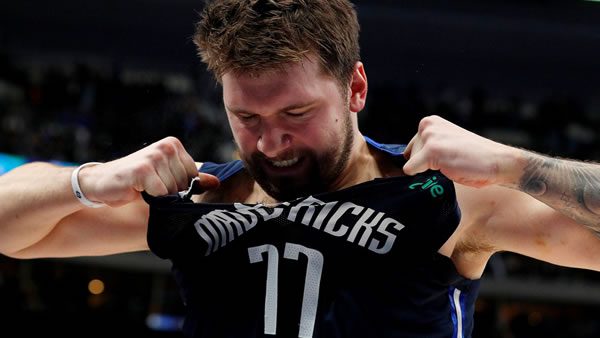 The Los Angeles Lakers host the Dallas Mavericks in a Non-Conference matchup. Tip-off is set for 10:00 PM ET at the Staples Center.

The Dallas Mavericks come into this game with an overall record of 36-25, placing them 6th in the Western Conference. So far, Dallas is above .500 on the road, holding a record of 16-14. Over their last five games, the Mavericks have played well, picking up 3 wins. In this stretch, Dallas’s offense is scoring right in line with their season average, putting up 109.0 points per game. Combined, the Mavericks’ last five opponents are giving up 106.0 points per contest. The Mavericks have been picking up wins while holding opponents to an average of 106.0 points per game, similar to their season average of 103.4. In the Dallas Mavericks’ most recent game, Dallas took down Golden State by a score of 107-101

The Los Angeles Lakers come into this game with an overall record of 27-33, placing them 9th in the Western Conference. So far, Los Angeles is above .500 at home, holding a record of 18-15. Over the Lakers’ last five games, they have picked up just 1 win. In this stretch, Los Angeles’s offense is scoring right in line with their season average, putting up 105.0 points per game. Combined, the Lakers’ last five opponents are giving up 108.0 points per contest. In this recent cold stretch, the Lakers are allowing an average of 111.0 points per game, similar to their usual rate of 112.4. In the Los Angeles Lakers’ most recent game, the team fell to New Orleans by a score of 123-95.

Heading into this matchup, the Dallas Mavericks are the more efficient team on both ends of the court. This scenario has taken place in 14 of Dallas’s 29 games, leading to a winning percentage of 64%. So far, the Los Angeles Lakers have played 40 games as the inferior offensive and defensive unit. In these instances, they have lost 40 times, by an average margin of -13.0 points.

Heading into today’s matchup, the Dallas Mavericks and Los Angeles Lakers have met up for 1 game. The Lakers took game one by a score of 107-104.

How the Public is Betting the Mavericks vs Lakers

80% are betting the Mavericks against the spread.

The Mavericks and Lakers come into this game trending in different directions. In their last game, Dallas came back to take down the Warriors on the road, while Los Angeles was booed off the court after being blown out by the Pelicans. To make matters worse, Lebron James is listed as questionable. I am taking Dallas to pick up the win and cover the spread. Bet your NBA picks for FREE this week by taking advantage of a 100% REAL CASH bonus on your first deposit of $100 to $300 at MyBookie Sportsbook! (Must use bonus code PREDICT100).