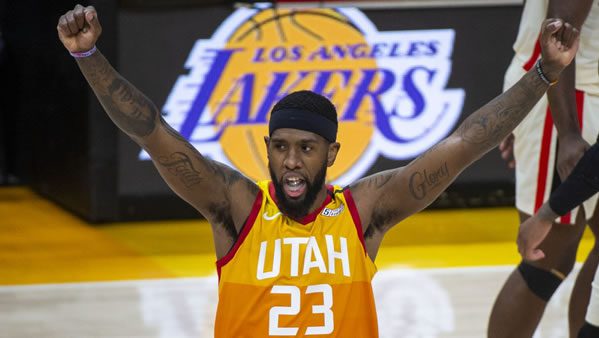 Point Spread: DEN +1.5/UTA -1.5 (Opened at 1.5 EveryGame - The oldest and most trusted sportsbook on the web! - Formerly Intertops)

The Denver Nuggets come into this game with a 28-22 record and sit 6th in the Western Conference. The Nuggets closed out December on a five-game win streak and have become a true contender in the West as the stellar defense that got them through most of the season now has an offense that has come alive in recent weeks. Over their last three games, Denver has averaged 122.3 PPG, which is 5th best over that span. Heading to the Jazz in this game, they will need another high-scoring effort against one of the best offenses this season. If we were looking at this matchup a few weeks ago, I’d roll with the Jazz all day, but as the spread shows, these two teams are much more even now that the Jazz lost Joe Ingles and will be without Donovan Mitchell in this game as well. Removing Mitchell alone will prove to be difficult against the Denver defense, which has been their cornerstone this season. One offensive area that will be a difference-maker in this game is Denver’s ball security. Denver has averaged four fewer turnovers over their last three games than Utah, which in a close game is all the difference you need to give yourself a few more scoring opportunities. Denver is led on offense by Nikola Jokic, who is averaging 26.0 PPG this season. With their recent offensive surge, the Nuggets have moved up to the 14th spot on offense as they average 109.2 PPG. On defense, they sit 11th as they give up 107.4 PPG.

The Utah Jazz come into this game with a 30-21 record and sit 4th in the Western Conference. After climbing the ranks in the West with the best scoring offense in the league, their offense has become their downfall in recent weeks as they’ve dropped five straight games. In those five losses, the Jazz were unable to surpass their season average of 113.5 PPG in any of those games. In fact, the last time the Jazz bettered their average was ironically against the Nuggets back on January 16th. Despite 1.5-point favorites in this game, the Jazz has the odds against them as they face a rolling Nuggets team and are depleted in their offensive department. Part of their downfall has been slow starts in the first quarter, and as of late, they match up poorly with the Nuggets in the first frame. The Jazz has averaged just 22.7 points in the 1st quarter over their last three games, while the Nuggets have averaged 29 points. As the Jazz rely so heavily on their offense, if a slow start happens once again in this game, the Denver defense will make it difficult for them to come back without Mitchell, who is their top scorer as he is averaging 25.5 PPG. As a team, the Jazz has fallen into the 2nd spot offensively, averaging 113.5 PPG. On defense, the Jazz has slipped as well, now allowing 107.8 PPG, which is 13th best in the NBA.

The Denver Nuggets have had an impressive season thus far, given they are without Porter and Murray, their star scorers. On the road, the Nuggets are 15-13 and had an impressive road stretch to end January with four straight road wins. Last time on the floor, the Denver defense was outmatched as they gave up 130 points as they lost to the Timberwolves. For bettors, the Nuggets haven’t been very good against the spread and have a small margin to cover in this game. As Denver played last night, they will come into this game with no rest, which hasn’t been a strong point for them this season, going 0-5-1 ATS in their last six games playing with no rest.

The Jazz have an admirable 15-10 record at home this season, though playing at home hasn’t been their strong suit lately. The Jazz had just one home win in January against the Pistons, which means they haven’t fared well with the spread either. In all their home games, the Jazz is just 8-16-1 ATS and haven’t covered the spread at home since their December 15th win over the Clippers. As just 1.5-point favorites in this game, it is hard to back the home team in this one with their missing pieces. Rather, I see the most value in the total for this game. In their last four home games, the under hit due to their lackluster offensive efforts. Facing the Nuggets defense, I don’t see the Jazz breaking through just yet offensively, which will give the under a great chance to hit in this game once again.

Wednesday night will be the fourth time that these teams face off this season. The first three contests ended in Jazz victories, with their most recent game on January 16th ending in a lopsided 125-102 final. Dating back to last season, the Jazz has won four straight and five of the last six matchups.

More Picks: Joe has two best bets on the Grizz at Knicks game - check it out >>>

How the Public is Betting the Nuggets vs. Jazz

52% are betting the Jazz against the spread.

This Western Conference matchup features two teams that have become very familiar with each other in now their fourth matchup of the season. Though the Jazz got the last laugh in the last four games against the Nuggets, the spread suggests a close matchup in this game with key players missing on Utah’s side. With each team riding negative trends into this game against the spread, I’m rolling with the total in this one. Denver has struggled offensively on the road as a whole this season and come in with no rest after a brutal loss to Minnesota last night. The Jazz has struggled offensively over the last few weeks and come in without Mitchell and now Joe Ingles, who is feared to be out the rest of the season. Given these offensive trends for both teams, I’m taking the UNDER on the 226.5 total in this game. Bankroll running low? Grab a 100% REAL CASH bonus on your first deposit of $100 to $500 at GTBets!